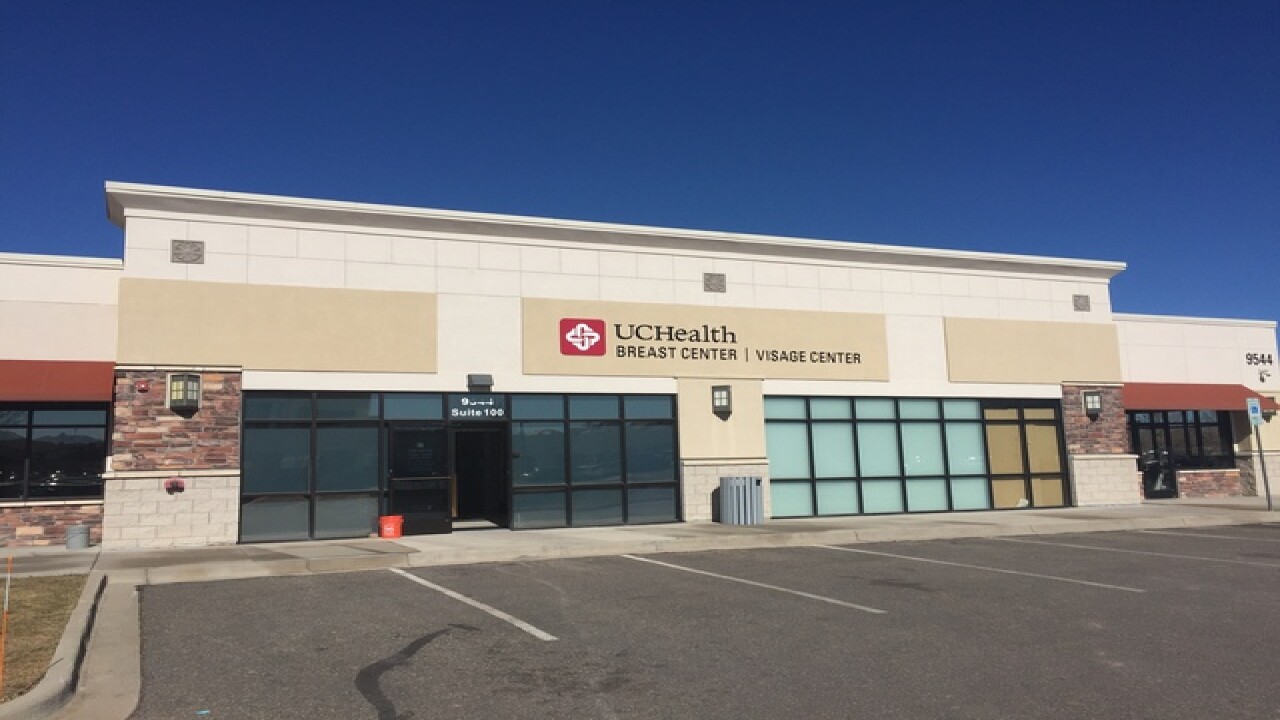 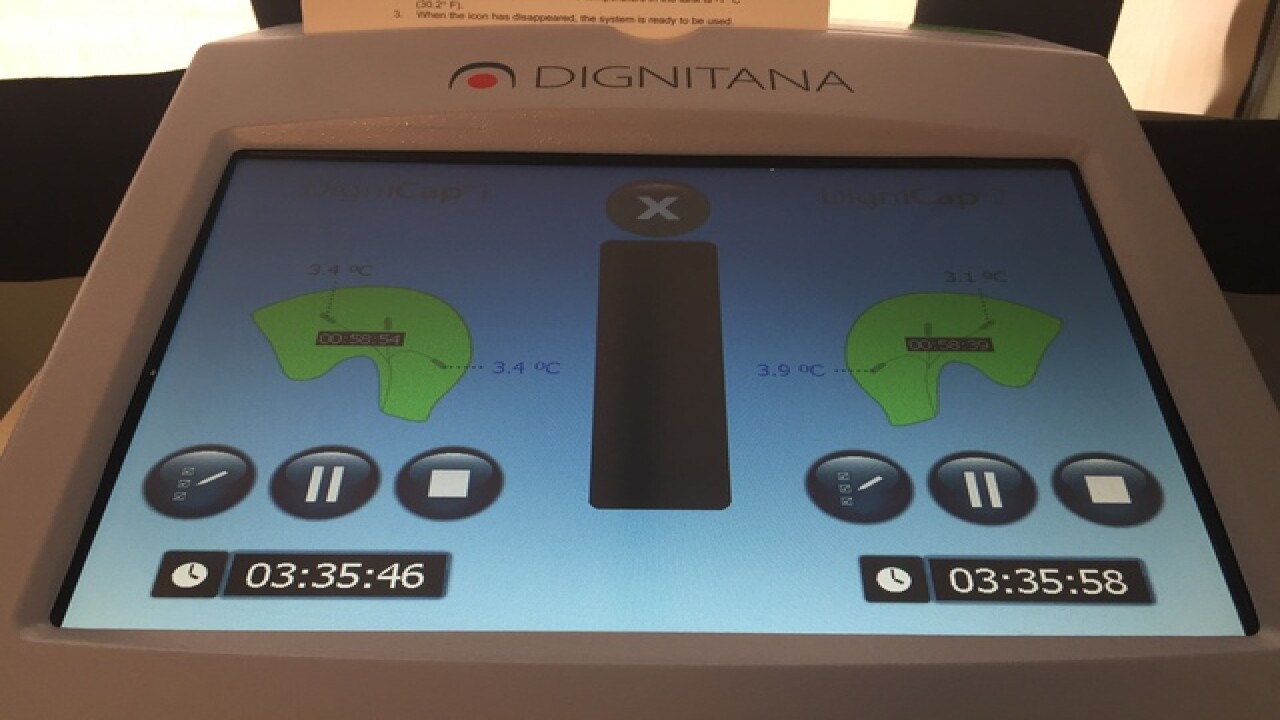 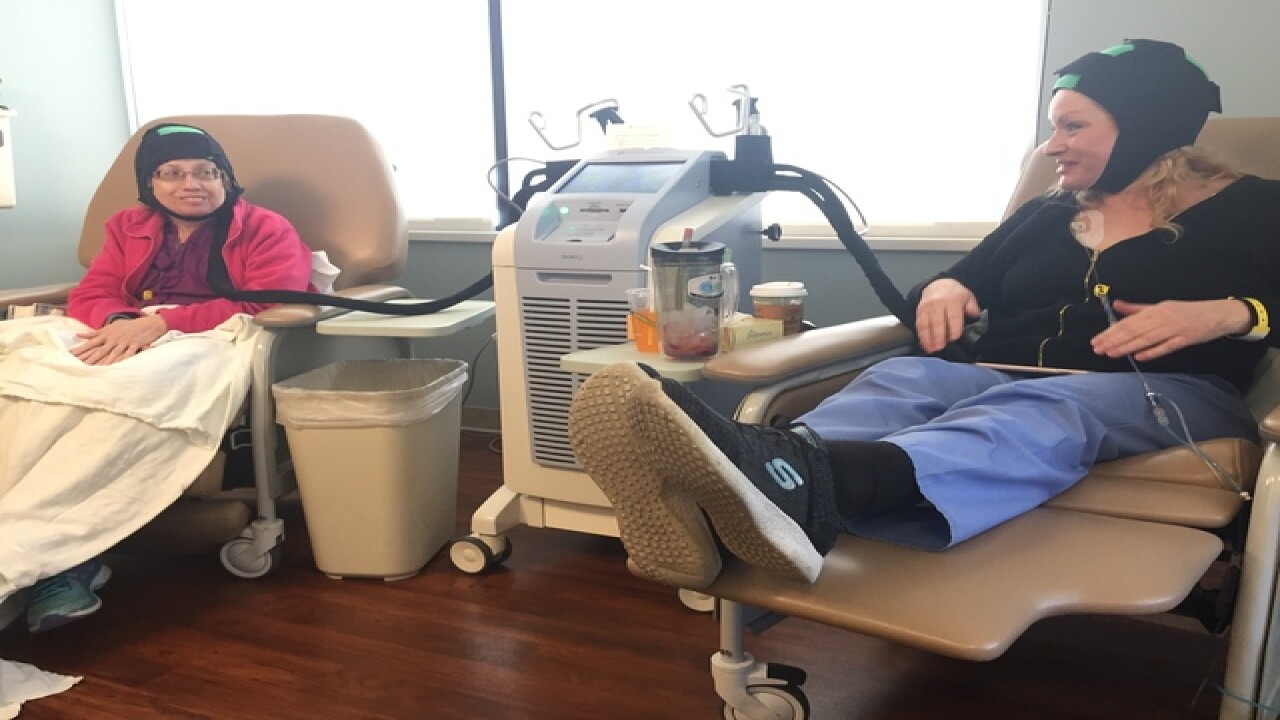 DENVER – A new device in use at UCHealth offers some relief from one of the more distressing side effects of chemotherapy treatment: Hair loss.

The device, called DigniCap, just received clearance from the FDA last summer for use in women undergoing treatment for breast cancer.

DigniCap works by cooling the scalp to a few degrees above freezing before, during and after chemotherapy treatments. The cooling process reduces blood flow to hair follicles, thereby reducing the amount of chemotherapy chemicals that end up in the patient’s hair.

Scalp cooling treatments have been available in Europe for years, but until recently, they hadn’t been cleared for use in the United States due to a lack of scientific study.

Several recent studies, published this week in the Journal of the American Medical Association, have shown the DigniCap system significantly reduced hair loss in women undergoing chemo. You can read them here and here.

A spokeswoman said UCHealth was the first provider in the state to offer the device to cancer patients. UCHealth currently has three DigniCap machines: Two at University of Colorado Hospital in Denver and one at Lone Tree Breast Center in Lone Tree.

Patients who have been using the device say it’s made a big difference.

“I can just function better. I can forget about having cancer,” said Dr. Isabella Michna, who is undergoing treatment at Lone Tree Breast Center.

Michna has been using the DigniCap system alongside fellow patient Angela Langowski, who also raved about the treatment.

“It’s so totally worth it,” Langowski said. “To sit here, you know, the four or five hours that we sit here per day, and yeah, the cold’s not so bad. You get used to it.”

Doctors at UCHealth say the DigniCap system improves patients’ overall well-being during treatment, and that makes a big difference when it comes to fighting cancer.

For Michna and Langowski, not only do they still have their hair, they’ve become good friends.

“We just have a great connection, and I made one of my best friends in the world,” Michna said.