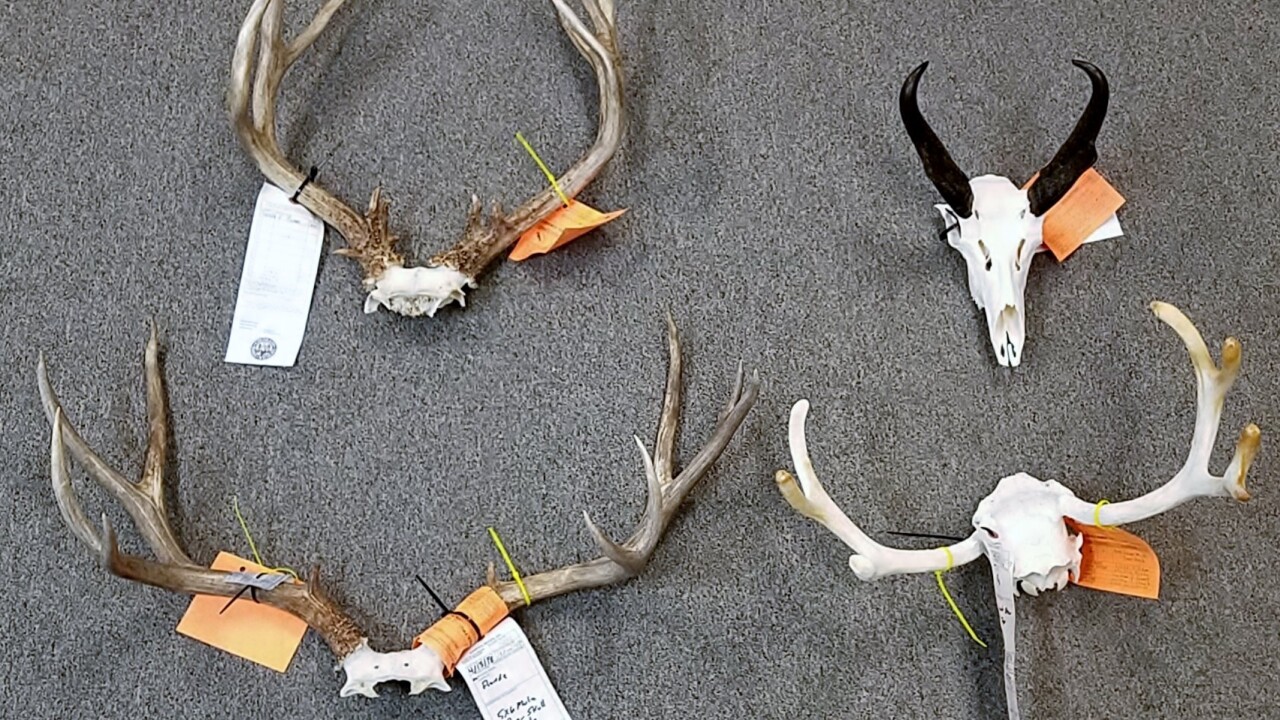 Deer antlers and a pronghorn skull and antlers confiscated in a poaching operation bust after an investigation by Colorado Parks and Wildlife officers. Photo courtesy Bill Vogrin/CPW. <br/> 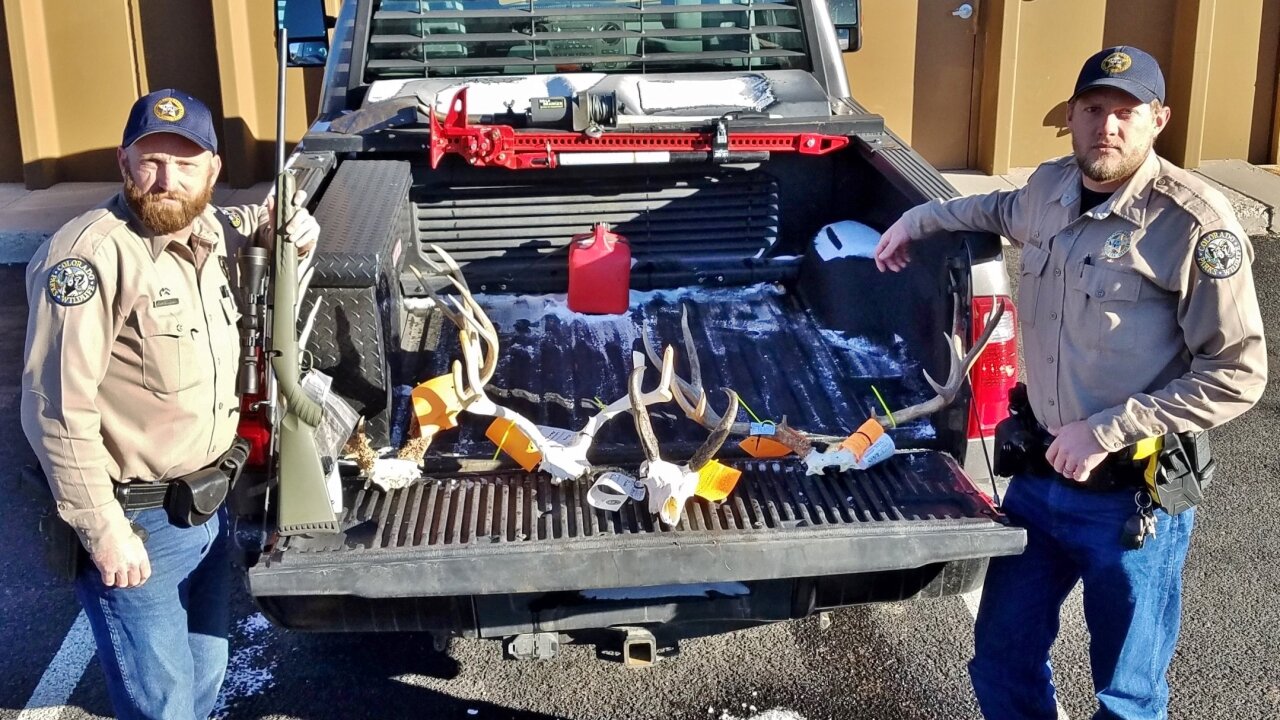 COLORADO SPRINGS, Colo. — After weeks of investigation, an anonymous tip from the public lead to two guilty pleas in connection to an illegal poaching operation.

Two Florida men pleaded guilty to killing at least three mule deer and six pronghorns in Elbert and Lincoln Counties, according to Colorado Parks and Wildlife.

CPW investigators said they believe the poachers, who were in Colorado working in the energy industry, killed the animals and shipped their heads to a taxidermist in Florida for mounting. In some cases, they decapitated the animals in the field and left the torsos. In Colorado, it is illegal to remove only the hide, antlers or other trophy parts of a big game animal and leave the carcass behind.

Between the efforts of the CPW, Colorado Springs Police Department, Limon Police Department and Lincoln County Sheriff’s Office, authorities were able to locate the two men and arrest them.

Timothy Draper, 31, of Bunnell, Florida, was arrested in March after he arrived at the Colorado Springs Airport. CPW officers executed a search warrant and confiscated his truck, which was in the airport’s parking lot, according to CPW. Forensic analysis found important DNA evidence in the case.

Around the same time, officers also arrested Lawrence J. Cowart, 29, of Bunnell, Florida following a search of his apartment and vehicle in Limon. Both had evidence of poaching.

Both men were accused of illegally killing deer and pronghorn in the Limon area over a 10-month span, dating back to May 2017. They were charged with multiple counts of willful destruction of wildlife and misdemeanor charges related to the illegal taking of wildlife, hunting from a motor vehicle, waste of game meat and illegal transfer of a hunting license, according to CPW.

Draper pleaded guilty in October to illegal possession of three or more big game animals. As part of his plea agreement, he forfeited all of the weapons and equipment used in the crime. Cowart pleaded guilty to a Class 5 felony of willful destruction of wildlife and also forfeited all of his firearms and equipment used in the crime.

The men still face possible suspension of their hunting privileges, which could range from a year to a lifetime. They were forced to surrender the trophy heads as well.

“These men are not hunters by any definition,” he said. “In the eyes of CPW, and the law, they are criminals who were engaged in illegal killing of wildlife.”

He said more arrests and citations could follow as authorities pursue other leads.

“We depend on the public to report suspicious activity,” he said. “We have a limited staff. It’s critical we get help from the public to stop crimes against wildlife. This is a great example that when people call, we respond.”