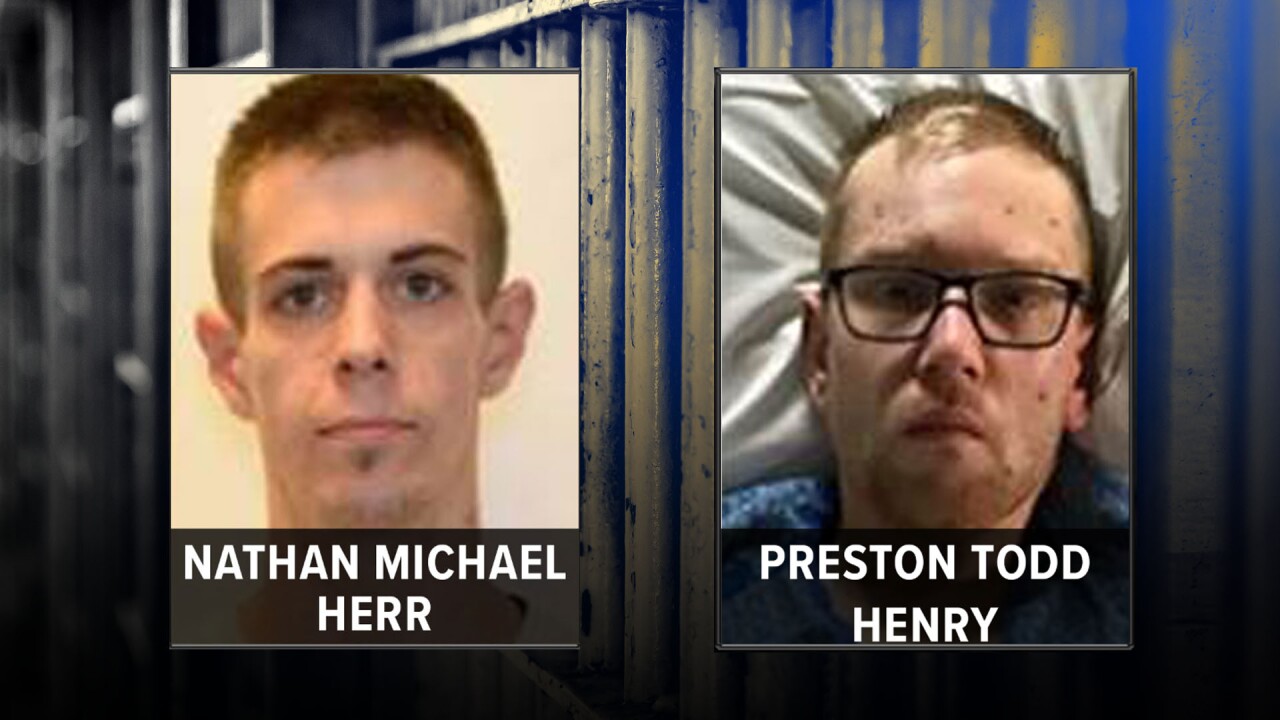 ELBERT COUNTY, Colo. — Two men have been taken into custody after allegedly stealing lottery tickets from a convenience store and fleeing from deputies at up to 130 mph.

On Monday evening, around 8:20 p.m., Elbert County Sheriff’s Office deputies responded to a report of an armed robbery at the Coyote Market convenience store at 313 Comanche Street in Kiowa.

The person who called 911 said two men had just come in and stole scratch-off lottery tickets. The person said the men appeared to be armed and that they had fled in a silver sedan headed west on Highway 86, according to the sheriff's office.

One deputy who was responding to the robbery report spotted a silver sedan on the highway traveling at least 110 mph. He turned around, activated the vehicle’s sirens and lights and tried to stop the sedan, but the suspect driver did not stop, according to the sheriff's office.

The sedan reached 130 mph as the driver fled from authorities. When it turned onto Legacy Circle, the driver lost control and wrecked the car into a wood fence at the intersection of Legacy Circle and Legacy Trail, near the Walmart in Elizabeth, according to the sheriff's office.

The passenger of the sedan ran from the crash on foot. The driver was placed under arrest after exiting the sedan, the sheriff's office said.

Authorities, including the Elizabeth Police Department, Colorado State Patrol, Elizabeth Fire Department and Castle Rock Fire Department, searched the area for the runaway suspect. Meanwhile, a code red was sent to residents in the area, telling them to shelter in place.

After three hours, the second suspect was found and taken into custody.

The two suspects have been identified as 26-year-old Nathan Michael Herr and 25-year-old Preston Todd Henry. They are both residents of Springfield, Missouri.

They are being held at the Elbert County Jail.