Adult, juvenile in custody after fleeing from police, crashing car into tree on Speer Boulevard 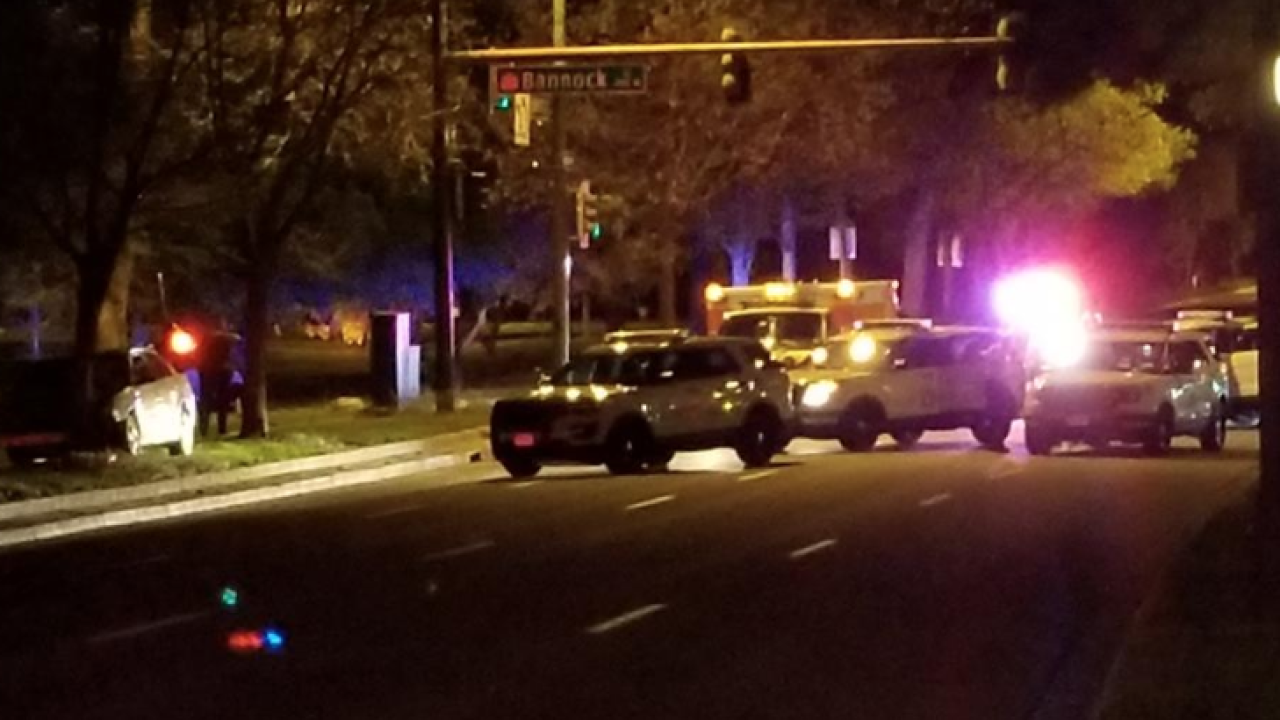 DENVER — Two suspects were taken into custody early Monday after fleeing from Denver police and crashing a car.

Christine Downs with the Denver Police Department said police initially responded to a felony menacing call. Police have not released where they responded. When officers arrived, the suspects drove away and police followed them.

Around 1:30 a.m., the suspects — an adult male and juvenile male — crashed the car into a tree at Speer Boulevard and Bannock Street. They were transported to a hospital and taken into custody.

Downs said their injuries are unknown, but they may have been brought to the hospital as a precaution since the car’s airbags deployed.