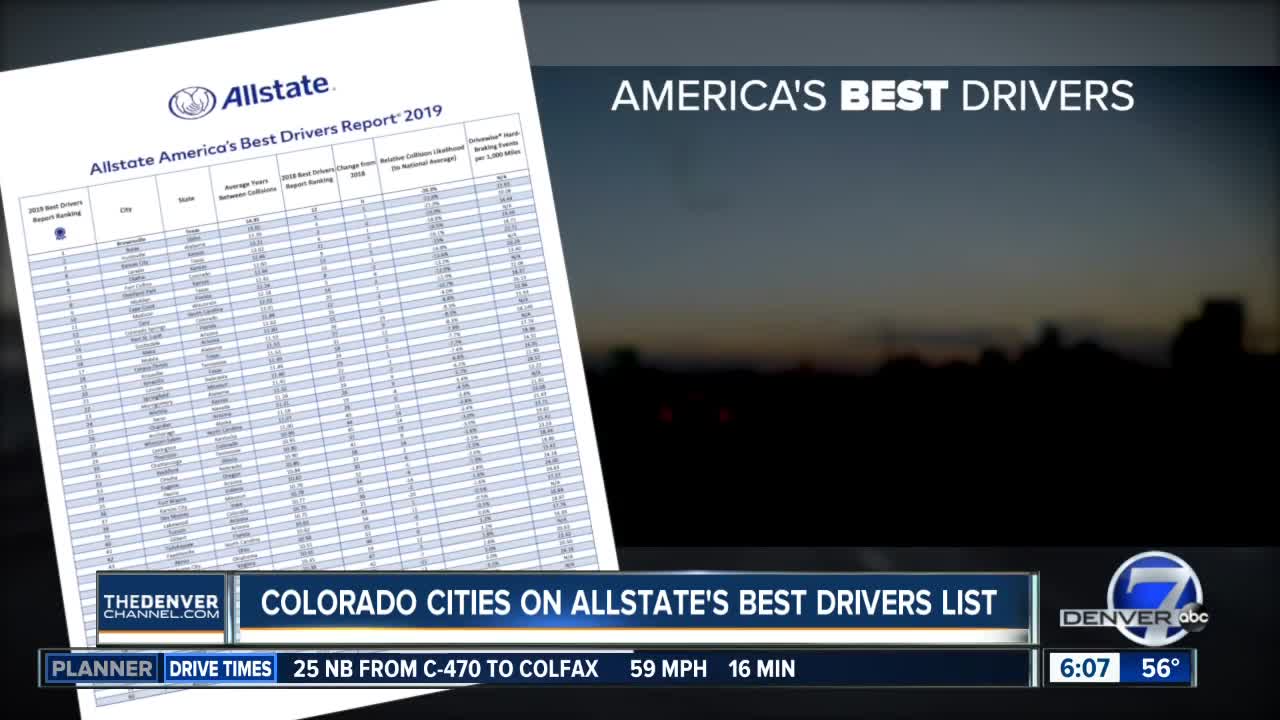 Allstate looked at cities where you are less likely to be in a crash in the United States, and Fort Collins landed at No. 7 on the list.

FORT COLLINS, Colo. — Two Colorado cities ranked among the top 15 in the country for safe drivers, according to the 2019 Allstate America's Best Drivers report.

Fort Collins came in at No. 7 on the list, and Colorado Springs ranked No. 13.

The report ranked the 200 largest U.S. cities based on on the likelihood of a collision compared to the national average.

“The goal of the America’s Best Drivers Report is to make our roads safer and ultimately save lives,” said Ken Rosen, Allstate’s Chief Claims Officer, in the press release.

The report was released in advance of July 4th, the deadliest day on U.S. roads according to the Insurance Institute for Highway Safety.

Thornton ranked No. 20 on Allstate's list and Lakewood ranked No. 39. Both cities have collision rates lower than the national average.