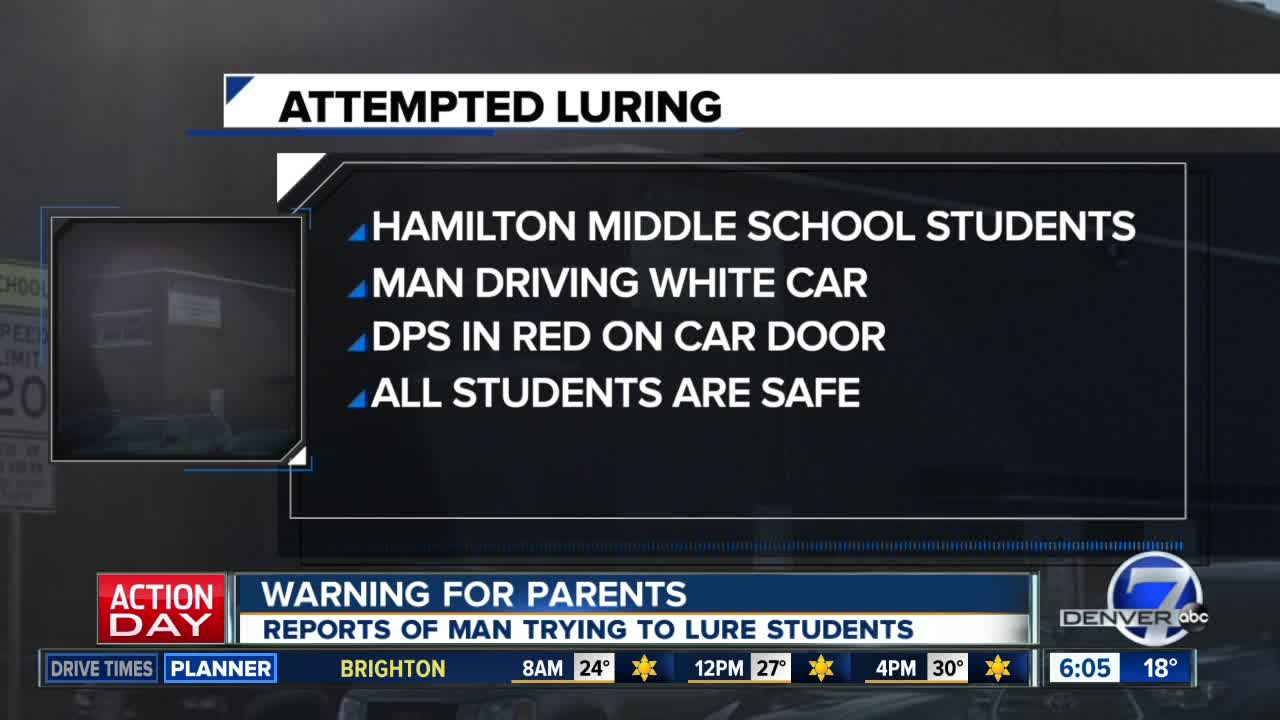 The incidents happened Wednesday and Thursday near Hamilton Middle School, according to police. Investigators believe the incidents were related, but they weren't connecting them to any other attempted lurings.

The man then drove the student to the bus stop. The student is safe.

On Thursday, three students at Hamilton reported a similar incident, where a man in a white car with red letters that said "DPS" on the front doors drove up to them, the DPS letter said. The students refused, and the man drove away.

School officials notified Denver police after each incident, the district said. DPS does not provide transportation services to bus stops.

DPS asked parents to report any similar incidents or vehicles to the police non-emergency phone number: 720-913-2000.