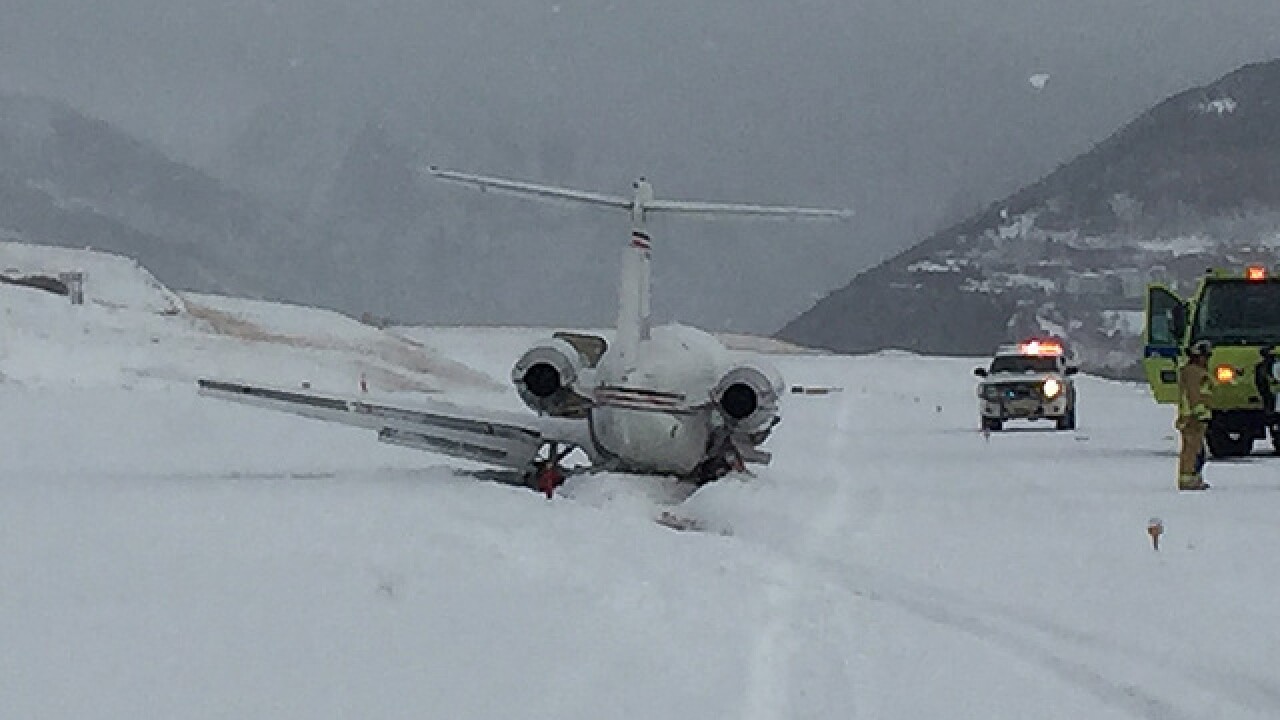 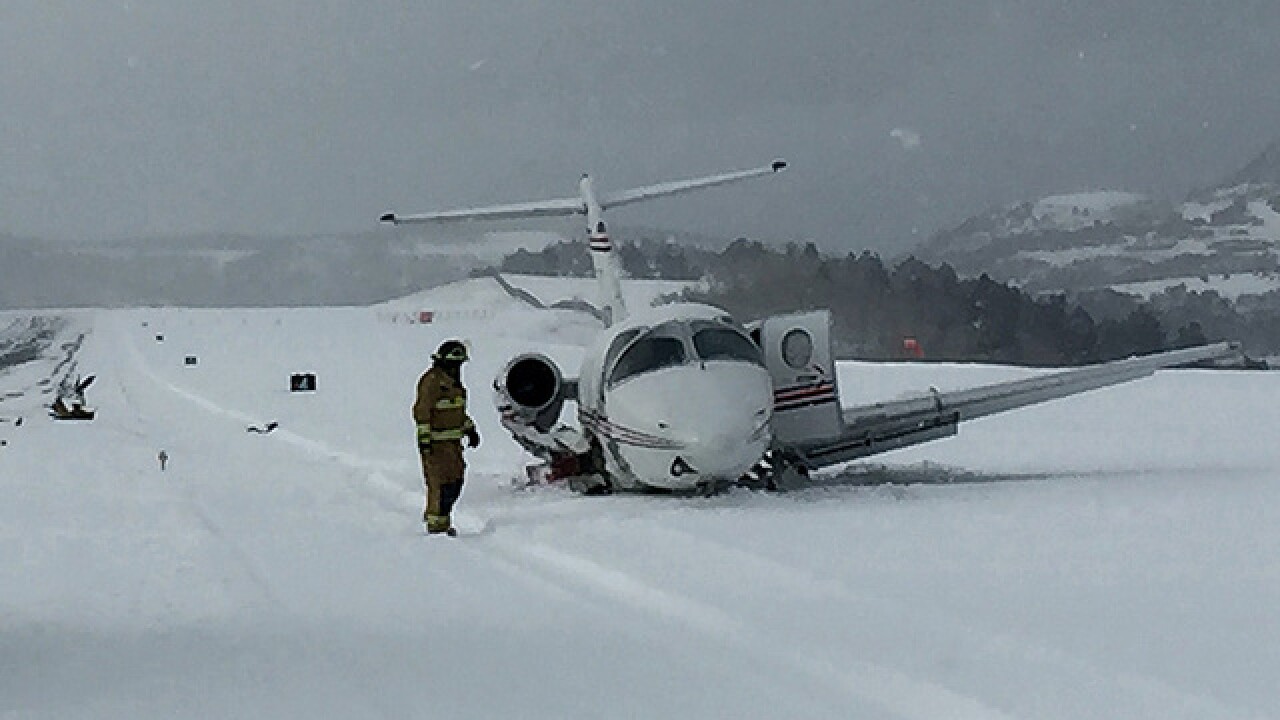 A small plane attempting to land in Telluride crashed into a snowplow.

The twin-engine plane hit the plow on a runway at Telluride Regional Airport on Wednesday afternoon.

None of the seven people aboard the Hawker Beechjet 400 were hurt. An airport employee driving the plow estimates the plane’s speed to have been 100 mph at the time of impact, the San Miguel Sheriff's Office said. He, too, was unhurt.

The plane hit the plow from behind, and then slid off the runway.

Crews shut down the runway before the crash because of snow removal and maintenance. Airport operators said they did not receive radio communication from the plane prior to landing.

The aircraft is registered out of Mexico. Wednesday’s flight originated out of El Paso, Texas.

Snow showers were falling at time of the crash but officials estimate visibility was at least 7 miles.

The NTSB will investigate.