Trump OKs sanctions for foreigners who meddle in elections 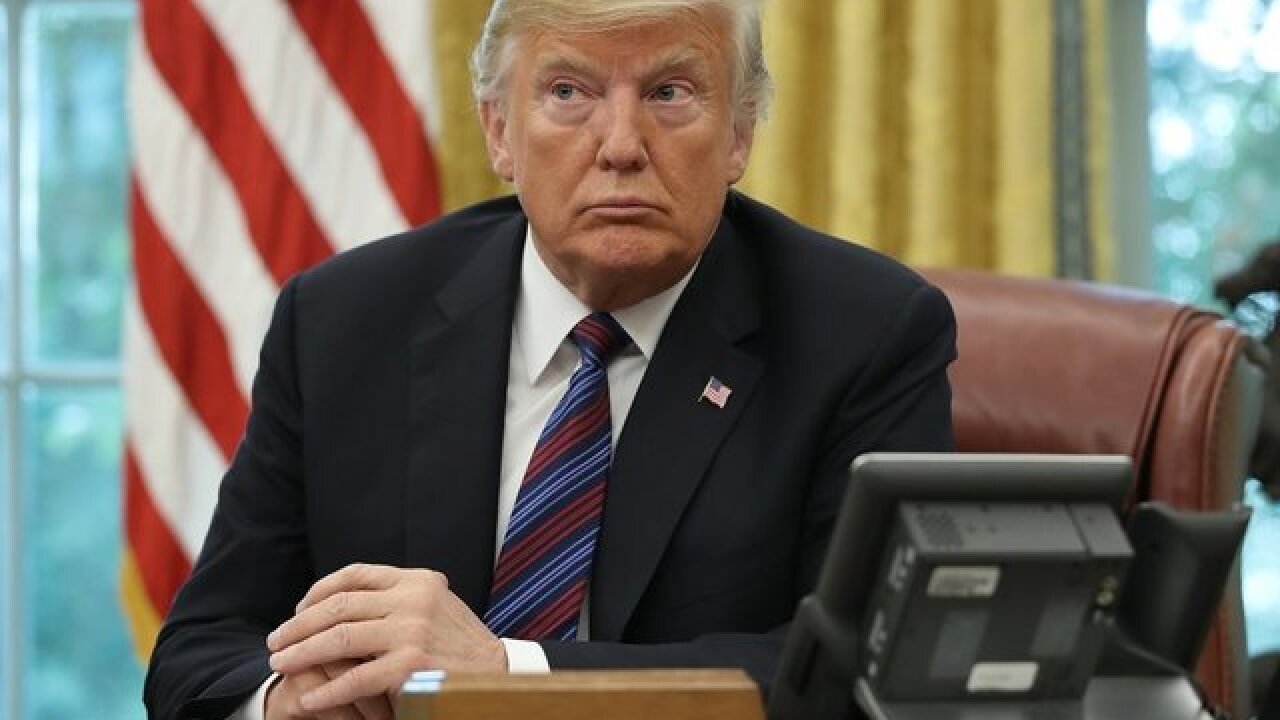 The executive order covers not just interference with campaign infrastructure, but it also covers the distribution of disinformation and propaganda, national security adviser John Bolton told reporters. The order requires the Office of the National Intelligence Director to conduct regular assessments about potential foreign interference in the elections, asks for reports by the Homeland Security and Justice departments in the case of meddling in campaign-related infrastructure, he said. It also describes a process for the Treasury and State departments to recommend appropriate, automatic sanctions.

"We felt it was important to demonstrate the president has taken command of this issue, that it's something he cares deeply about — that the integrity of our elections and our constitutional process are a high priority to him," Bolton said.

With the midterm elections now two months away, National Intelligence Director Dan Coats said the U.S. is not currently seeing the intensity of Russian intervention that was experienced in 2016, but didn't rule it out. He said the U.S. is also worried about the cyber activities of China, North Korea and Iran.

Coats said the executive order directs intelligence agencies to determine whether an individual, entity or country has interfered in a U.S. election and, if so, turn the information over to the attorney general and Department of Homeland Security. He said the order also directs intelligence officials to conduct an assessment after elections to inform the public about what might have occurred.

"This clearly is a process put in place to try to assure that we are doing every possible thing we can, first of all, to prevent any interference with our elections, to report on anything we see between now and the election, but then to do a full assessment after the election to assure the American people just exactly what may have happened or may not have happened," Coats said.

Trump has drawn widespread criticism for not taking threats to the U.S. electoral system seriously enough, particularly Russian interference in the 2016 presidential race.

At a July 16 news conference in Helsinki with Russian President Vladimir Putin, Trump was asked if he would denounce what happened in 2016 and warn Putin never to do it again. Trump did not directly answer the question. Instead, he delivered a rambling response, including demands for investigation of Hillary Clinton's email server and his description of Putin's "extremely strong and powerful" denial of meddling. That drew outrage from both Republican and Democrats.

Trump has pushed back, saying that no other American president has been as tough on Russia. He has cited U.S. sanctions and the expulsion of alleged Russian spies from the U.S.