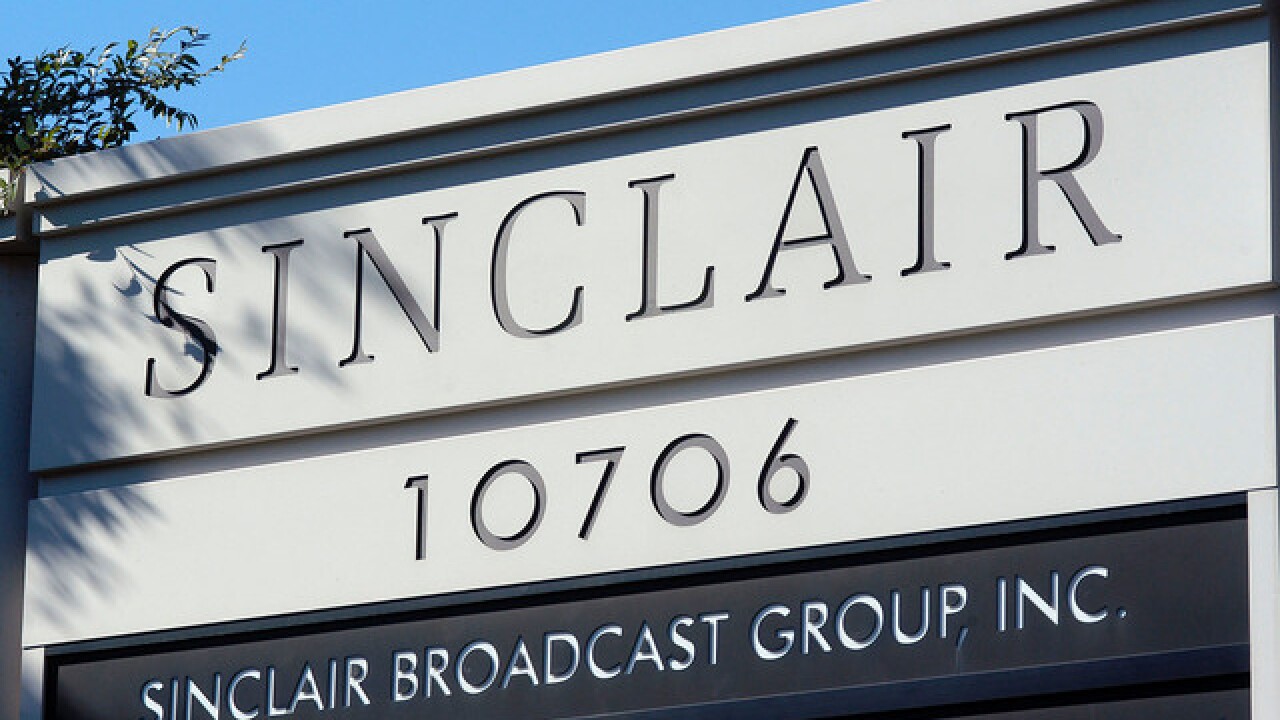 2004 Getty Images
William Thomas Cain
<p>HUNT VALLEY, MD - OCTOBER 12: A sign for the Sinclair Broadcast building is seen in a buisness district October 12, 2004 in Hunt Valley, Maryland. Sinclair Broadcast Group, the owner of the largest chain of television stations in the nation, plans to preempt regular programming two weeks before the Nov. 2 election to air a documentary that accuses John Kerry of betraying American prisoners during the Vietnam War. (Photo by William Thomas Cain/Getty Images)</p>

NEW YORK (AP) — President Trump is jumping to the defense of the Sinclair Broadcast Group, which is under fire following the rapid spread of a video showing anchors at its stations across the country reading a script criticizing "fake" news stories.

How America's largest local TV owner turned its news anchors into soldiers in Trump's war on the media: https://t.co/iLVtKRQycL pic.twitter.com/dMdSGellH3

Trump tweeted Monday that it was funny to watch "Fake News Networks" criticizing Sinclair for being biased. The president singled out CNN and NBC.

So funny to watch Fake News Networks, among the most dishonest groups of people I have ever dealt with, criticize Sinclair Broadcasting for being biased. Sinclair is far superior to CNN and even more Fake NBC, which is a total joke.

Sinclair owns nearly 200 local stations, and a video released by Deadspin over the weekend illustrated many of their anchors saying they were concerned about a "troubling trend of irresponsible, one-sided news stories plaguing our country." Deadspin said the anchors looked like hostages recording videos to prove they are alive.