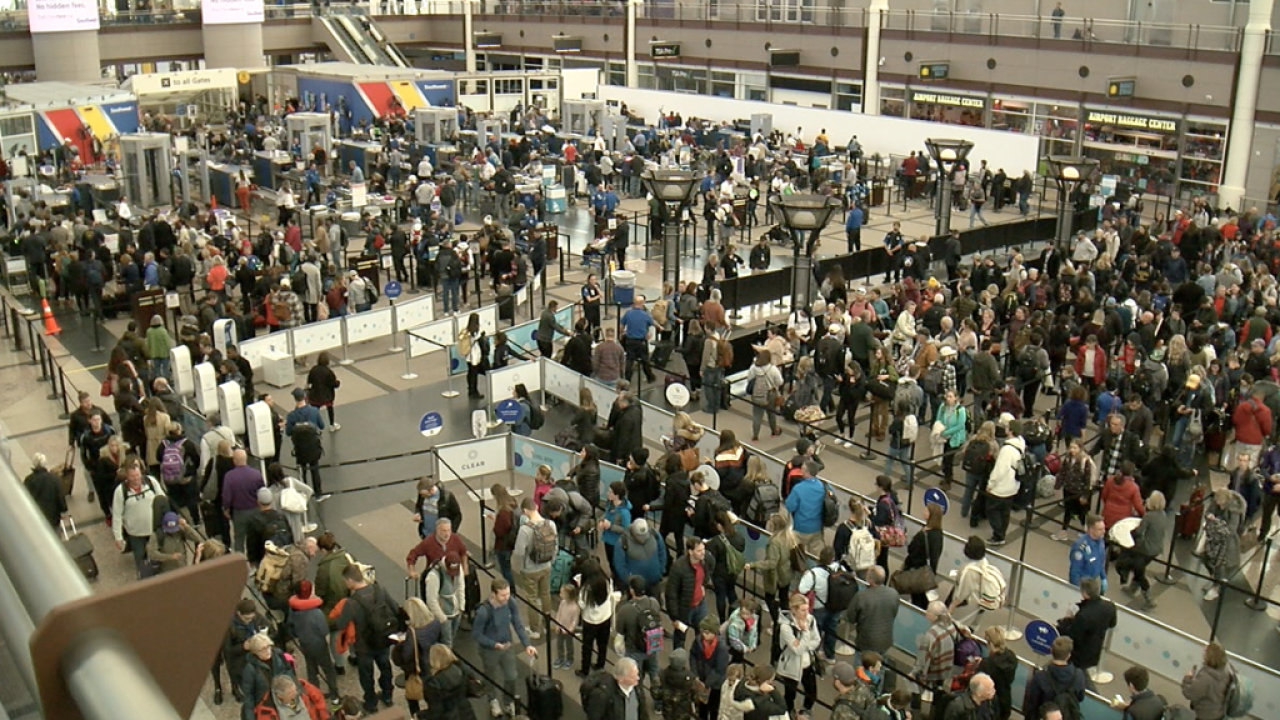 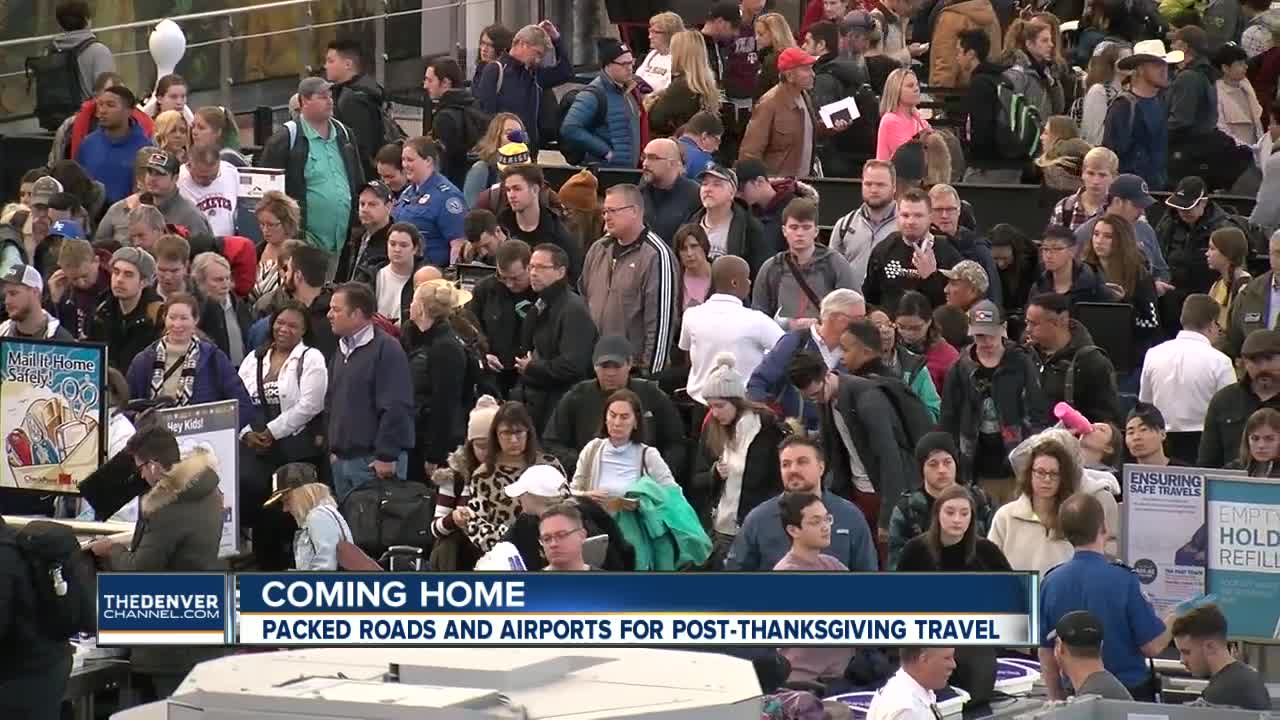 DENVER — Waiting. That was the name of the game at Denver International Airport Sunday.

Crowds and congestion were seen at the TSA security line, airline counters, and baggage claim.

Sunday is projected to be both the busiest day of the week and the entire holiday season, with over 211,000 travelers passing through Denver's airport.

DIA traveler Brayden Johnk just got back from visiting his family in California.

"I had a great time at home and got to see a lot of family and eat way too much food, but it's always a perk," Johnk said.

The School of Mines sophomore calls Colorado his second home and wasn't quite sure how this expected busiest ever travel day would look.

An early flight can be a tough proposition for a college kid to get up to say goodbye.

"It was, but I'll be back in a little bit. I've gotten used to being away. It's good to be back," Johnk said.