Copyright 2019 Scripps Media, Inc. All rights reserved. This material may not be published, broadcast, rewritten, or redistributed.
Colorado Parks and Wildlife
A bear tried to get itself a nice dumpster meal last week in Lyons but was left temporarily hungry when it was stopped by a bear-proof dumpster. 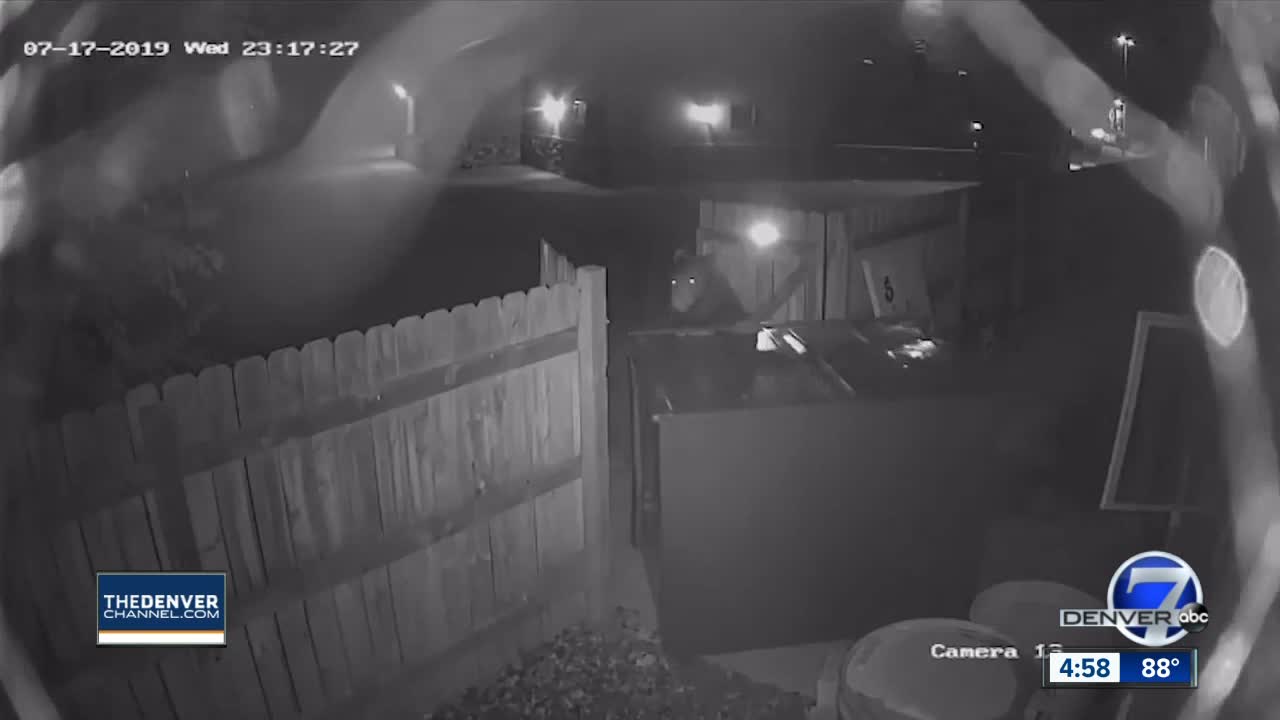 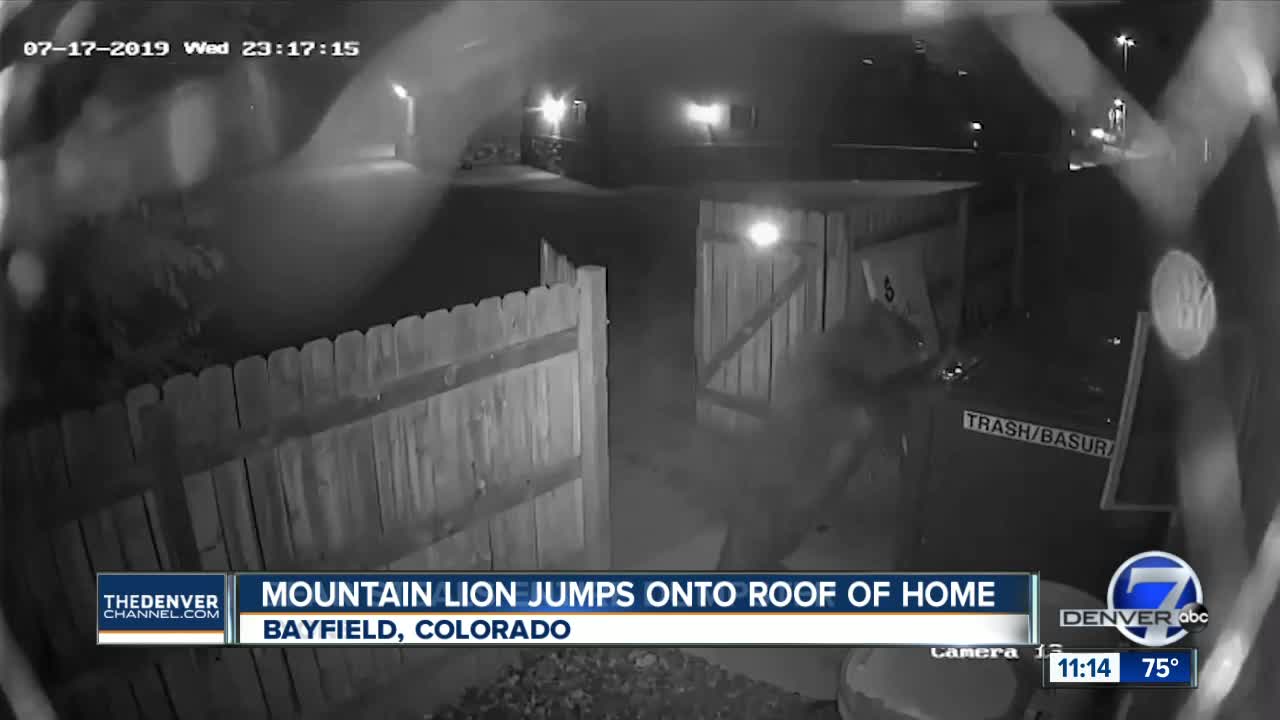 DENVER – A bear tried to get itself a nice dumpster meal last week in Lyons but was left temporarily hungry when it was stopped by a bear-resistant dumpster.

Colorado Parks and Wildlife’s Northeast Region shared video of the attempted snack heist in Lyons, which happened just after 11 p.m. on July 17, according to the video. Denver7 has learned the dumpster belonged to a dispensary in Lyons called The Bud Depot.

Daniel Didion, a manager at The Bud Depot, told Denver7 Tuesday that they initially found out about the bear's dumpster diving after the Thai restaurant next door called, thinking there might have been a burglary.

"It was basically scattered in the alleyway and so we were kind of confused and thought it was kind of like a burglary because people break into the dumpster because we are right next to a dispensary," said Bogy Thongsoontorn, who works at Julie's Thai Kitchen.

Didion said the bear ripped the gate off.

"it was pretty cool to see him just pull this thing open, just like Paranormal Activity, like it was no big deal. And then gets up and he pretty deftly maneuvers the thing out," Didion said. "You know, he looks out as he was backing up."

The bear opened a fence gate and sniffed around the dumpster before standing on its hind legs and moving the entire dumpster back out of the gate. Didion said that he typically has trouble moving the dumpster himself but said the bear "made short work of this."

But it was thwarted by a locking bar that covers the dumpster’s lids and prevents bears and other trash-hungry wildlife from ravaging them.

"The bear-proofing worked. He just hauled it out and danced around with it," Didion said.

Parks and Wildlife said the bear received “no reward” for its efforts but remained in the area for about an hour. Didion said the bear had taken the dumpster at least 250 feet away from where it normally sat.

He said he didn't believe the bear was there for the marijuana however.

"There's a Mexican food dumpster right over here, so he's got a real smorgasbord of treats," he said. "Normally they're more attracted to this dumpster over here, but I guess you get tired of Mexican food."

Didion said they have been hanging ammonia rags near the dumpster and wiping it down every day in an effort to deter the bears.

"Bears are looking for anything up to 20,000 calories a day, and so if you are providing a trash can that has some leftover candy or leftover food, of course they’re going to come looking for that," said CPW's Rebecca Farrell.

She said that the dumpsters this bear tried to steal were properly secured and stressed the need for bear-resistant trash cans and for residents not to feed wildlife in bear country.

For more tips on bear-proofing your trash at home or at your business, click here for tips from CPW.