Police: Semi trying to beat train to intersection may have caused crash, derailment on Highway 85 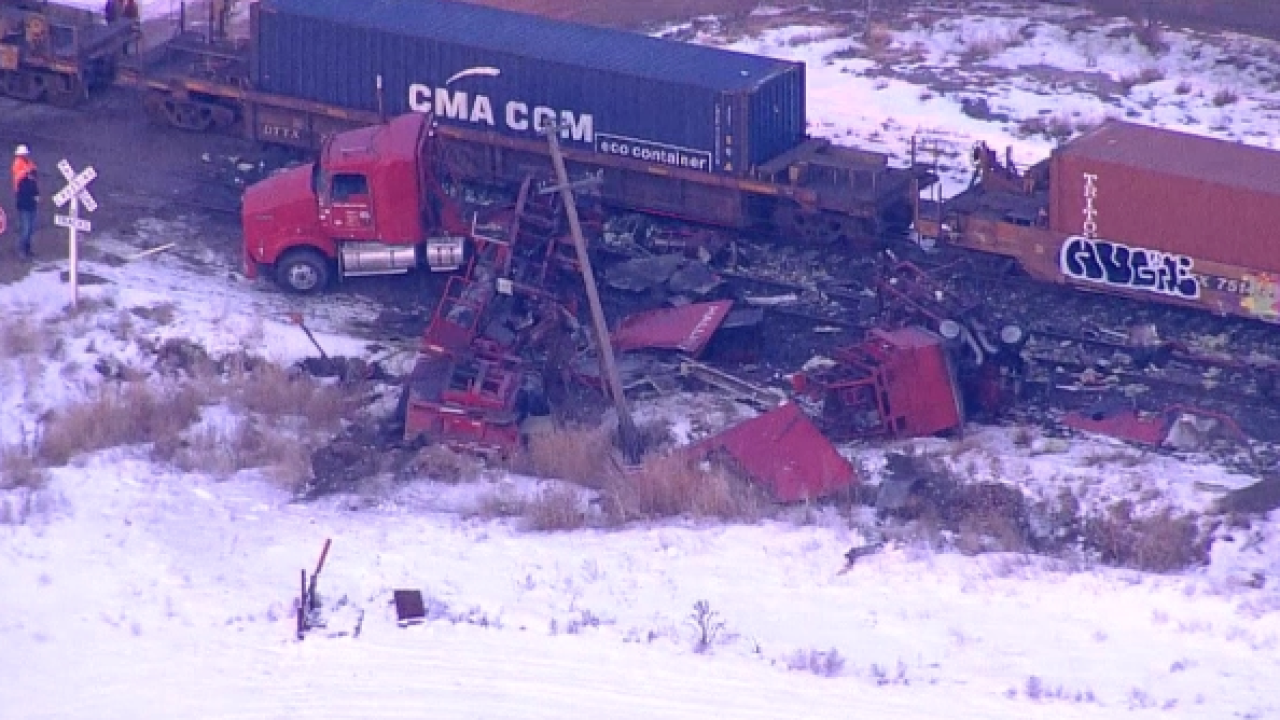 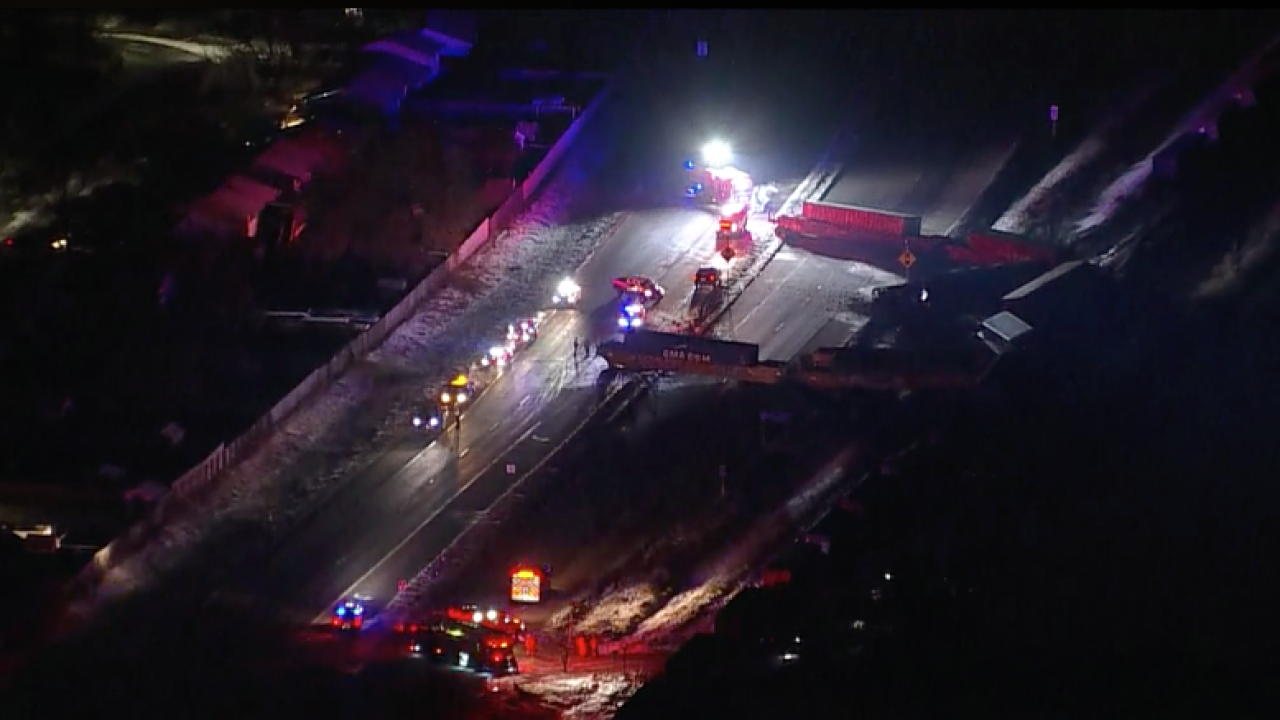 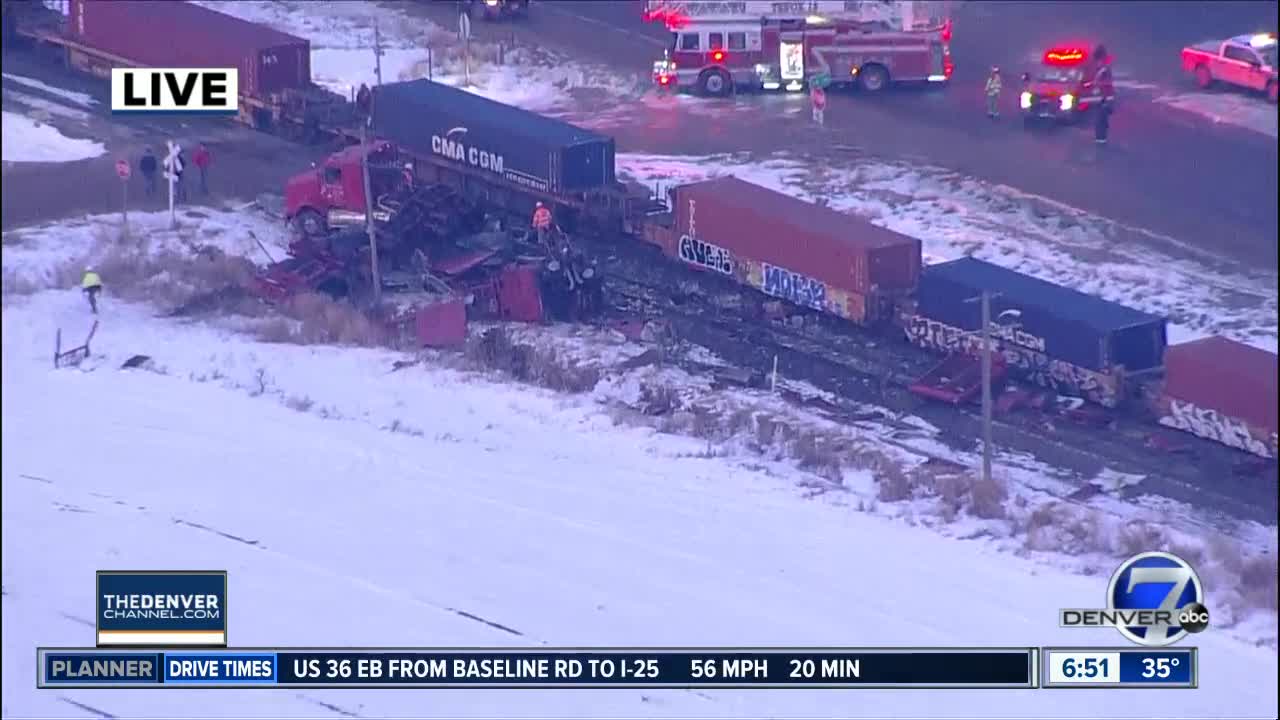 UPDATE at 8:39 p.m. Thursday — All lanes of Highway 85 have reopened, but the shoulder is still closed, the Platteville Police Department Chief says. The chief asked travelers to proceed with care and caution.

UPDATE 6:40 a.m. Thursday — The southbound lanes of Highway 85 have reopened. Northbound remains closed, but the Platteville Police Department said it is aiming to reopen them by this afternoon.

WELD COUNTY, Colo. — A train derailed after a crash involving a semi and all lanes of Highway 85 just south of Platteville are now closed for cleanup and an investigation. According to the initial investigation, the semi was possibly trying to beat the train to the intersection, Platteville police said.

Kristen South with Union Pacific Railroad said the train, which was carrying consumer goods and packages and en route to Salt Lake City, struck a tractor trailer crossing at the County Road 30 and Highway 85 intersection around 5:30 a.m. Tuesday. Fifteen rail cars derailed, she said. Some of the derailed cars came to a rest in the northbound lanes of Highway 85. The Platteville Police Department said two engines also derailed.

She said Union Pacific Railroad is working with the Weld County Sheriff's Office to investigate why the semi was at the crossing.

All lanes of Highway 85 are currently closed, according to the the Weld County Office for Emergency Management. Police said it will likely to remain shut down for most of the day.

Fort Lupton Fire said they do not know when the highway will reopen.

We're working to learn more. Stay with Denver7 for updates.