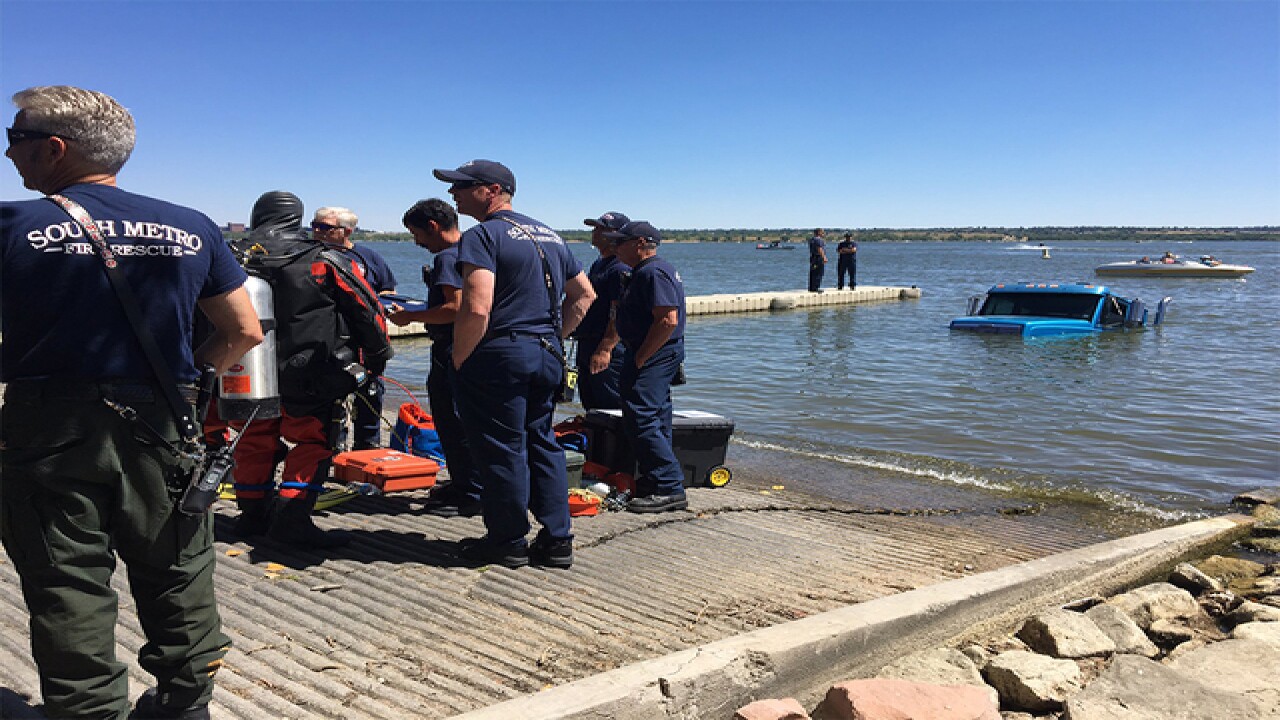 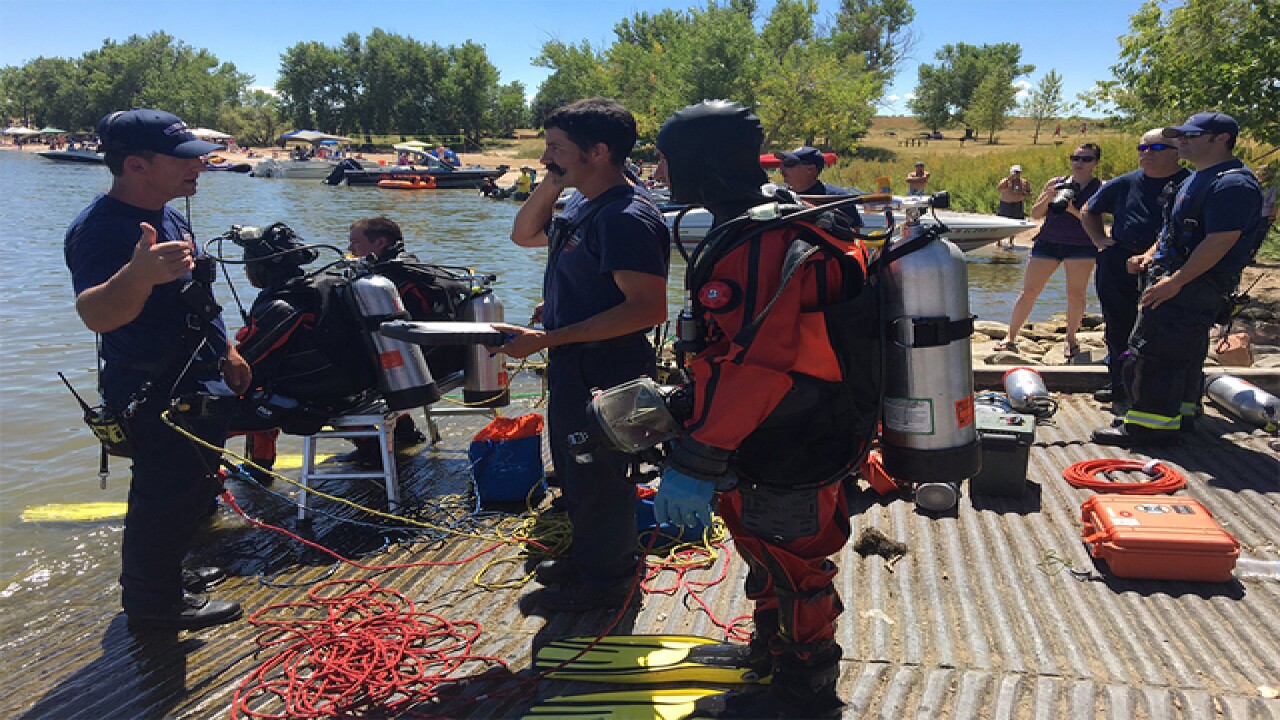 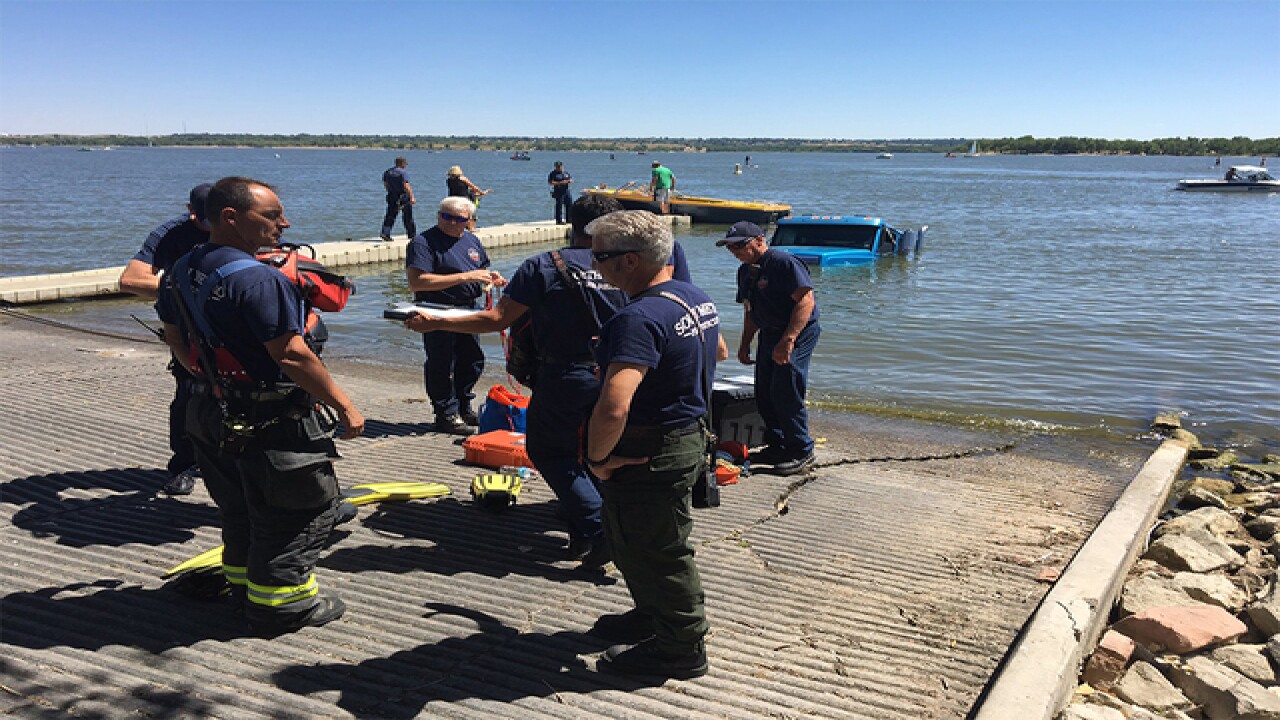 ARAPAHOE COUNTY, Colo. -- A boat owner at Cherry Creek Reservoir looking for adventure had a rough start to his day early Sunday afternoon.

A call for help from the Cherry Creek west boat ramp came in at around noon. The owner of the boat, Jeffrey Rein, was trying to maneuver his boat into the water using a truck when the truck slipped on what Rein called 'moss.'

"It was the moss," Rein said. "When I backed my boat into the water, the moss grabbed a hold of my truck. I mean, I couldn’t stop. I mean, it just went in."

The trailer, along with the truck were nearly fully submerged at one point. Fortunately Rein and his 7-year-old granddaughter, who was with him at the time, made it out safely.

"She's a swimmer. She knew what she was doing," said Rein. "The truck was toast."

Crews said on Twitter it was difficult to get the truck out as it was hung-up on a lip underwater. Divers were then called to assist. They blew up air bags underwater to give the truck enough buoyancy so that a tow operator could drag the truck out.

First attempt at pulling the truck out was unsuccessful. Taking another airbag under and reattaching a tow cable. pic.twitter.com/lR6FDLqhuO

The truck was towing the boat and backing into the water when it slipped on algae and slid all the way under, officials told Denver7.

"Today could have gone a lot differently," said Eric Hurst, spokesman for South Metro Fire Rescue. "And thankfully, it went in their favor. There was a young girl inside the truck, as well as the gentleman driving the truck. And as soon as it started to slip and go backwards into the water, they were both able to escape on their own."