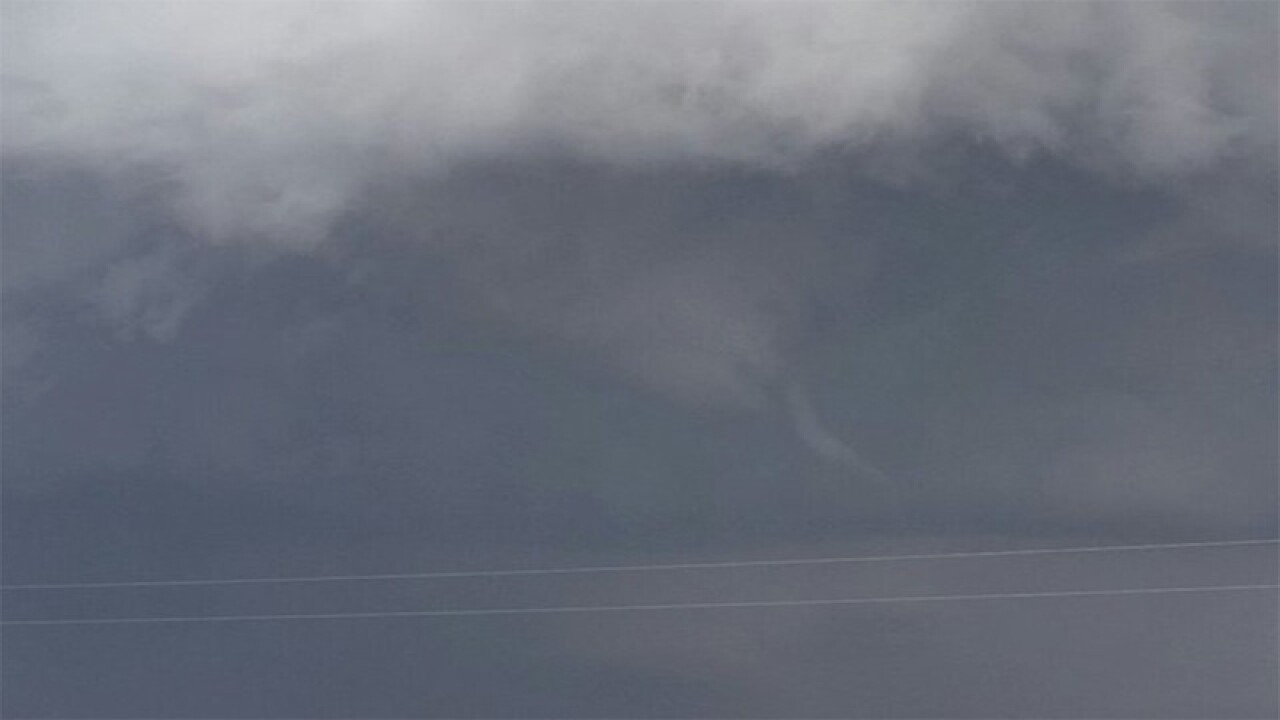 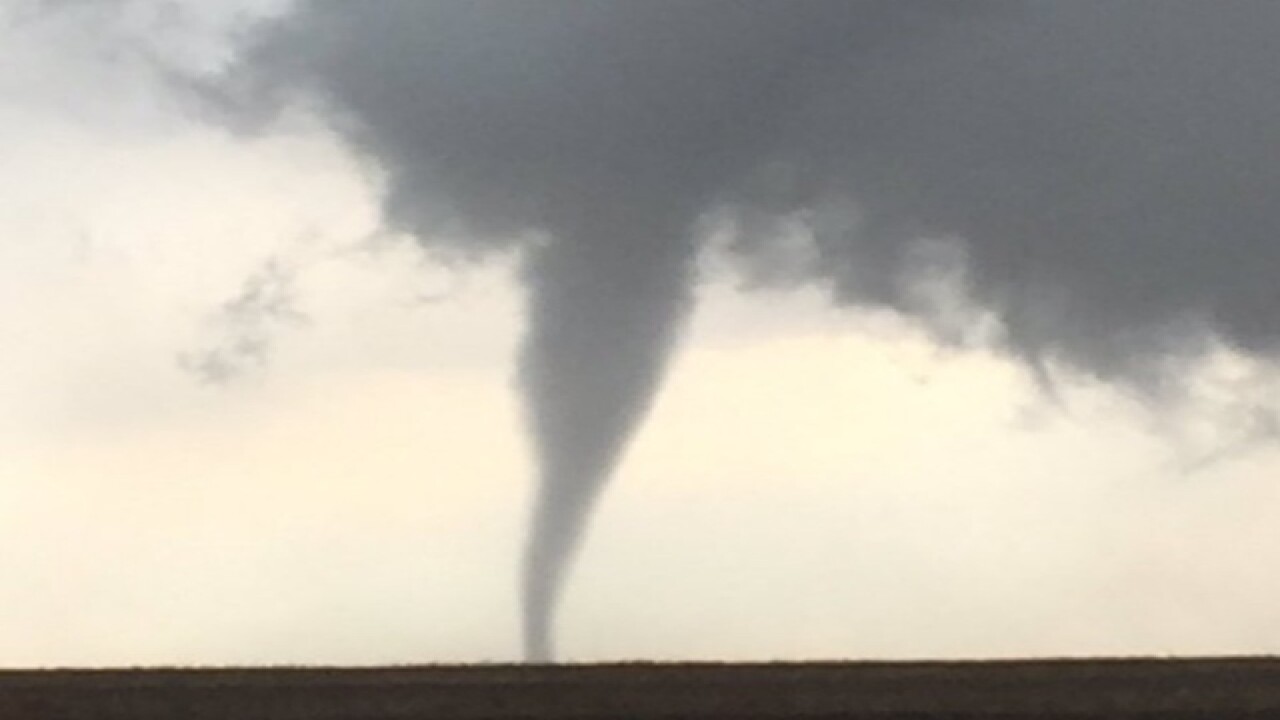 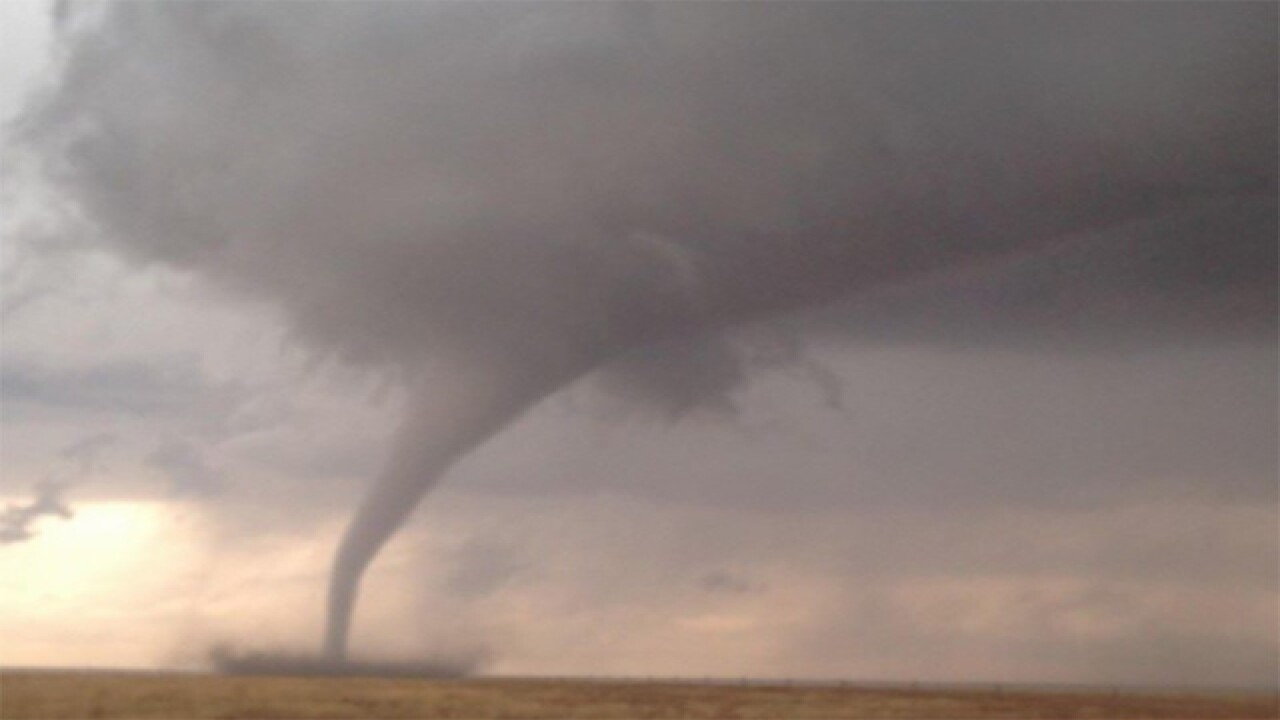 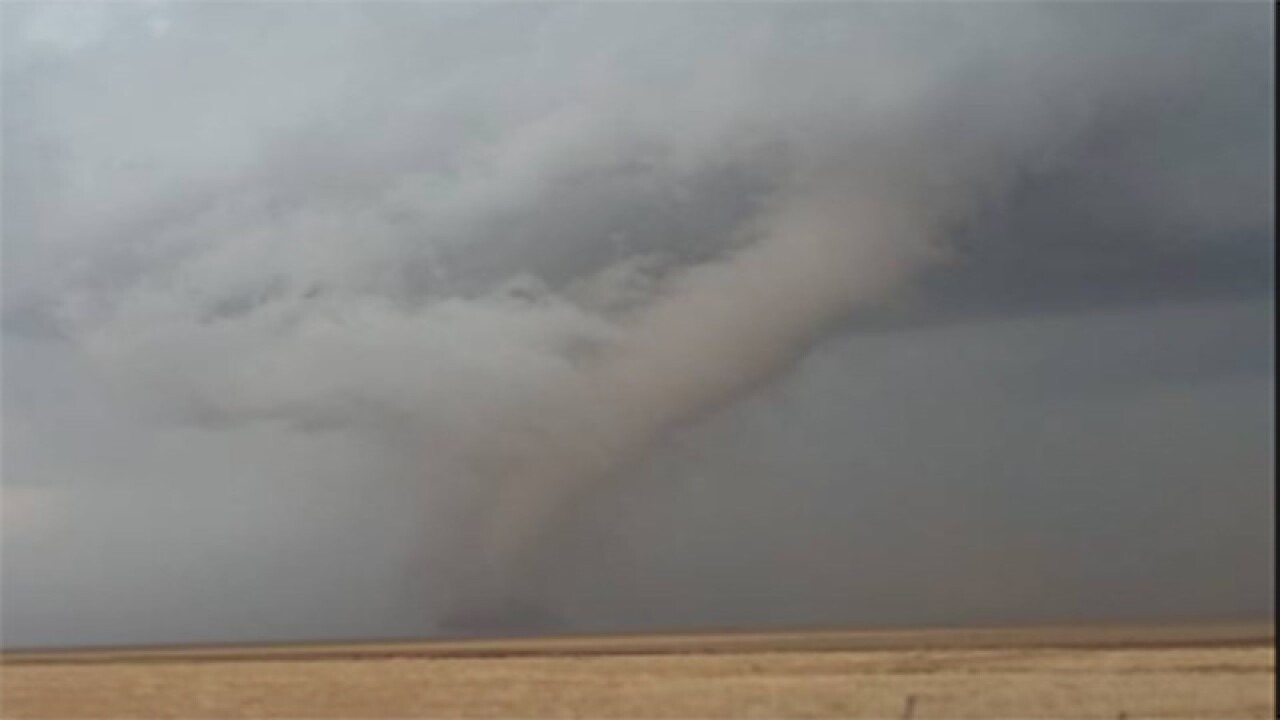 A tornado had been confirmed 5 miles south of Eads, according to the National Weather Service.

"Tornado increasing in size south of EADS. People in EADS need to get into their Tornado shelter NOW!!!!" the NWS tweeted at 2:26 p.m.

The Kiowa County Sheriff's Office posted this video of the tornado near Eads.

A few minutes later, the sheriff's office said the tornado appeared to be breaking up.

It has dissipated, came with large hail and rain. pic.twitter.com/IA6I1DL0Wd

A tornado warning is in effect until 3:15 p.m. for south and central Kiowa County and north central Bent County, according to The Weather Channel. Weather Underground included Baca and Prowers counties in the tornado warning.

The National Weather Service in Pueblo says a severe thunderstorm capable of producing a tornado was spotted 22 miles northwest of Lamar at 2:07 p.m. It was moving north at 20 mph.

A brief tornado was reported 11 miles north of McClave at 2:09 p.m.

"This dangerous storm will be near Sweetwater Reservoir around 2:20 p.m. and near Eads around 2:45 p.m.

Most of the tornado warnings in the area lasted until about 8 p.m. No damages or injuries were reported after the tornado had dissipated.

Between 1950 and 2014, there were 261 tornadoes -- the highest in any county in the U.S., according to the Tornado History Project website.