Top 5 mistakes people make leading up to a crash 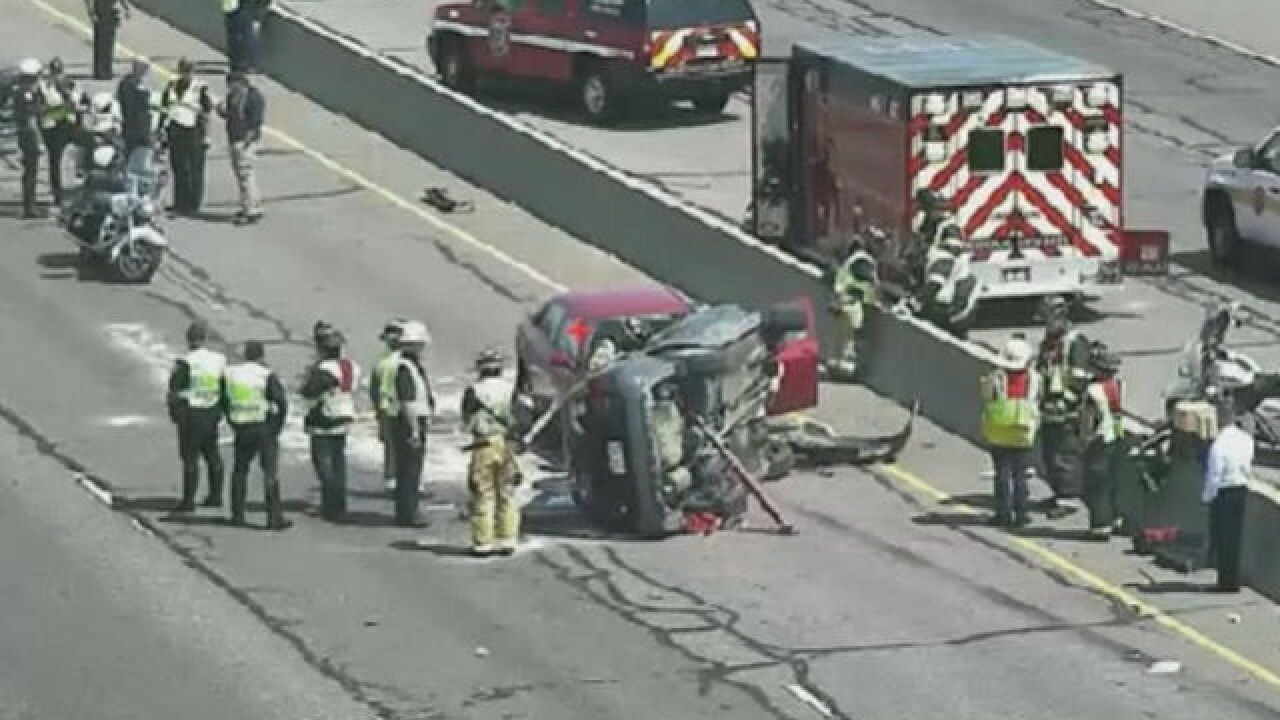 DENVER -- Hundreds die each year on the roads in Colorado. In fact, seven months into 2016, over 319 have died in traffic-related crashes across the state.

Just Tuesday, for example, a driver crashed into a median on I-25 and his car shot into the air, crashing from the interstate's northbound lanes into southbound ones and damaging seven other vehicles in the process.

The accident resulted in one death and several injuries, but many experts suggest that tragedies such as these are avoidable — if you know what to watch out for.

Below is a list of the top factors that lead to dangerous crashes on Colorado's highways.

Many times, authorities learn after fatal crashes that drivers operated vehicles with some type of substance in their blood stream. Substances range from sleeping pills to alcohol to marijuana and more, but experts agree that a host of crashes can be prevented if drivers don't get behind the wheel with a substance in their system.

Colorado's highways have speed limits of more than 60 miles per hour, but many motorists choose to drive much faster. A common concern expressed by Denver7 viewers revolves around how frequently people violate speed rules and generally show disregard for others on the road.

Authorities say that disregard for speed can lead to dangerous crashes. The faster a driver travels over the speed limit, the more likely he is to crash into surrounding drivers. Traveling at high speeds also impairs a driver's ability to take in information and make quick decisions.

When a high-speed crash does take place, they are particularly deadly due to the nature of a high speed crash and how uncontrollable they can be.

Drivers who text while driving can be some of the most dangerous drivers on the road — mostly due to their inability to react quickly to surrounding events. But texting isn't the only potential distraction. Loud music, rowdy passengers and more can take drivers' attention off the road, and reduce one's ability to quickly make decisions.

Vehicle inspections can save lives. Knowing that the brakes in a vehicle are functioning and are up to safety standards can help make drivers make better judgments on when to tap the pedal and when to slam on it. An unsafe vehicle which shouldn't be on the road can be a danger to others.

And there's more to having a safe vehicle than just functioning brakes. Working air bags, engine health and well-maintained tires all can prevent accidents on the road.

One of the most unpreventable factors leading to deadly crashes on the road is changing weather conditions. Between snow, sleet, rain and hail, drivers should know how to react when conditions on the road change. Flash flooding can lead to hydroplaning; black ice can cause havoc; and heavy snow and hail decrease visibility.

Despite dangerous conditions on the roads, many crashes caused by weather boil down to people who fail to react to the conditions. Slowing down when weather strikes can save lives.