'Took a pill, and hers had fentanyl in it': Parents of CU Boulder student warn of deadly trend 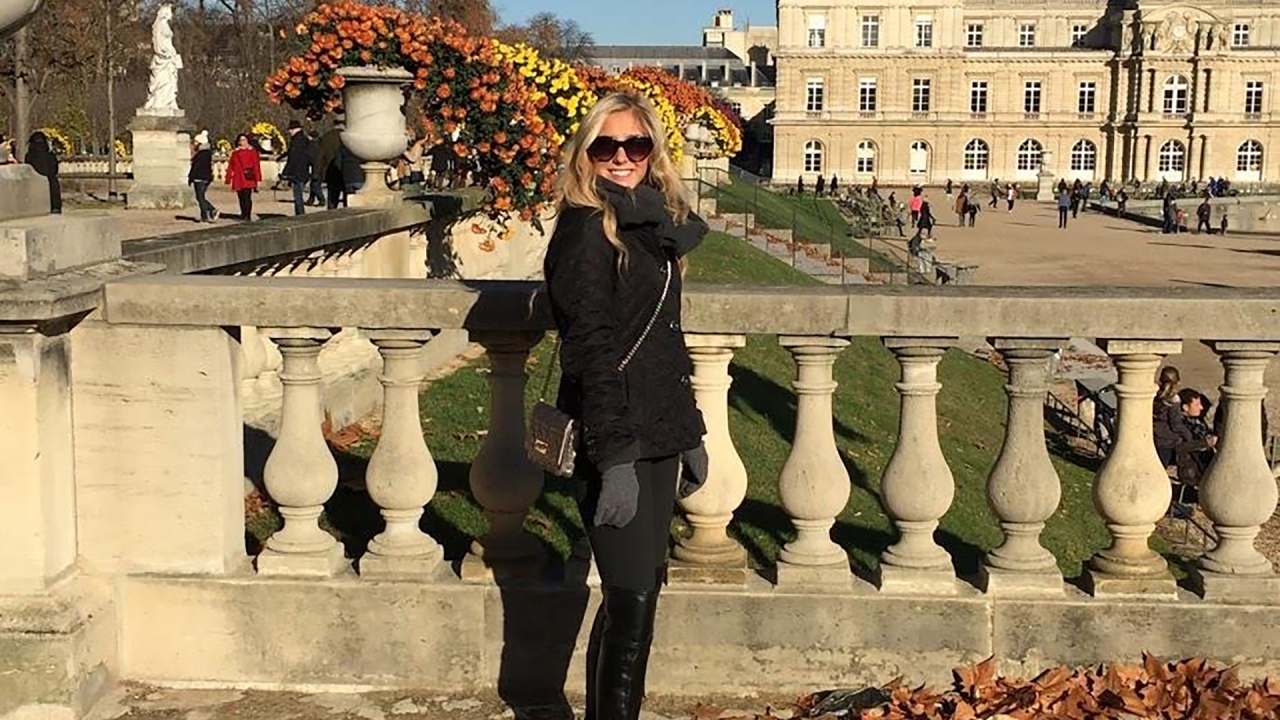 Copyright 2020 Scripps Media, Inc. All rights reserved. This material may not be published, broadcast, rewritten, or redistributed.
Globe family
It was 2015, the summer before Madelyn Globe’s senior year at the University of Colorado Boulder. Her parents say she was in Boulder, but she was getting ready to come home for one last weekend in Steamboat before her senior year. Then, it all came crashing down. 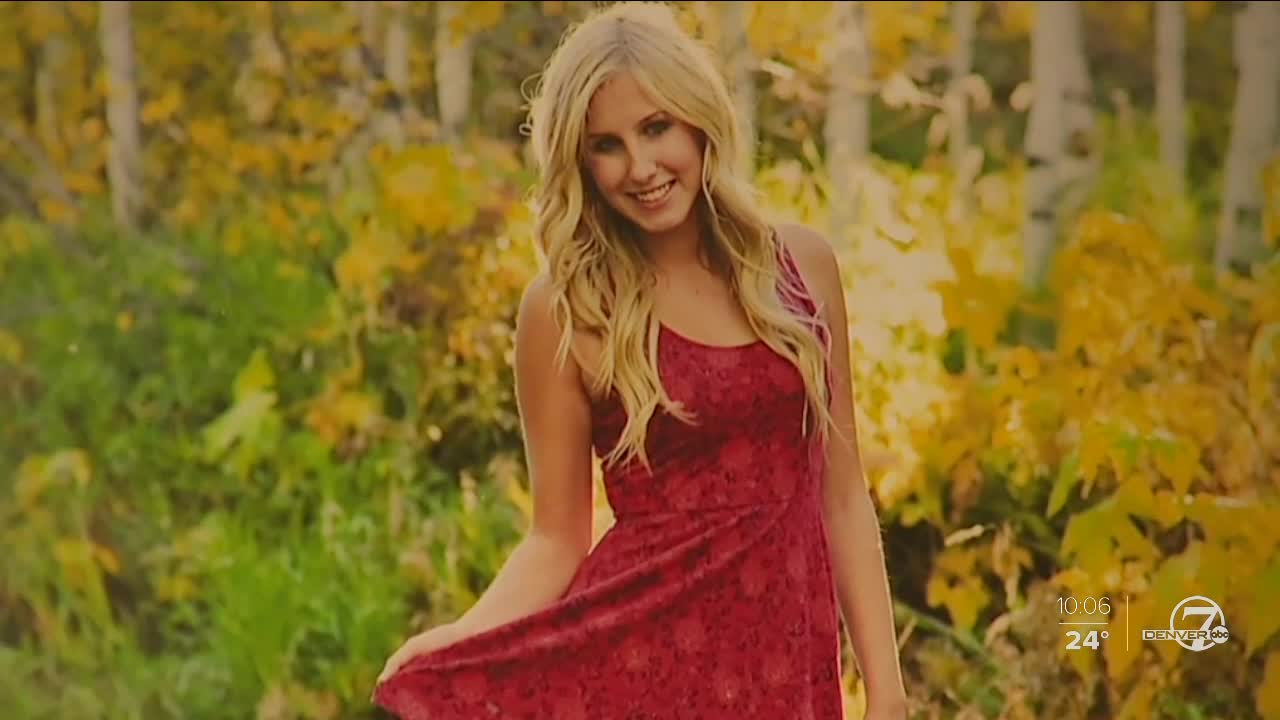 “People just admired her,” said her high school and college friend, Baylee Bell. “She was really sophisticated and incredibly glamorous, but she also had no problem fitting in with — really, [with] any crowd.”

It was 2017, the summer before Madeline’s senior year at the University of Colorado-Boulder. Her parents say she was in Boulder, but she was getting ready to come home for one last weekend in Steamboat Springs before her senior year.

"She had just completed a semester abroad,” said Maddy’s father, Alden Globe. “She was so interested in the world and helping people."

“An internship in Barcelona," said her mom, Susan Globe.

Then, it all came crashing down. Maddy had just moved into her new place.

“Took a pill,” Susan said. “And hers had fentanyl in it."

Maddy and her friends thought the pill was the anti-anxiety medication Xanax.

“I had no idea that Xanax was being taken by college students as a party drug,” Susan said.

"This came as a shock to us,” Alden said.

It shocked her friends, too. None of them could have ever imagined there would be fentanyl inside the pill Maddy thought was Xanax.

Andrew Kirshbaum was the lead detective on the case for the Boulder Police Department.

Kirshbaum says Maddy and her friends bought Xanax, a prescription medication, from a dealer off the streets that night.

"They all knew that,” Kirshbaum said. “What they didn't know was that one of those bars (pills) was laced with fentanyl."

Maddy Globe took one, then went to bed.

"And she never woke up," Susan said.

Last year, more than 70,000 Americans died as a result of the opioid epidemic. Experts point to three streams feeding the crisis.

The first is long-term opioid addiction from dealing with an accident or pain of some kind.

“It’s the person who is in and out of rehab,” Alden Globe explained.

Then, there are students taking pharmaceuticals casually and mixing them with alcohol at parties. And the third involves fake pharmaceuticals coming through the mail, which are made in places like China and adulterated with fentanyl and other incredibly powerful drugs.

“In our case, a $5 fake pill took our daughter’s life,” Alden said.

Fred Johnson was the prosecutor who used the grand jury process to ultimately find and convict the person who sold the drugs to Maddy and her friends.

“He didn't seem to know what was in the Xanax either," Johnson said.

"Nobody knows what's in some of these drugs," Kirshbaum said.

No one except for the pill maker. And that's what's so dangerous.

"It's a new phenomenon with the dark web, where you can just order drugs and they'll come to you," Kirshbaum said.

The fake drugs are often made overseas — pills pressed by underground drug pushers in places like China — and fentanyl is often the additive.

Cheap and deadly. And it's nearly impossible to track its origins.

"We have no idea where it came from," Kirshbaum said.

"The person selling them, the person receiving them — all the way down the line — don't know what's in them," Johnson said.

"It's black market laboratories,” Alden said. “You need to think twice before taking some drug that someone gives you. If it's not from a doctor, you don't know what it is."

While Maddy's case is tragic, it is not the first and won’t be the last.

"She had no idea that this pill was going to end her life," Susan said.

"It stops your breathing,” Alden said. “It relaxes you so much, you stop breathing and you suffocate to death."

And it’s not just happening at CU Boulder. According to the LA Times, nine recent deaths at the University of Southern California were potentially linked to drug overdoses, reflecting a growing concern among educators and public health officials there about the rising use by college-age adults.

Particularly worrisome to investigators there are tainted drugs, which are touted as one thing, but contain something much more potent — just like in Maddy’s case.

Xanax is not the only drug being spoofed. Investigators, like Kirshbaum, say other drugs like cocaine are being mixed with synthetic opioids as well.

Deaths resulting from overdoses due to fentanyl/heroin combinations doubled in San Francisco in 2019, according to preliminary statistics from city officials there.

Maddy’s friends are hoping others will take notice.

"Maddy was not a drug addict," Bell said. “This could happen to anyone. This could be anyone's daughter, anyone's child."

"She had big plans,” Susan said. “She wasn't an addict. She made a really bad choice. And it happened to her."