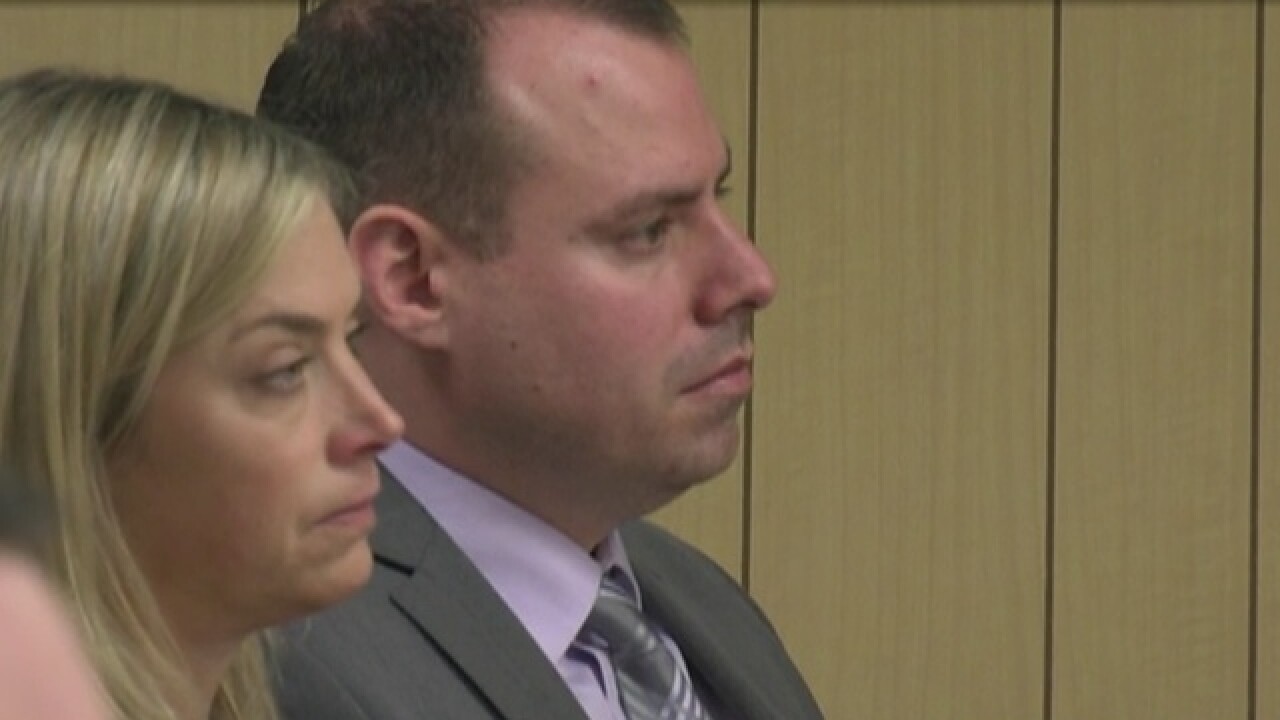 A neighbor who was 15 years old when Ashley Fallis died said he overheard Tom Fallis admit to shooting her.

Investigators initially ruled her death a suicide. Her parents believed she was murdered.

The case was reopened in 2014 and a grand jury indicted Tom Fallis, a former Weld County Sheriff's deputy on a charge of second degree murder.

Glover lived next door to the Fallis family in Evans when Ashley Fallis was killed, just after midnight on Jan. 1 2012.

Tom Fallis looks a bit concerned as Nick Glover takes the stand.
Nick says he was home in the basement and remembers the night pretty well.

Glover said his friend, Ben Brunswick, called and asked if everything was OK, because there were police cars in front of the house.

Nick says he was downstairs... heard his mom walking quite a bit upstairs. She tells kids something happened next door. Stay inside.

Glover and two other children, Trevor and Madison, crawled down the hallway toward the front bedroom.

"We were curious, wanted to see what was going on," Glover said. He said they slid the window open about two inches.

Glover said he saw a couple people approach, and saw Tom Fallis get up.  He was frantic, the others motioned with their hands to quiet down, Glover said.

When asked how certain he was that he heard Tom Fallis say what he did, Nick Glover replied, "I'll take it to my grave."

"You can't hear something like that and forget about it. I mean, that's gonna be embedded in your mind for years to come," Glover said.

During cross examination, the defense asked Glover if he recalls telling police about a conversation with his friend, Ben Brunswick, and telling him "My neighbor just shot herself."

On Friday, the defendant's father took the stand.

Jim Fallis was asked if his son had confessed to the shooting. The defense attorney said, "Did you ever hear him say, 'I shot her?'"

The defense attorney then asked, "Did you ever heard Tom confess, at that time, to shooting Ashley?" Jim Fallis replied, "Never."

Anna Fallis told the court that she talked to her son on the phone shortly after the shooting.

The defense attorney asked, "Was he hysterical? Anna Fallis replied, "Yes." The defense followed with, "He was crying?" She said, "Yes."

The defense attorney continued, "Ashley's uncle was screaming at you?" Anna Fallis said, "Yes, all three of them (Ashley's uncle and parents) screamed at us."

When the defense attorney asked what they were screaming, Anna replied, "You're (f-word) son just shot Ashley."

The murder trial is expected to last two to three weeks.