CSP: Victim who died in crash was not wearing seat belt 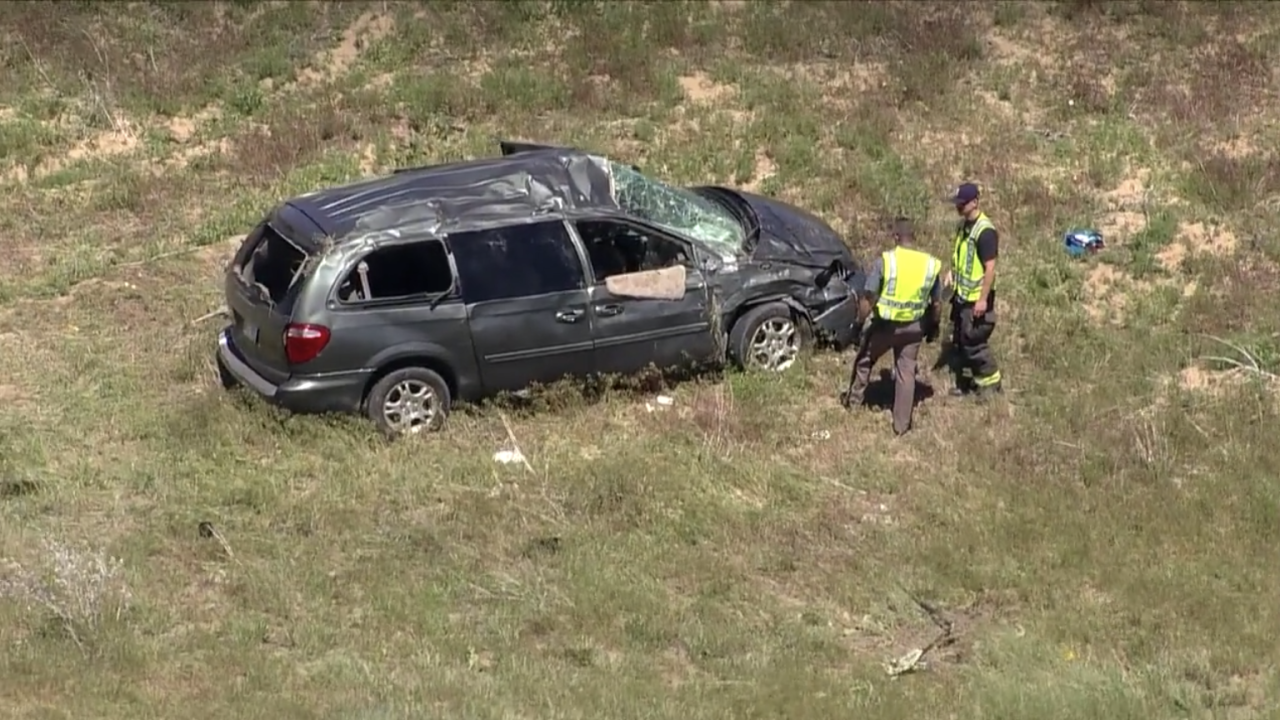 The van involved in a rollover wreck in rural Weld County on Saturday.

Orelia Gaspar, 35, of Fort Morgan, died in the crash. CSP Trooper Josh Lewis said she was not wearing a seat belt at the time of the crash and was ejected from the vehicle. She died at the scene, Lewis said.

Lewis said on Monday there were five others in the vehicle at the time of the crash – none of whom were injured. CSP said Saturday that there were four children inside the vehicle.

Lewis said that the driver of the van lost control after the tire failed and rolled the van.