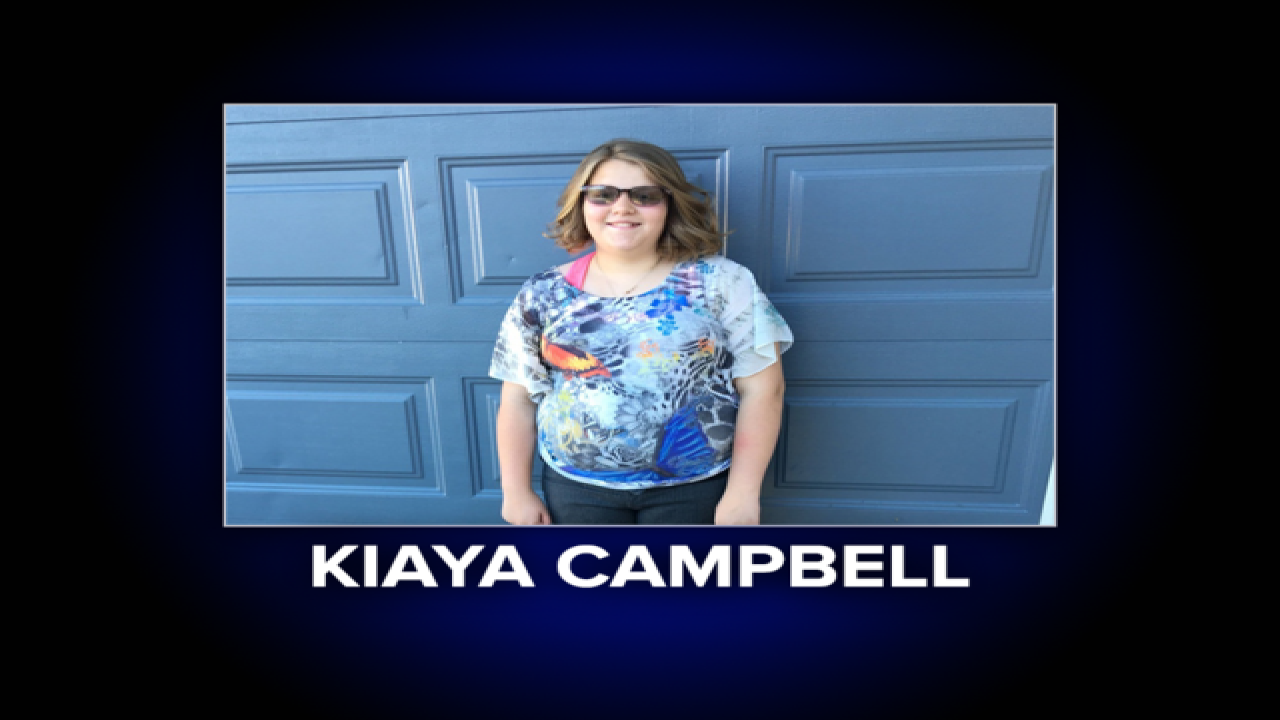 DENVER — A 15-year-old being held on murder charges appeared in court Monday afternoon. The unnamed suspect was arrested over the weekend in connection with the death of 10-year-old Kiaya Campbell.

The Thornton community continues to mourn her loss with a growing memorial as the district attorney takes the lead on the case.

The 15-year-old and his family appeared in court during a hearing. The district attorney said he will look at whether or not to try him as an adult. If he decides the suspect should be tried as an adult, he would have to submit a request.

"Well it’s something that we would look at in any juvenile case to see if they’re eligible for adult court and certainly that’s something we would do on a case by case basis," said David Young, the District Attorney for the 17th Judicial District.

Campbell left her dad's home in Thornton with a 15-year-old to walk to a nearby store last Wednesday evening. She never returned home but the boy did.

On Thursday, police issued an AMBER Alert, leading to a large scale investigation by more than 20 police agencies and hundreds of volunteers. Later that day, a nearby resident located the body of a young girl.

That body was later identified as Campbell, and her death was ruled a homicide on Friday. Two days later police announced the arrest of a 15-year-old in connection with the case.

Thornton Police collected what they described as a "massive" amount of evidence in the neighborhood where her body was found. That evidence will likely be critical as the case moves forward.

The suspect is set to appear in court again on Wednesday to face formal charges.

TIMELINE: Follow the developing timeline in the following pages of this story.

Wednesday, June 7 — Campbell leaves her home with a 15-year-old friend at about 7 p.m. to head to a shopping center.

Denver7 will continue to update this timeline as the story develops.