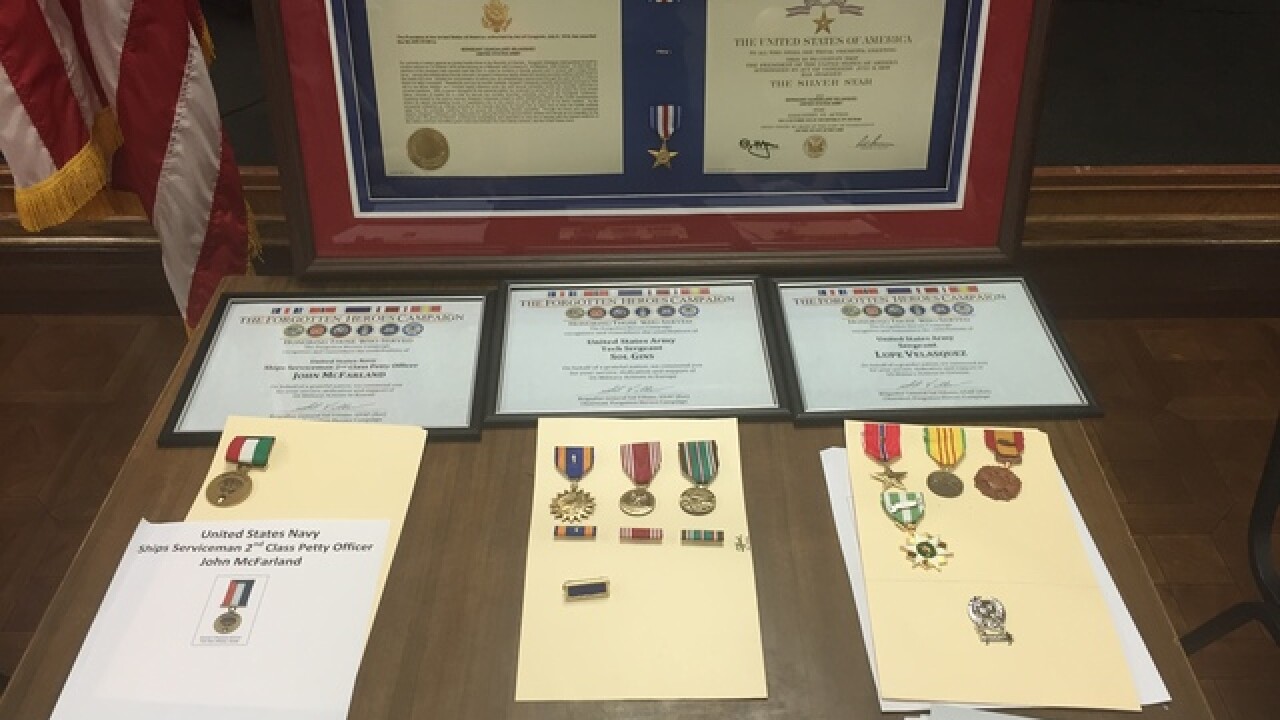 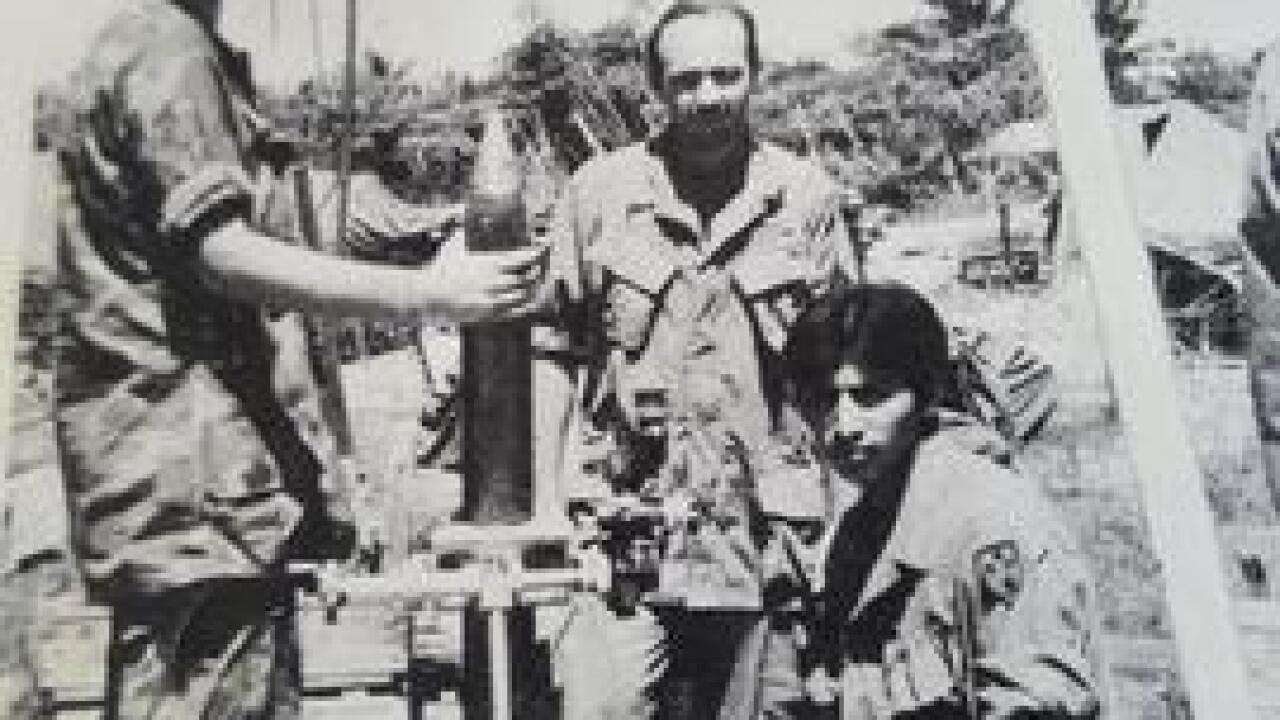 Courage is the ability to push through something in the face of danger.

Yet Gen. Sal Villano gets emotional every time he pins a medal on a veteran, some of whom earned those honors decades ago, but are only receiving them years after their active service has ended.

“It brings back memories to me about all the men and woman that went over, fought overseas and never came back," said Gen. Villano.

Courage is an understatement for Tech Sergeant Sol Gins, who dislodged a stuck bomb with a pair of pliers during World War II and dropped the bomb from a plane by hand.

“If I hadn't of been able to release the bomb and get rid of it,  it would have destroyed myself, everyone on my crew, everyone in my squadron," said Gins.

Then there's Sergeant Lupe Valasquez, who stood shoulder-to-shoulder with the enemy in Vietnam, stepped on four booby traps and dodged bullets on the battle field.

"'They said Ponch give me your hand' and as he grabbed me and picked me up, the bullet went right by, you know, the silhouette or whatever you know?" said Velasquez.

Second Class Petty Officer John McFarland who served 20 years in the Navy and was on the ship when the Iran prisoners were released during the Iran-Iraq war.

It's easy to thank these men for their service and call them heroes, but it's not something they consider themselves to be.

"I was doing a job that was absolutely necessary in order for all of us to maintain peace and quiet," said Gins.

"No, because I mean I didn't stop war, the other ones, the heroes are dead, us, you know, we're survivors," said Velasquez.

The Forgotten Heroes Campaign continues to work to research and verify Veterans service history, so they can be honored with the medals they’ve earned.