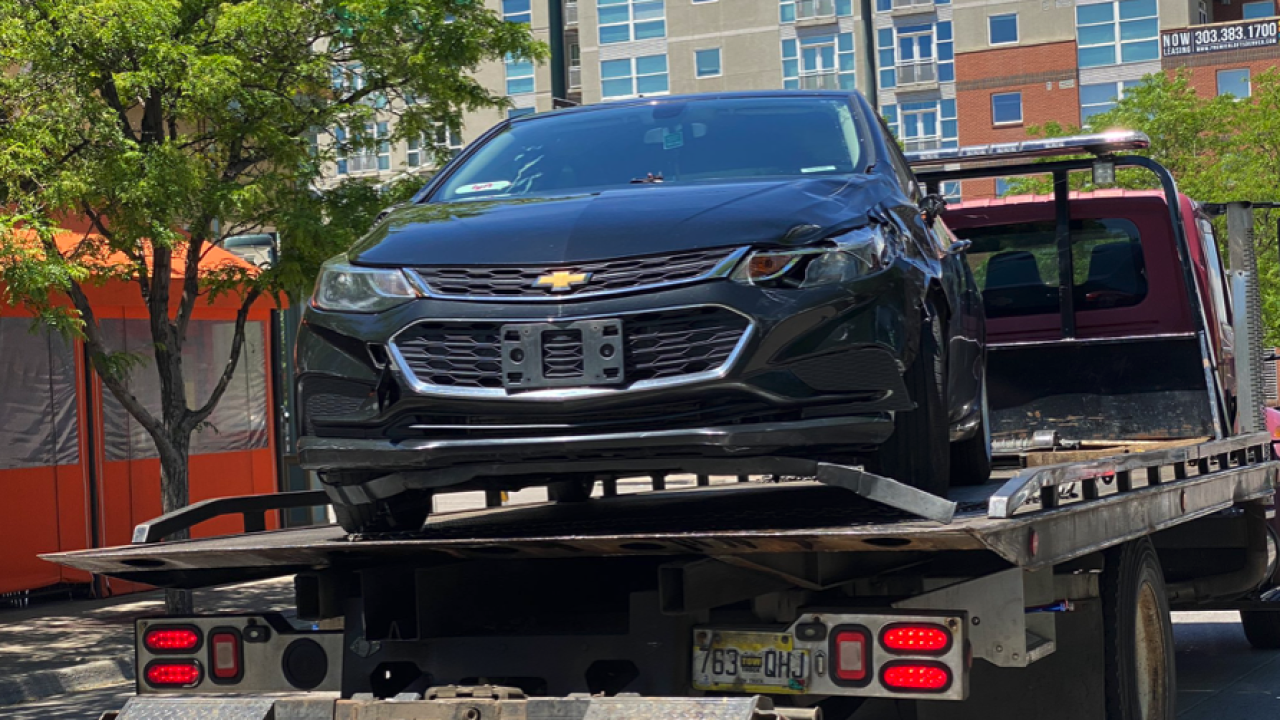 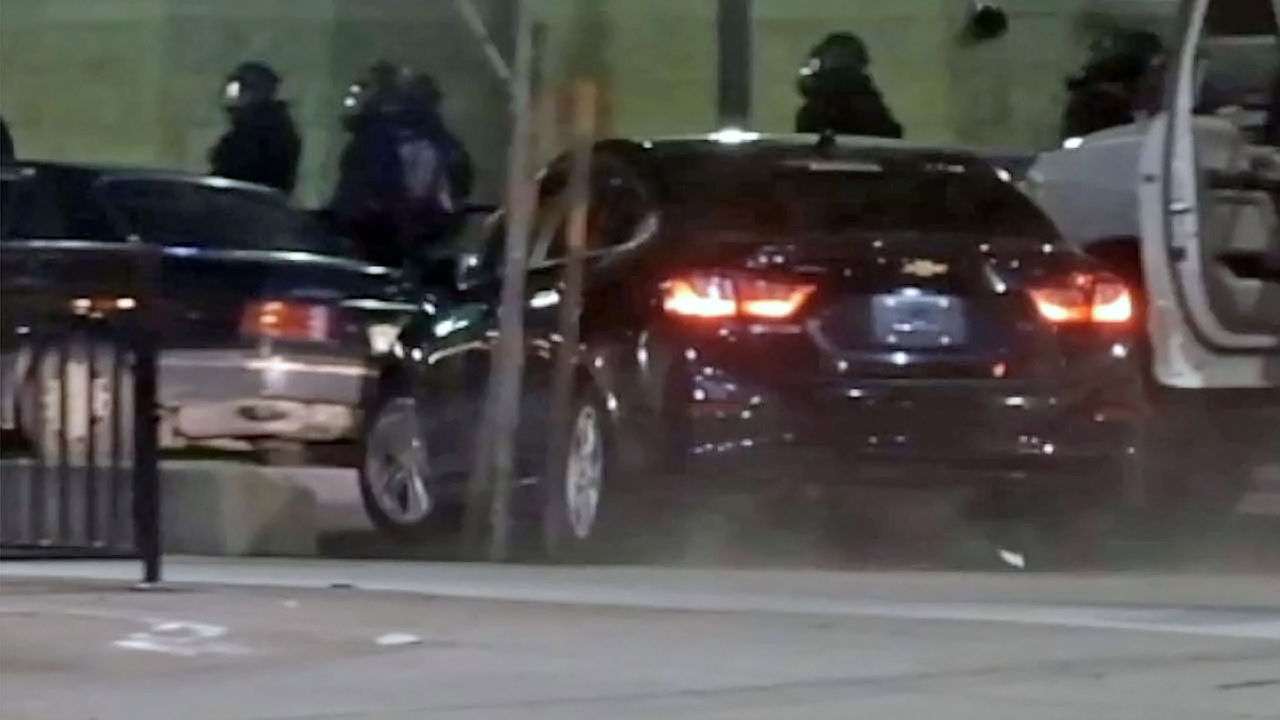 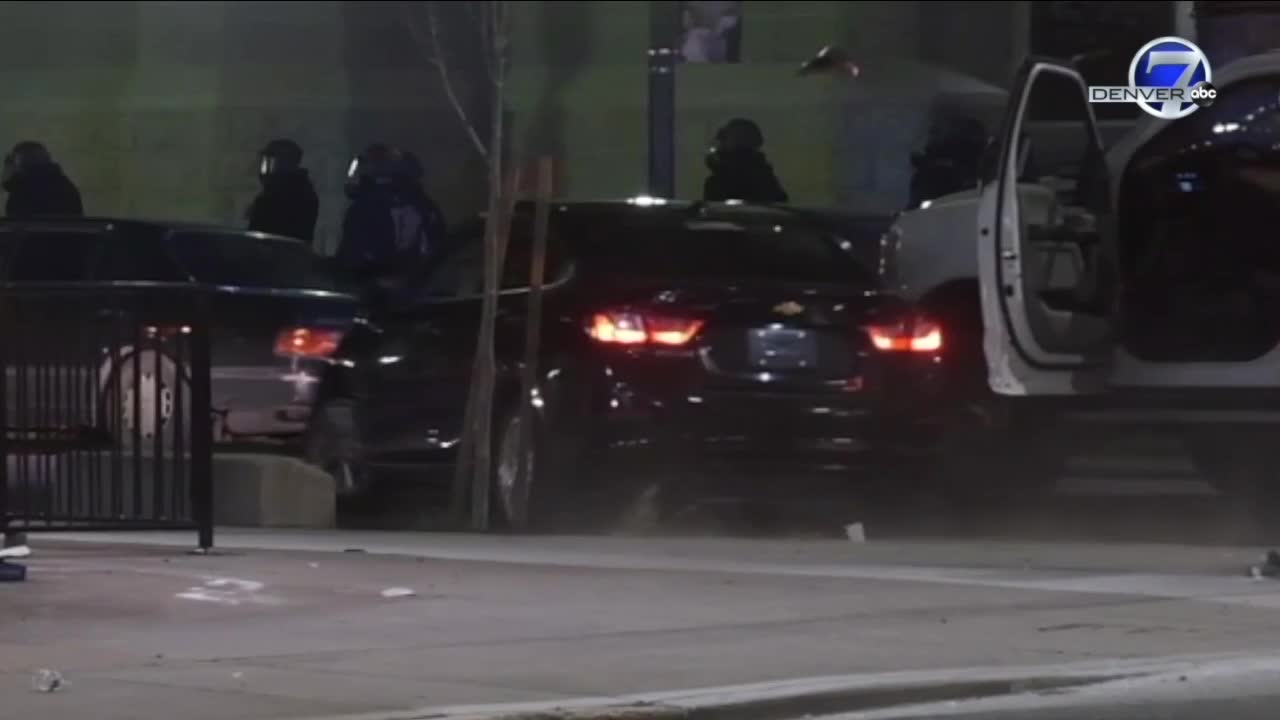 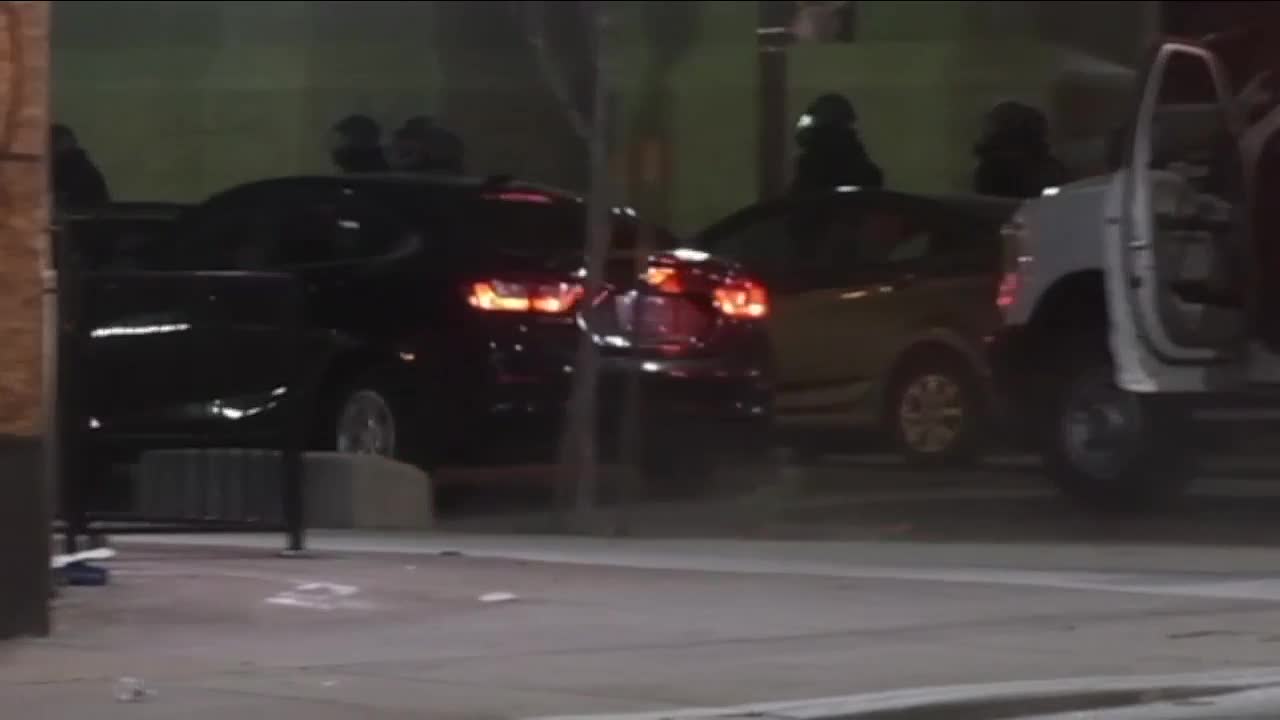 DENVER — Denver Police Chief Paul Pazen says a "vehicle of interest" has been located in connection with a hit-and-run crash that injured three officers and a bystander Saturday night. Later, Denver Police tweeted that a suspect had also been located but no word if that person had been arrested or the person's identity. Police said no other suspects are being sought at this time.

The incident happened at 16th Avenue and Logan Street, in the Uptown neighborhood, according to a police spokesperson.

There were no life-threatening injuries but some of the victims had serious bodily injuries, police said. It was unclear whether the incident was related to the nearby protests that took place downtown Saturday night. By Sunday morning, two of the officers had been released from the hospital while the third officer remained hospitalized, according to a tweet from Denver police. All three are expected to recover fully.

Police were searching for the suspect vehicle, a Chevrolet Cobalt or Cruze with the Wyoming license plate No. 59722. The Chevrolet car might have extensive front-end damage, police said. The vehicle was later located and taken away on a tow truck.

A Denver7 photojournalist captured raw video at the scene showing a black vehicle traveling down the street at a higher speed.