Threats against colleges could become a felony 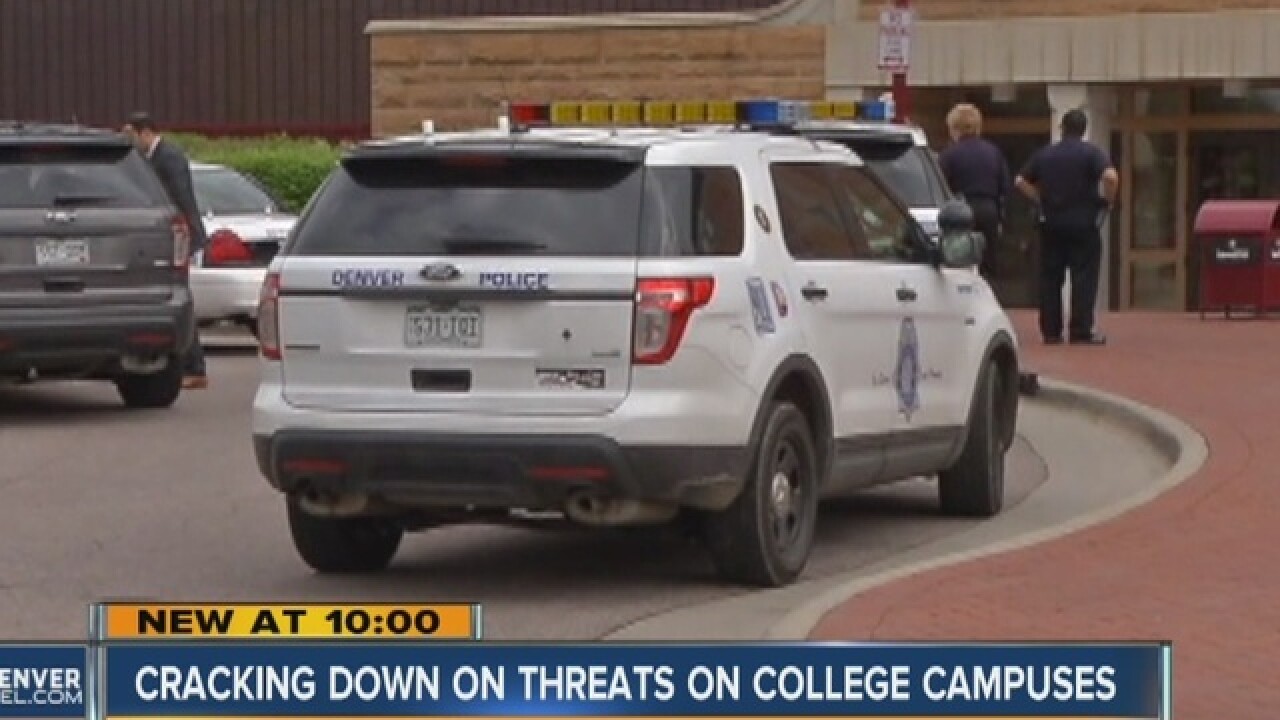 Chances are many of you, at one time or another, have gotten the call about a threat at your child's school or on his or her college campus.

Now, a new proposed law takes aim at those threats on college campuses - making them much more serious offenses.

Whether a bomb threat - or a threat against a specific individual – state Rep. Jovan Melton, (D) Aurora, says right now Colorado has a law with no teeth.

"Someone could literally walk into a classroom with a gun, threaten their teacher, and that would just be a misdemeanor," said Melton. “It falls under a misdemeanor menacing charge. Much lower than it should be.”

That results in very little jail time, if any at all.

In fact, over the past three years in Colorado - there have been 174 threats against educational institutions. That includes k-12 and colleges. Of those, only nine resulted in jail time.

Yet each case has cost taxpayers thousands.

In one recent study – the average cost associated with a hoax threat, is estimated at $8,000 for the law enforcement response alone. If students are released from classes because of the threat, the average cost can be five times as high.

It comes on the heels of campus threats here, and violence elsewhere.

“Like what we saw back east with Virginia Tech," Melton said. “There were warning signs.”

Melton said he believes he has bi-partisan support in both the House and Senate, including Republican co-sponsor, Sen. John Cooke.

“We don't feel like campus safety, or the safety of any student should really come down to being a Republican issue or a Democrat issue. We need to protect staff and students. Especially those living on campus."

The proposed law does not apply to threats made at high schools, middle schools or elementary schools where the majority of suspects are juveniles. Melton says those laws are currently adequate.