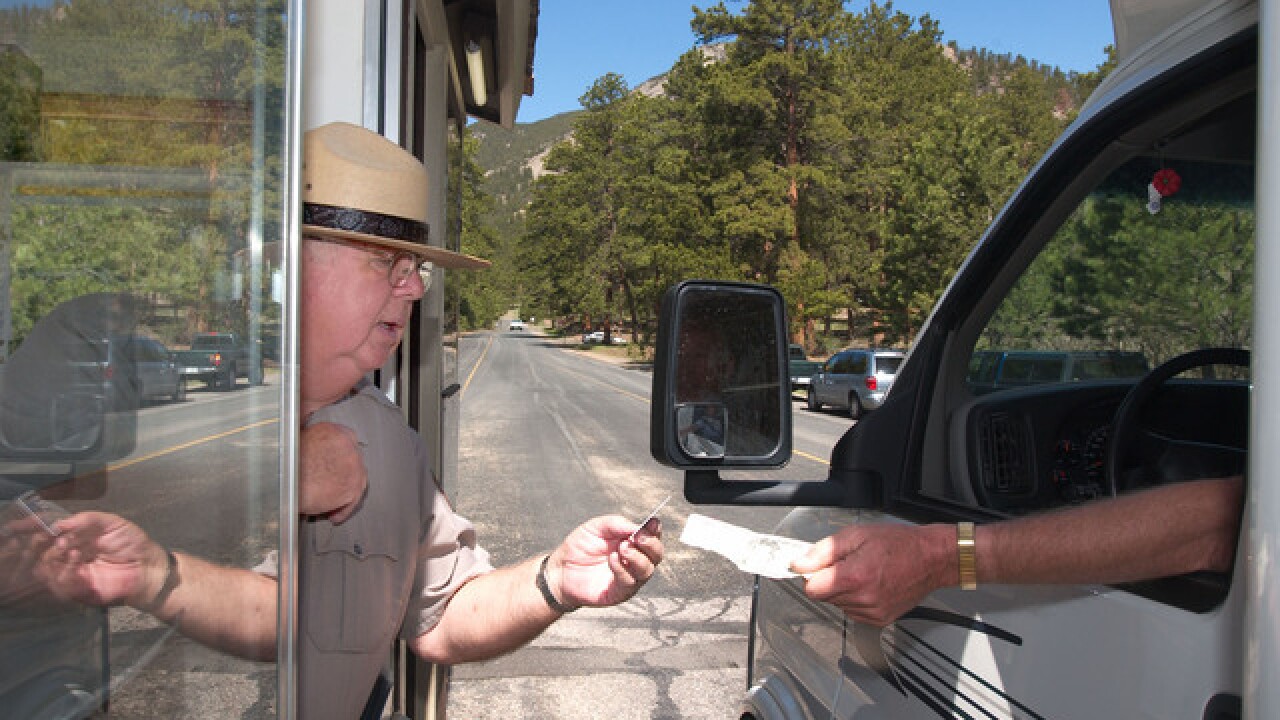 While a few federal agencies said Friday they had enough funding for another few days or few weeks, should the government shut down, “non-essential” federal workers would be furloughed until another budget deal is reached.

In Colorado in 2016, there were 36,917 federal employees, not including the 10,591 Department of Defense employees, according to the Office of Personnel Management.

Each government agency has its own contingency plans in the event of a shutdown that will tell those working at each agency who is “non-essential” and wouldn’t be working, but how many employees in Colorado might face furloughs was unclear Friday.

During the 16-day 2013 shutdown, federal employees were furloughed for a combined 6.6 million days, costing them about $2 billion in pay, according to an executive summary of the impacts of the shutdown.

The Council of Economic Advisers estimated the shutdown resulted in 120,000 fewer jobs being created during those two weeks in October 2013.

The report also said that “the USGS lost an opportunity to gather information on damage caused by the Colorado floods…the loss of these data significantly reduces the ability of scientists and disaster response professionals to learn from these extreme events.” The report said USGS also couldn’t deliver information about possible pollution released in the 2013 Colorado floods during the shutdown.

Rocky Mountain National Park would remain “as accessible as possible,” according to park spokeswoman Kyle Patterson. She said there would be limited staff to respond to emergencies, however, and that visitor services would also be limited should a shutdown happen.

“Services that require staffing and maintenance, such as entrance stations, the Beaver Meadows Visitor Center, the Kawuneeche Visitor Center, Moraine Park Campground, and most restroom facilities will not be operating,” Patterson said.

A spokesman for the Department of Veterans Affairs, which is working to finish its long-overdue Aurora hospital by August, told The Denver Post that the VA would keep most of its staffing.

“Even in the event that there is a shutdown, 95.5 percent of VA employees would come to work, and most aspects of VA’s operations would not be impacted,” VA spokesman Curt Cashour told The Post.

Cashour added that funding for the Aurora hospital has already been appropriated, so the ongoing construction won’t be effected.

There are five military bases in Colorado whose thousands of civilian employees could also face furloughs, which they braced for Friday but hoped wouldn’t have to happen.

“The continuing resolution and pending government shutdown are in the hands of our elected officials, and we are hopeful there is enough time for Congress to prevent a lapse in appropriations,” said Brandy Gill, a spokesperson for Fort Carson in Colorado Springs. “Failing an agreement by the deadline, a limited number of pre-designated personnel will continue operations; the rest will maintain close contact with their supervisors for specific up-to-date instructions.  DoD's foremost need is to receive an enacted appropriation for Fiscal Year 2018 as soon as possible.”

Rep. Mike Coffman, R-Colo., on Friday introduced a proposal that ensure that active-duty, National Guard and reserves troops, as well as civilian contractors, be paid in the event of a shutdown. Should his bill be taken up and passed, it would be effective for any shutdown through Sept. 30.

Sens. Michael Bennet (D) and Cory Gardner (R) continued to push for their “Gang of Six” bipartisan immigration deal to be passed Friday, though any hope of that happening faded as the day went on.

The government should not be running on continuing resolutions. We have an obligation to the American people to stay here and do our work. We should use our bipartisan #DACA deal as a basis for negotiations and keep the government open. pic.twitter.com/0v4U1tVRqm

“To think we must vote for the CR or vote to protect Dreamers is a false choice,” Bennet tweeted. “I’m very unlikely to vote for the House-passed CR because we have been irresponsibly running this government for far too long & we should stay here and do our work to pass a long-term budget.”

That was a slight change from Thursday, when Bennet told reporters, “Yeah, I’m going to vote against a spending bill that doesn’t have DACA in it.”

And while Gardner consistently rung the bipartisan bell in his joint immigration presser with Bennet Thursday, he was back to hitting Democrats over their possible boycott of the House-passed continuing resolution, saying they were “holding the government hostage.”

“They’re going to shut the government down because they object to a four-week CR so they can get a five-day CR,” Gardner said Friday. “Six-thousand civilians are going to be furloughed if this government shutdown occurs…the collateral damage hurt men, women, and children across this country.”

But both senators were on Thursday committed to staying in Washington and getting work done, even in the event of a shutdown.

The impasse between the two parties comes as Republicans passed a continuing resolution that will fund the Children’s Health Insurance Program (CHIP) for six years, forcing Democrats to have to come aboard in the Senate in order to fund the government.

But the bipartisan bill that Gardner and Bennet have worked on for months with four other senators, which has gained broader support over the past week, has been a dealbreaker for many Democrats and some Republicans hoping to get protections for Dreamers included in any spending bill.

President Trump and Republican leadership have said that Democrats don’t want to fund the CHIP program in the face of protecting undocumented immigrants, while Democrats say Republicans are the entire ordeal into a political stunt, since Congress allowed CHIP to expire and Trump ended DACA as of March and Republicans control the entire legislative and executive branches.

There was still much uncertainty just 5 ½ hours before the funding deadline as to exactly what would happen. Trump met with leadership from both parties Friday to try and work toward a deal, but one remained evasive as of Friday afternoon.