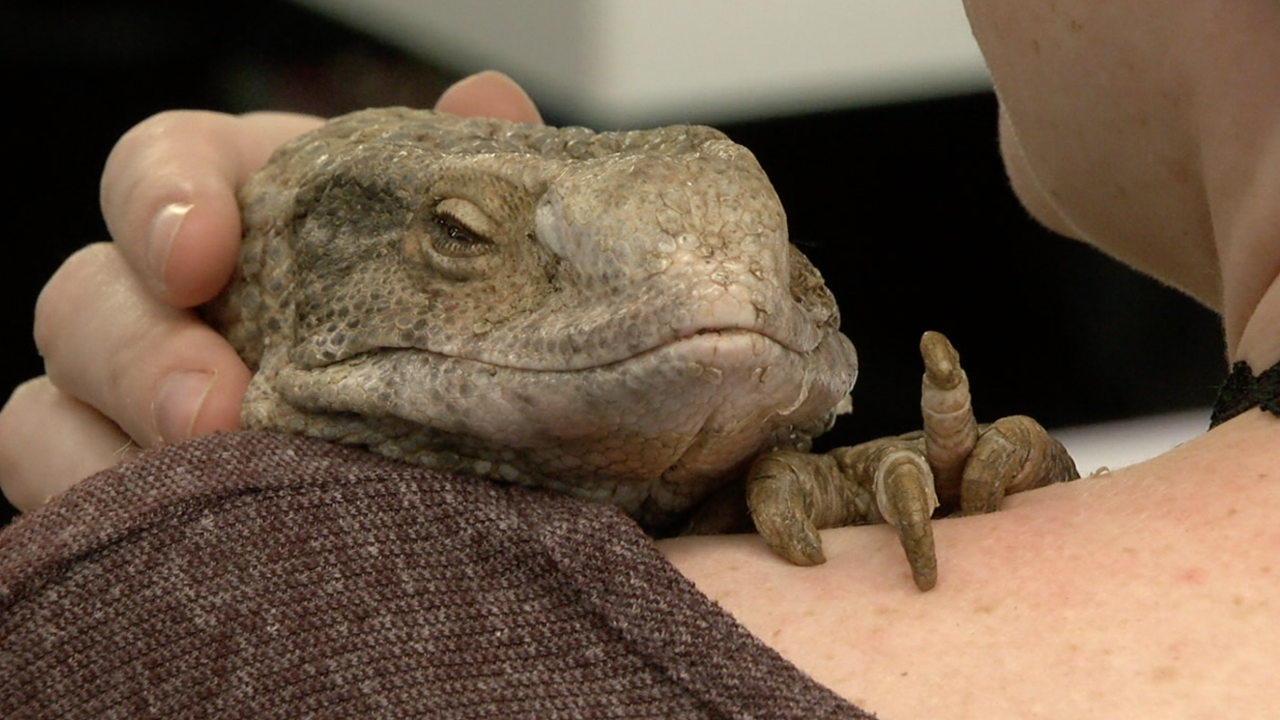 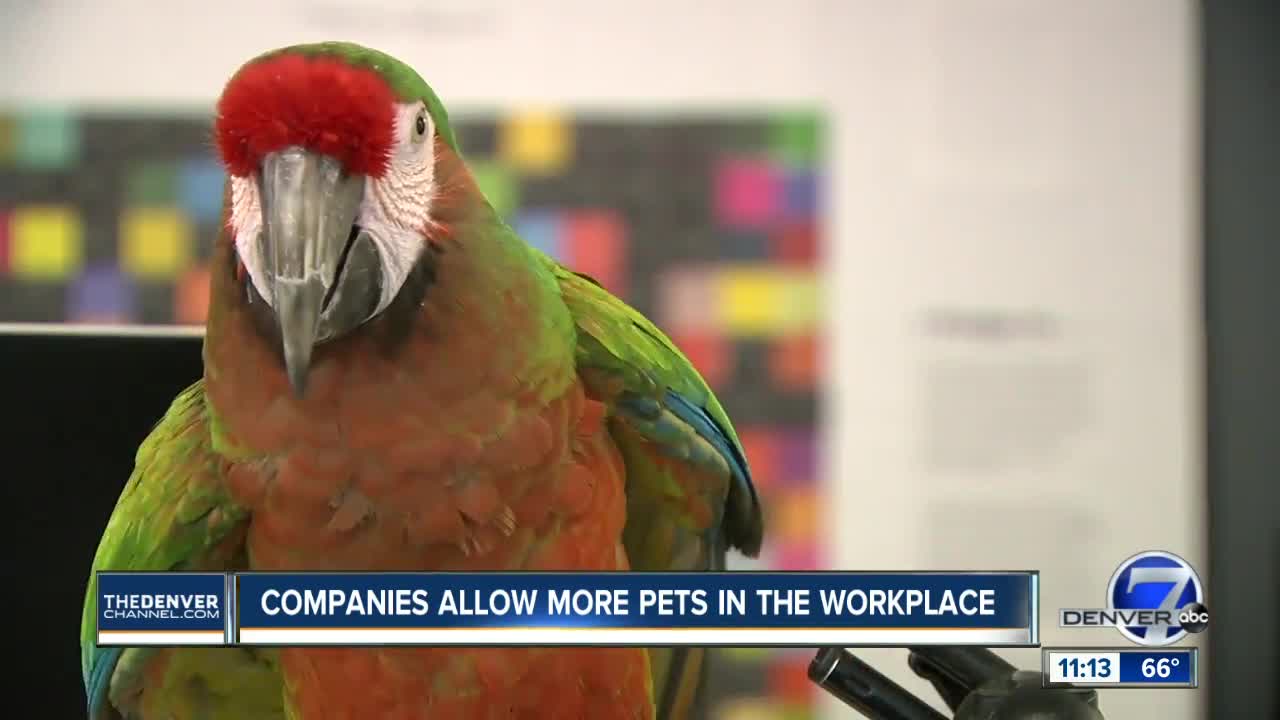 DENVER — You've probably heard of companies that allow employees to bring their well-behaved dogs into the workplace. But this company in Denver has split that idea wide open, embracing the phrase "corporate jungle."

Four Winds Interactive, a digital signage company in Denver, welcomes not only dogs, but a bunch of exotic animals, including snakes, lizards and even a pig.

“We all know that when people are happy they’re more productive and a lot of times that has to do with their animals,” said Four Winds Interactive Chief People Officer Courtney Graham.

Greg Feldman said he brings his chameleon to work with him because it makes people smile.

Four Winds Interactive is among a growing number of companies that sees the value in having animals in the workplace to engage employees and help reduce stress.

Employees like Sam Adams love when the pets come for a visit.

“It’s just a nice, energizing thing for all of the employees really,” Adams said.

Adams can still get work done while holding Jared the lizard, but that may not be true of every employee.

You've probably heard of companies that allow employees to bring their well-behaved dogs into the workplace.

“Make sure pets are vaccinated before they come to workplace, that their behavior has been checked out, and you have a process in place if the animals aren’t going to work out,” said Ellen Sarvay with Pinnacol Assurance.

She said companies should make sure to communicate with all employees before allowing pets in the workplace to make sure people don’t have allergies or other concerns. It’s also important for companies to train workers to deal with animals, especially if they're unfamiliar with the animal or haven't had pets before.

“Make sure that their employees have those skills to understand animal behavior,” she said. “Not everyone has had a dog in their life so they might not understand what that dog is doing is signifying something that could harm them.”

Ultimately the goal is to create a positive and safe work environment. If that includes a coffee break with a chameleon, or a meeting with a macaw, it can certainly make things more interesting.