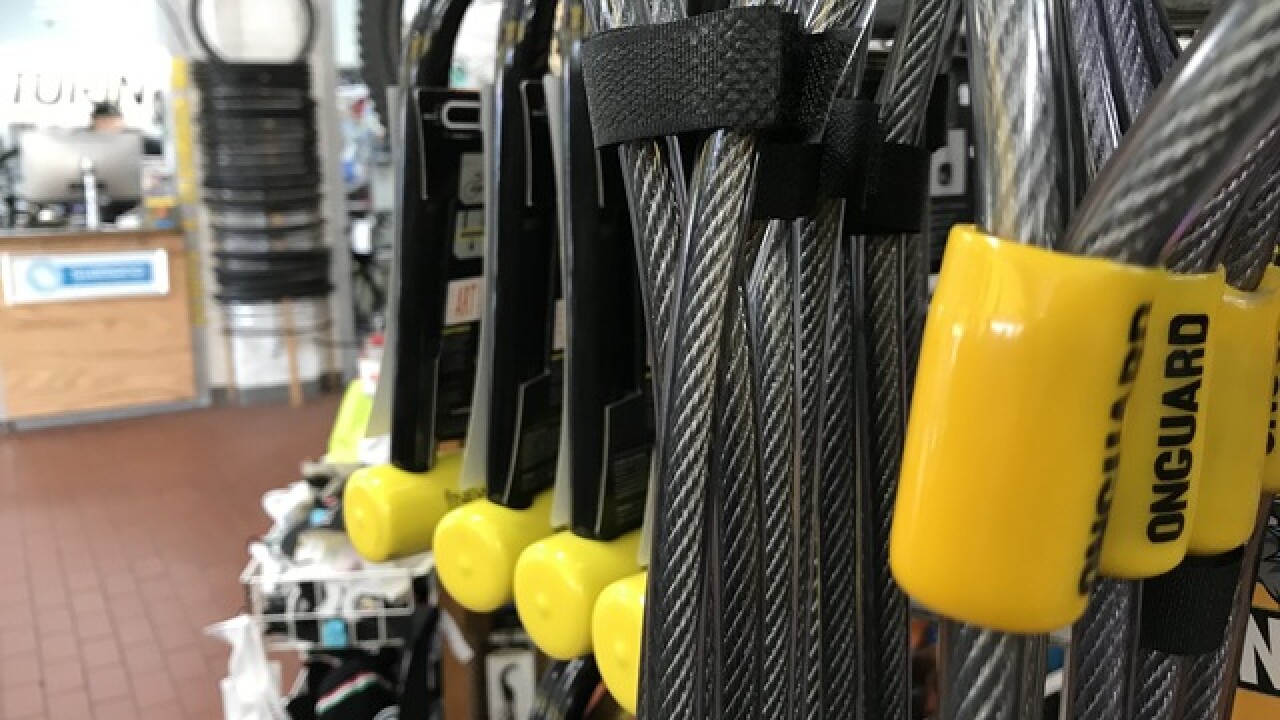 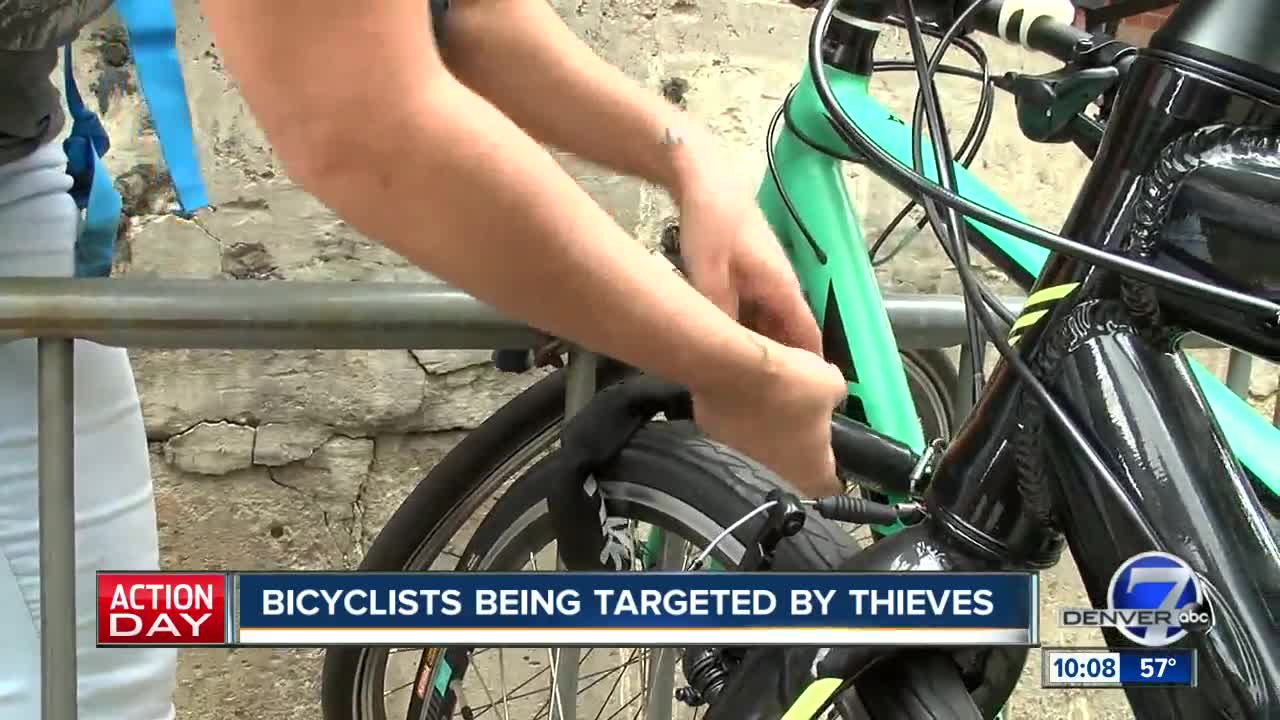 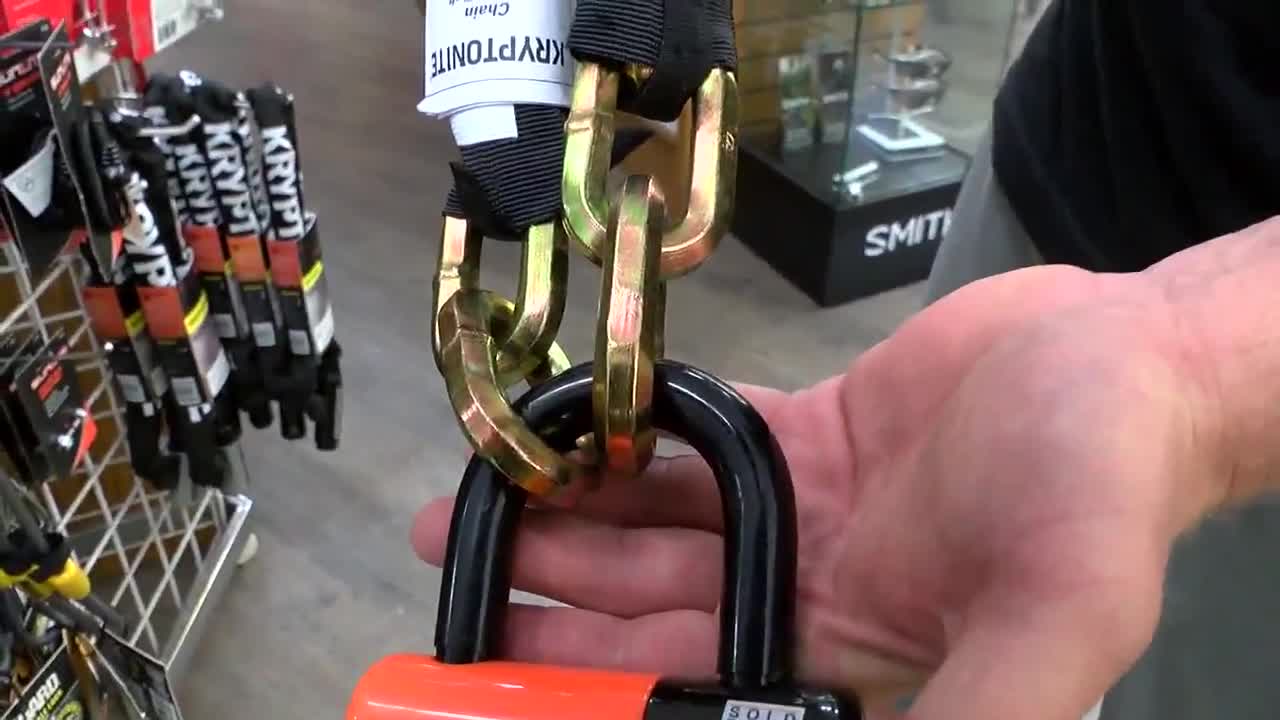 DENVER -- The Mile High City is seeing a lot of growth in the cycling community, which also means more bikes being stolen.

“It feels horrible,” said Mike Stejskal, a buyer for Turin Bicycles in Denver. “You walk up to it assuming that your possession is going to be where you left it and it isn’t.”

Stejskal said choosing the right lock is important to keep your bike safe.

“Your average cable can be cut through with a tool that is very small. It fits in your pocket and takes a couple of seconds for the thief to get through,” said Stejskal. “Any of the U-locks are much more secure, and there are also some other chain style locks that are much more secure. Then lock it to something that can’t be damaged itself.”

“When you have that serial number that is documented in our registration system, it is a lot easier for us to reach out to you and return your bicycle,” said Denver Police Commander Paul Pazen.

Bike manufacturers make thousands of bikes that look the same, so the serial number can be in many different places. Try checking the underside of the crank, headset, rear stays, seat downtube next to crank and top of the crank.

Another trick for adding identification to your bike is hiding your contact information inside the bike.

“Removing the seat post and sticking a business card down the tube. When that bicycle is recovered, and we are trying to document proof, we can fish that out with a clothes hanger, and that would then indicate that this bicycle belongs to the person that is claiming it is theirs,” said Commander Pazen.

Denver Police has used bait bikes as a deterrent for thieves, but unless cyclists are taking the right steps to keep their own bikes safe, thieves will be on the lookout to take more locks out.

“There's a lot of cyclists in Denver who have some very nice bikes, and thieves know that,” said Stejskal.

Stejskal recommends cyclists not creating habits or rhythms of where they lock their bike. Thieves may be watching for bikes consistently showing up in certain places and knowing how long they are locked up for.