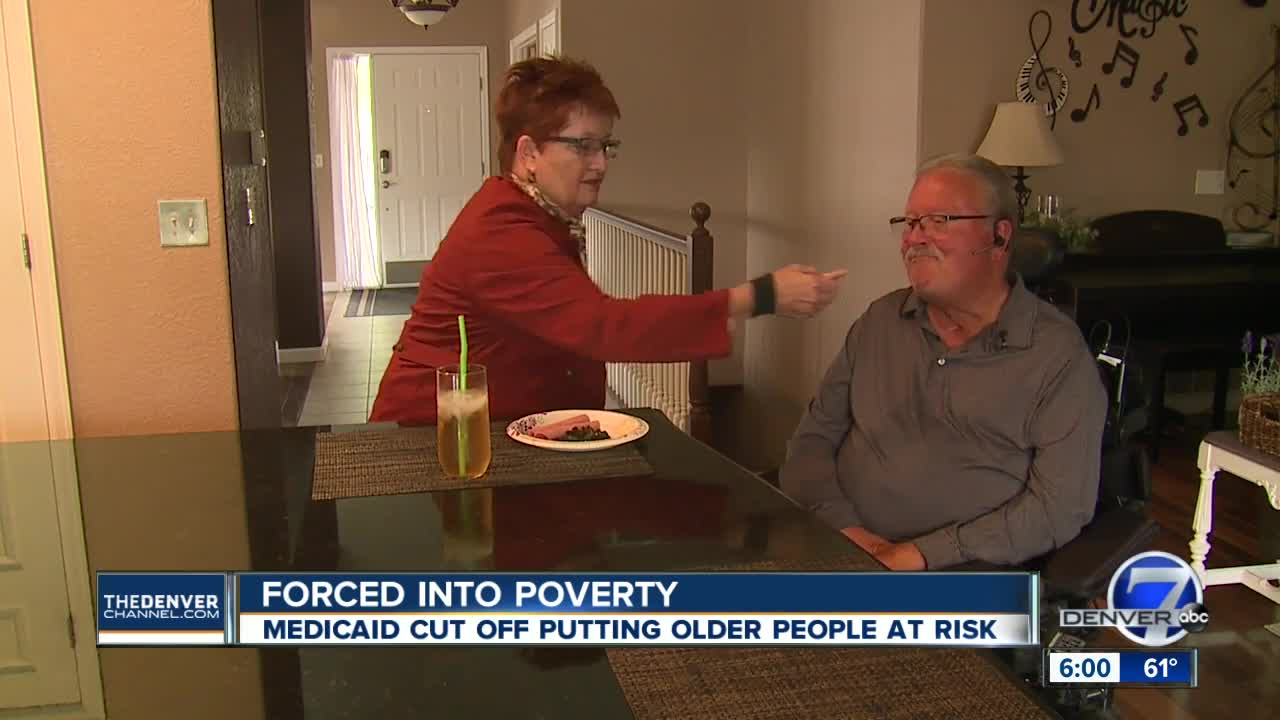 DENVER -- It is a terrible choice: either give up on work or lose the health care needed to live. For a small group of Coloradans, it is a choice that looms large as they approach the age of 65.

"I really want to keep working. I enjoy it," said Curtis Wolff, who became a quadriplegic seven years ago, after surviving the West Nile Virus. "I am still able to do a lot of things. I am a trainer for a contractor for the State of Colorado."

But certain health care expenses aren't covered by insurance, including wheelchairs and personal care. Fortunately, Colorado has a Medicaid buy-in program for working adults with disabilities, which allows Wolff to keep making and saving money and still get Medicaid benefits.

But there is one major problem: the program ends when people turn 65 years old.

"This program is only good until age 65, and I can't even retire until 67 in the first place," said Wolff, who said that even after that, Medicare will not cover long-term care expenses and other benefits that Medicaid does.

If he wants to keep receiving Medicaid after he turns 65, he has to get rid of all assets over $2,000.

"Really, after working hard you whole life you basically have to lose everything in order to just survive. It's just not fair," he said.

Josh Winkler with the Colorado Cross-Disability Coalition (CCDC) said federal lawmakers probably assumed people could get on Medicare at 65 or that many with disabilities would not live past that age.

"As set up right now, the system is broken," said Winkler, who said a bill drafted at the federal level to change the 65 age limit has gone nowhere. "I know several people who have worked for 20 plus years with their disabilities, and their plan is to die before they turn 65 because they don't have a plan at 65."

CCDC is looking for a state solution, allowing people to keep working, keep their assets and keep buying in to Medicaid if they have already been part of the buy-in.

Nearly 9,000 people take part in the Medicaid buy-in for working adults with disabilities, but Winkler said that probably only a few dozen Coloradans would need the age limit extended beyond 65.

Winkler and Wolff believe it could save the State money in the long term, and CCDC is working on drafting legislation at the state level and finding a lawmaker to sponsor it.

"Something needs to change," said Wolff, who is about to turn 63 and just hopes the change happens in time for him. "I might have to go in a nursing home and that would be worse case scenario and I really don't want that to happen."