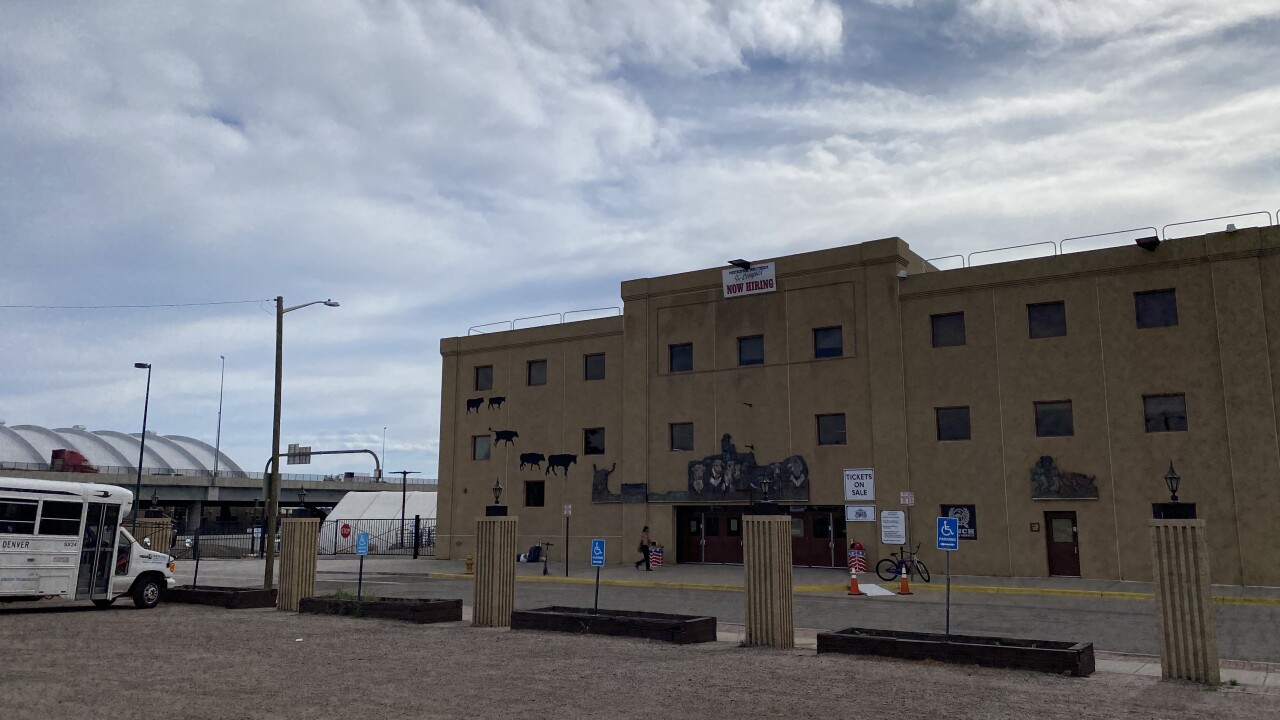 DENVER — The contract between the city of Denver and the National Western Stock Show to host an emergency COVID-19 shelter is set to expire on August 15. The CEO of National Western confirmed the dates stating that the complex has been granted a variance by the state of Colorado to begin hosting equestrian competitions once again.

"Our complex is an entertainment complex and we did receive some variances to start our horse competitions. So they will start here at the end of July," said Paul Andrews, the CEO of the National Western Stock Show and Complex. "That contract was set to expire on July 15. We have extended it to August 15 at the request of the city."

The city acknowledged the expiration of the contract saying in a statement saying they are "working to ensure continued availability of sheltering options, with adequate physical distancing, throughout the pandemic."

Spokespersons for the city say they will be able to do this as they "reconfigure space within existing shelters, our auxiliary shelters, and hotel/motel rooms in order the meet the needs of people experiencing homelessness."

However, as the COVID-19 pandemic continues, and a second spike is possible, organizers with the Denver Rescue Mission worry there will not be enough space to house the roughly 700 people who have been housed in the emergency shelter.

"We are going to need more shelter space. At least in the interim," explained Brad Meuli, the CEO of the Denver Rescue Mission who is operating over 750 beds for homeless men at the shelter. "So we are very concerned about them. And it is a concern when National Western shuts [the shelter] down."

In March, the city opened the complex as an emergency shelter to inhibit the spread of coronavirus among the homeless populations. Traditional shelters offer little social distancing space, many operating at half capacity or less.

"It has has been great that we have been able to socially distance and put the 60 square feet around every person," said Meuli about National Western. When it comes to future prospects "we are going to need more shelter space."

Adding to the dilemma, says Meuli, the economic hardship of the past several months has likely brought new people onto the streets.

"We found over 500 people that came to stay with us in National Western that we had never seen in our system before," he said. "It is not an invisible crisis, it is a very real crisis."