The heat is on: 60 Denver schools lack air conditioning as city heats up to 98 degrees 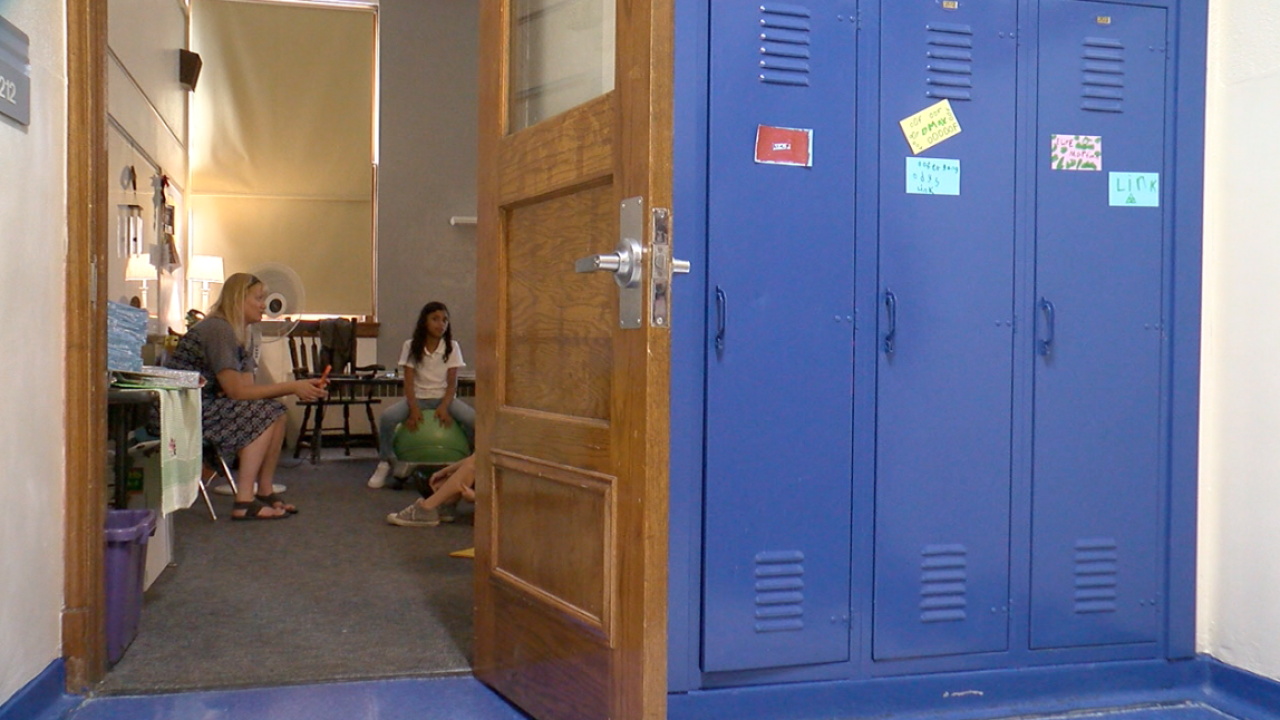 Students at 60 DPS schools return to hot classrooms with record-high heat and no air-conditioning. 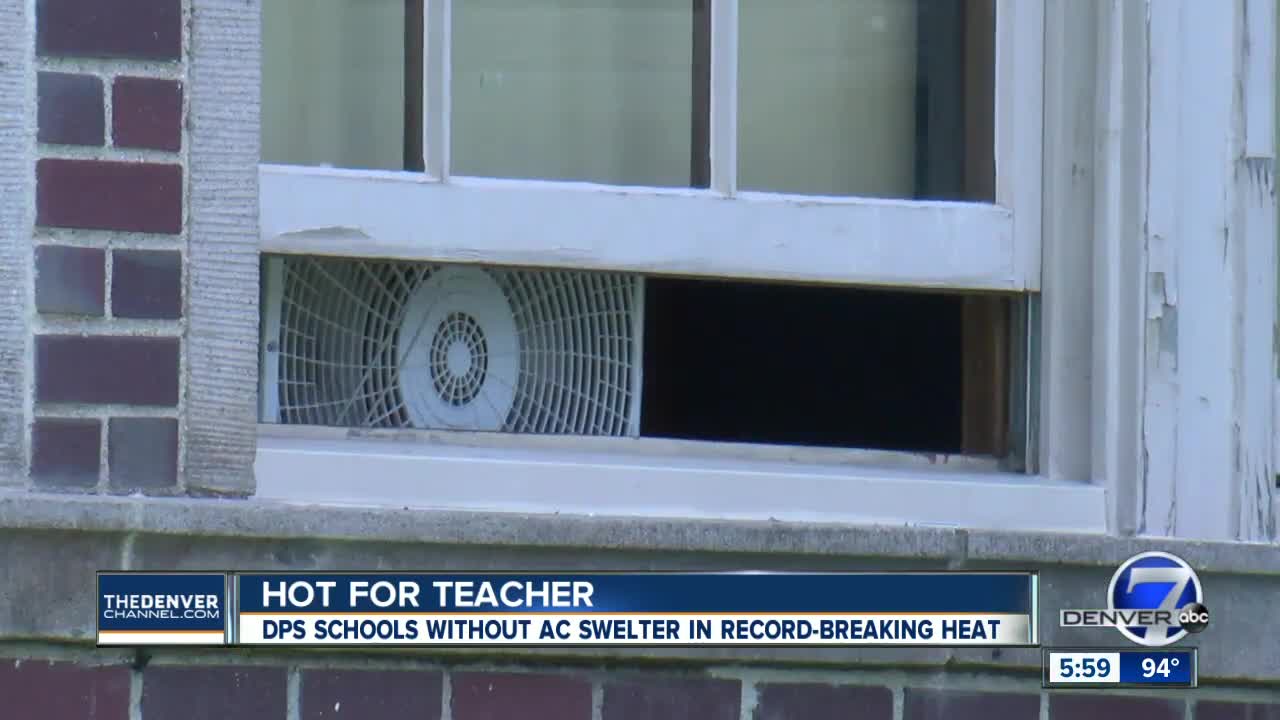 DENVER — Monday was the first day back at school for more than 92,000 Denver Public School students. Monday was also a scorcher, with the mercury reaching nearly 100 degrees — but 60 DPS school buildings were not equipped to handle the record-breaking heat because they lack air conditioning.

Stedman Elementary School In northeast Denver is one of the schools without air conditioning. Teachers try to come up with efficient ways to keep the temperatures in classrooms down.

The blinds stay closed during the day, and the lights are off in the classrooms. One teacher brought in a portable air conditioning unit her family had. Another teacher bought insulation from Home Depot to install over the windows.

The teachers open their windows in the morning and close them during the day. Fans are running in the corners as well.

“My largest concern with the heat is health-related. I want to make sure my students stay hydrated,” Atkins said.

A temperature gauge showed some of the classrooms’ temperatures around 95 degrees.

The heat and loud fans can be distracting for the students. Some teachers are using this as one of their first lessons of the year.

Second-grade teacher Deborah Fard spent part of the first day of class talking about climate change and letting her students problem-solve to come up with ideas for how to keep the room cool.

“We’re talking about climate change -- how do we keep the room cool? Do we need to have fans in a different direction angle? Those are some of the things we are doing,” Fard said.

The students are even coming up with their own room-cooling experiments.

Some of the ideas include putting a cup of ice in front of the fans to see if it makes a difference. The class is checking the temperature during different times to see how hot things get.

Fard wouldn’t be opposed to going back to the days when the first day of school happened after Labor Day to solve some of the heat-related issues but also from a planning perspective.

“I’m not sure why we changed that. But from many perspectives, for teachers to get into their classrooms to really set up and plan for students, coming to school after Labor Day is a great idea,” she said.

DPS changed the school schedule to begin before Labor Day several years ago and the deputy superintendent of operations for the district, Mark Ferrandino, says part of the reason they keep it that way has to do with other districts around the state.

Because so many other districts start school earlier, many summer camps and other services that parents rely on for childcare end for the summer early.

“The later we do our start, the more impact that has on families,” Ferrandino said.

Moving back the start date also delays the end date for schools, meaning the district could end up running into the same heat-related issues toward the end of the school year instead.

The district has been in the process of upgrading many of its older campuses thanks to the 2012 and 2016 bonds. The 2016 bond allowed the district to be able to add either air conditioning or other heat mitigation to about 70 schools.

DPS is now considering whether it wants to ask voters for another bond in 2020 to cover the expenses to update the 60 remaining schools. However, those updates wouldn’t come cheap; initial estimates put the cost at closer to $200 million or around $3-4 million per school.

“Without the adequate resources, you’re not going to be able to alleviate the heat,” Atkins said.

Even with that money, not all of the schools can accommodate a central air-conditioning unit due to their design or the electrical configuration of the building. Instead, some would get classroom air conditioners or other heat mitigation methods.

Beyond that, the air conditioners would realistically only be used for a short part of the school year.

“You’re talking about maybe a total of a month within the school year. How much do we invest?” Ferrandino said. “At the same time, we know climate change is real, and we are getting warmer and warmer. So, it’s likely that the length of that heat is going to extend and so that’s why we have continued to make investments.”

The district is still weighing its options. For now, it’s up to the individual schools and teachers to find a way to keep classrooms cool during hot days as summer winds down.