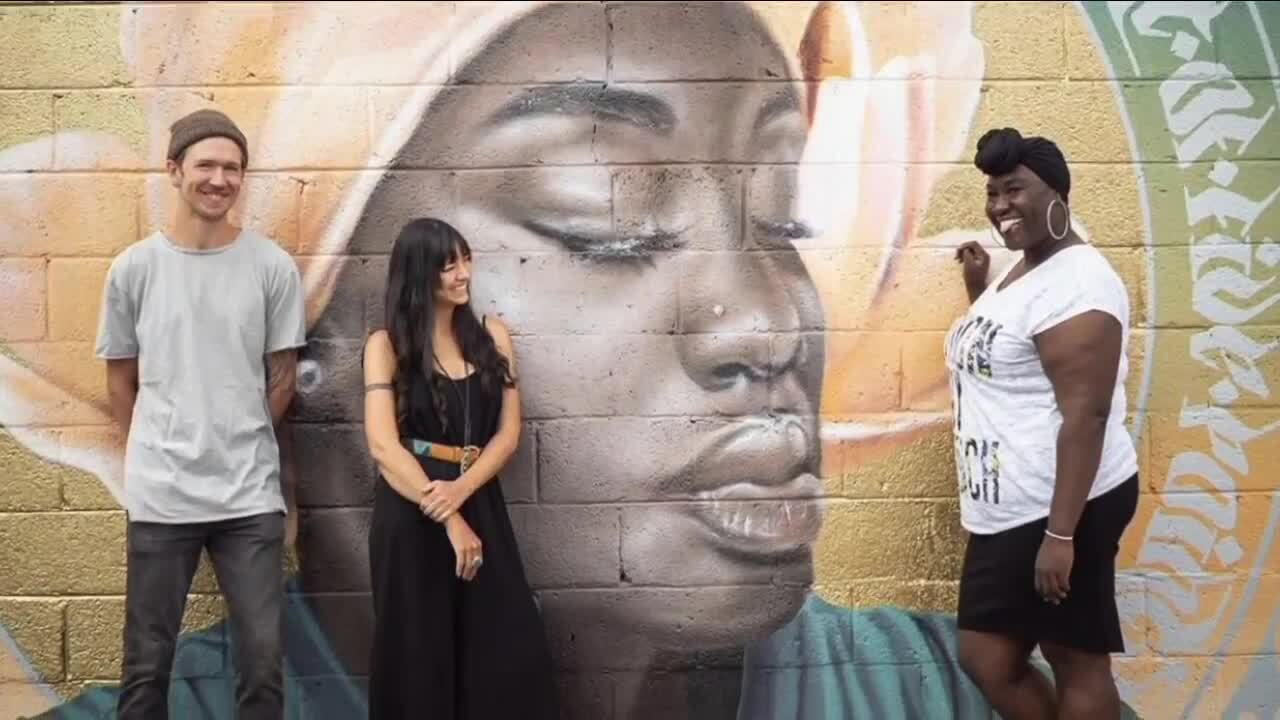 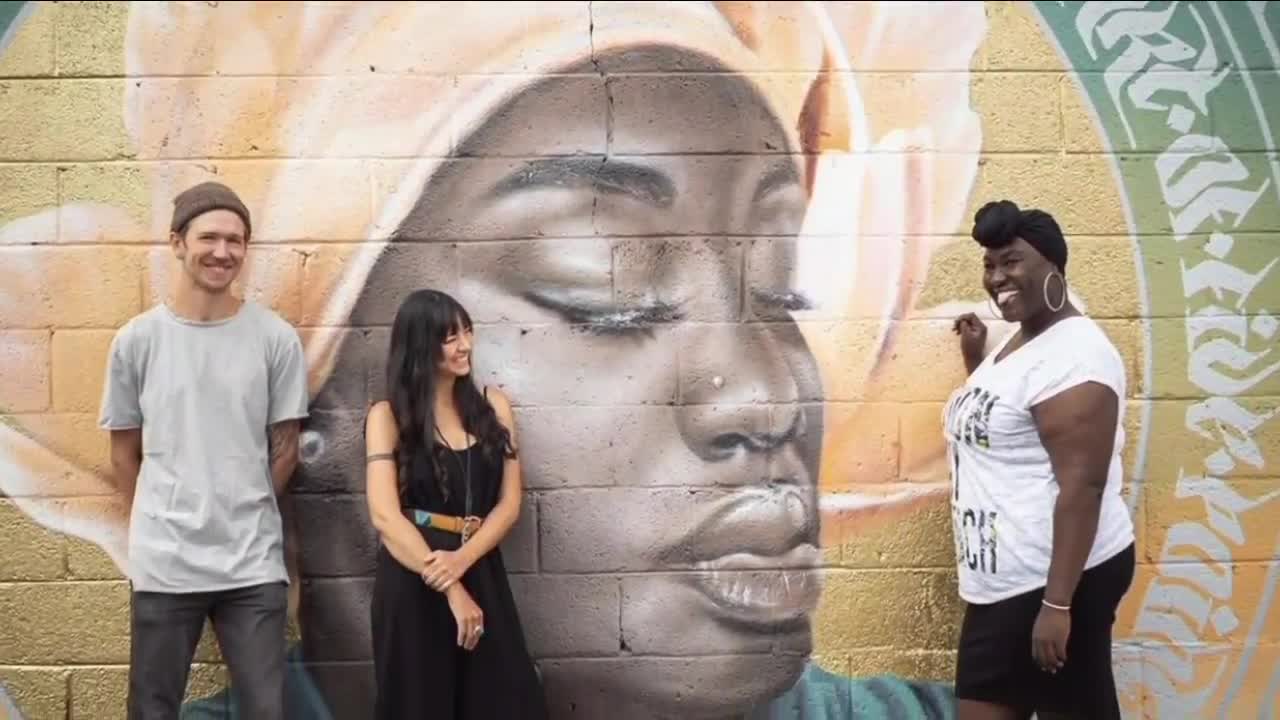 DENVER — Walking through the streets of Denver, you will see murals of all different shapes, sizes and colors.

The artists who create these colorful masterpieces use the places and people who add flavor to the city as their template.

Tucked away on a wall in a parking lot along Walnut Street in Denver’s RiNo District, you will find a mural of Fathima Dickerson.

As you will find out, the mural appropriately describes Dickerson as the Heart of Five Points.

Located on Walnut Street between 27th Street and 28th Street, the mural was created during the CRUSH Walls 2020 Art Festival.

It depicts an angelic Black woman, eyes closed, lips full, basking in the warm colors of sunshine around her.

The words “Food for the Soul” and “Heart of Five Points” surround the woman on the mural.

Artists Jodie Herrera and Miles Toland grew up together in New Mexico. But they hadn't worked alongside one another until this opportunity arose.

“We’ve got a similar visual vocabulary, so we’ve been wanting to work together for a while now and just thought this would a good opportunity,” Toland said.

Herrera’s artistic style looks for women of color who have overcome obstacles in their life.

“I just want to celebrate them and show their resilience and the beautiful transition they’ve made in their life,” Herrera said.

The pair wanted to highlight a prominent figure in Denver’s Five Points neighborhood for this project. After reaching out to a local community member, the decision was easy — Fathima Dickerson.

“One thing that we really just admire and we've taken from the whole experience and that she's taught us, is just to never underestimate people and to just show love to everybody because they deserve that. Or at least kindness,” Herrera saidsaid.

Dickerson is the general manager of Welton Street Café in Denver.

As the face of the business for the past 10 years, Dickerson welcomes everyone in with open arms.

Welton Street Café is a staple in the Five Points community of Denver.

In a time when Dickerson and so many in the community fight for social justice, the café serves as a spot to have the tough conversation.

“We need to come together as a collective, as a community, so we can have respect for not just Black women, Black men alike,” Dickerson said. “Making sure that we have spaces that welcome brave conversation where we're vulnerable, we can be human and not superhuman.”

Dickerson said it's important for her community to see a Black woman depicted on a mural within the city.

And that is especially important for young Black girls to have a role model, she said.

“For young Black girls to see me highlighted, especially for our community, it demonstrates consistency and dedication," she said.

Welton Street Café is located at 2736 Welton St. in Denver.

Just be prepared to feel the love right when you walk in the door.