The bears are awake, Colorado: 7 things to know and how to stay safe 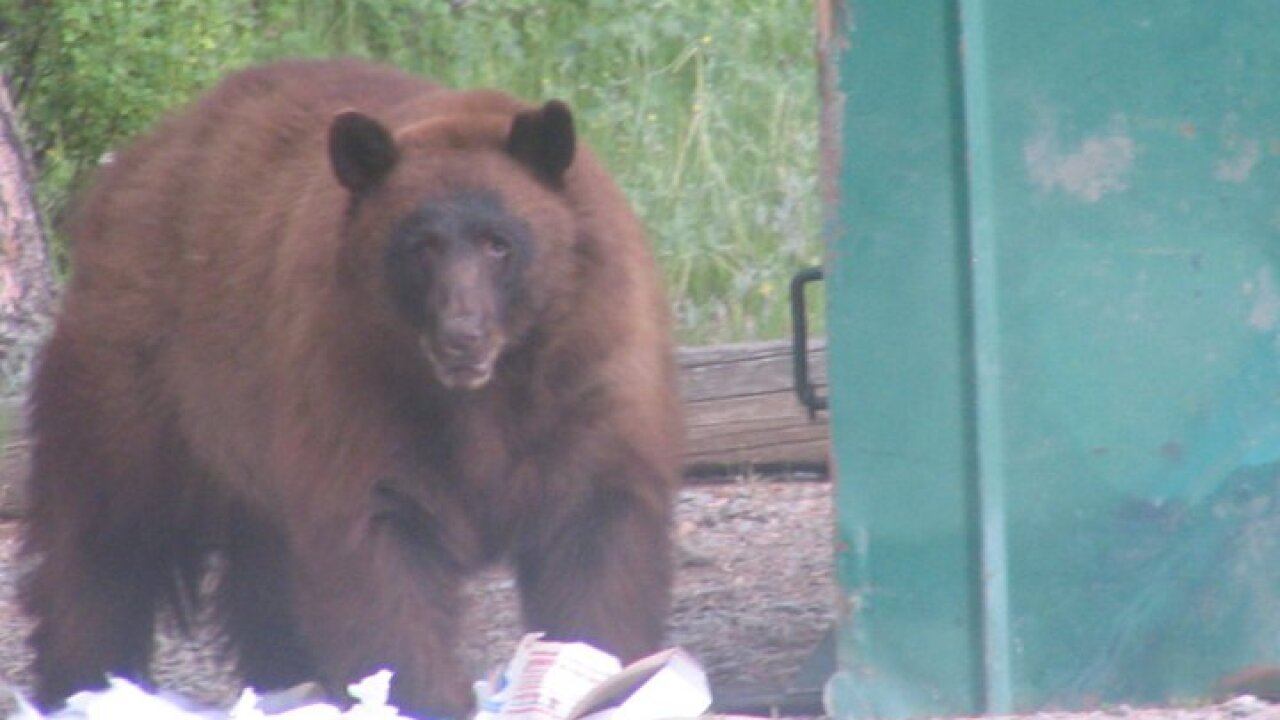 Courtesy of Raul Arellano
A black bear spotted near Estes Park, Colo., over the weekend.

An Estes Park resident was met by an unexpected visitor Saturday morning: A black bear had broken into her car, got trapped for seven hours and destroyed nearly everything inside.

Fortunately, a neighbor helped the bear escape, and no one was hurt. But the break-in served as a reminder – the bears are awake, and Coloradans and visitors should stay aware of their omnivorous cohabitants over the summer and into the fall.

Here's why you shouldn't leave your car unlocked in areas where bears tend to roam!

Here are seven things to know about bears in Colorado – and how to stay safe, according to the Colorado Parks and Wildlife department.

1. What kind of bears are in Colorado?

Black bears are the only bears found in Colorado. Grizzly bears are usually larger and live further north. As for the black bears, that's just the name of the species, not the color. Many black bears in Colorado are blonde, cinnamon or brown.

2. How many bears are in Colorado?

17,000 to 20,000 bears, according to an estimate from the CPW in 2016. That was up from estimates of 12,000 bears in prior years. Bears can be both solitary and elusive, making it difficult to pinpoint population numbers. In Colorado, state officials extrapolate information about bear populations in small areas to larger areas.

3. Where are they in Colorado?

A safe bet: Anywhere west of Interstate 25. That includes most of the campsites and parks along the Front Range and further west, into the mountains. If bears are east of I-25, they'll likely be found in the Black Forest and Palmer Divide, near Colorado Springs; the Raton Mesa; the Mesa de Maya and the Purgatoire River canyon.

4. When are bears active?

Black bears are typically active from about mid-March until November, when they return to hibernation. When bears are active, they're eating, consuming about 20,000 calories a day to gain enough fat to survive the winter.

5. How to avoid human/bear encounters

If you see a black bear, it's likely over one reason: Food. A bear can smell food from five miles away, according to the CPW, and once they find food at one source, they'll remember that source for the next time.

The best ways to avoid bears include stashing trash in bear-proof containers, storing food in air-tight containers or in your trunk and keeping a clean tent and campsite. Also: Lock your vehicle, as the break-in in Estes Park showed.

6. What should you do if you see a bear?

If you do happen upon a bear – or it happens upon you – just remember: Stay calm. Bears aren't naturally aggressive, and are often wary of people, according to CPW, with their normal response being to run away from potential danger. The city of Boulder offers these tips on what to do if you encounter a bear:

• Never run. Running can make a bear chase you.
• Keep your distance. Back slowly away, facing the bear. Avoid direct eye contact.
• Slowly and calmly leave the area. Talk aloud so the bear will become aware of you.
• Be extra careful around a female with cubs. Never approach a cub.
• Never throw food to distract a bear.

7. Fatal attacks are rare, but possible

At least five people have been killed by bears in Colorado since 1934. The most recent death came in 2009, when Donna Munson, 74, was killed after trying to help a smaller bear that had been hurt in a fight.