The annual Martin Luther King Jr. Marade is Monday: Here’s what you need to know 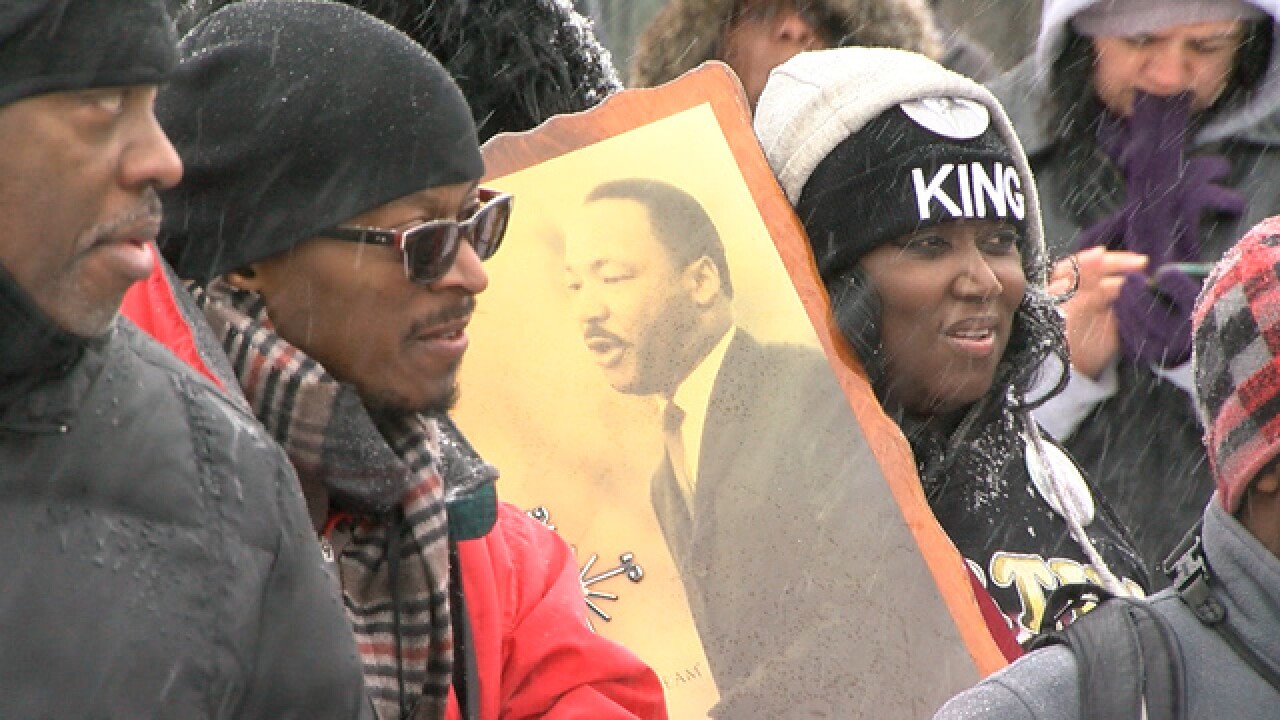 The marade (a march and parade) is organized by the Dr. Martin Luther King Jr. Colorado Holiday Commission, and is one of Denver’s longest-held traditions – the only one of its kind across the nation, according to organizers.

Here’s everything you need to know if you plan on attending.

The theme of this year’s MLK Day Marade is “A Day On Not a Day Off: Renewed Dedication to Humanity.”

The program will start at 9:30 a.m. at City Park with a laying of the wreath one hour later.

2. The route will be the same as in years prior

Marade goers will then make the 5K trek from the I Have a Dream Memorial to the Greek Theater at Civic Center Park in downtown Denver.

The marade starts once attendees march south along the City Park Esplanade, turning right once they reach Colfax.

The marade will then advance west all along E. Colfax Ave. until it reaches Civic Center Park for the final ceremony, which is expected to start as soon as everyone is in place at about 1 p.m.

Some RTD bus routes will be temporarily detoured during the Martin Luther King Jr. Marade, starting at approximately 10:30 a.m. and lasting until about 1:30 p.m., according to RTD officials.

3. Organizers will collect non-perishable food and other goods

Just like last year, organizers will collect old cell phones, non-perishable food, and children’s books. The phones will be refurbished and donated to battered woman shelters, senior centers, among others. They will also distribute winter clothes and food to those in need during the marade.