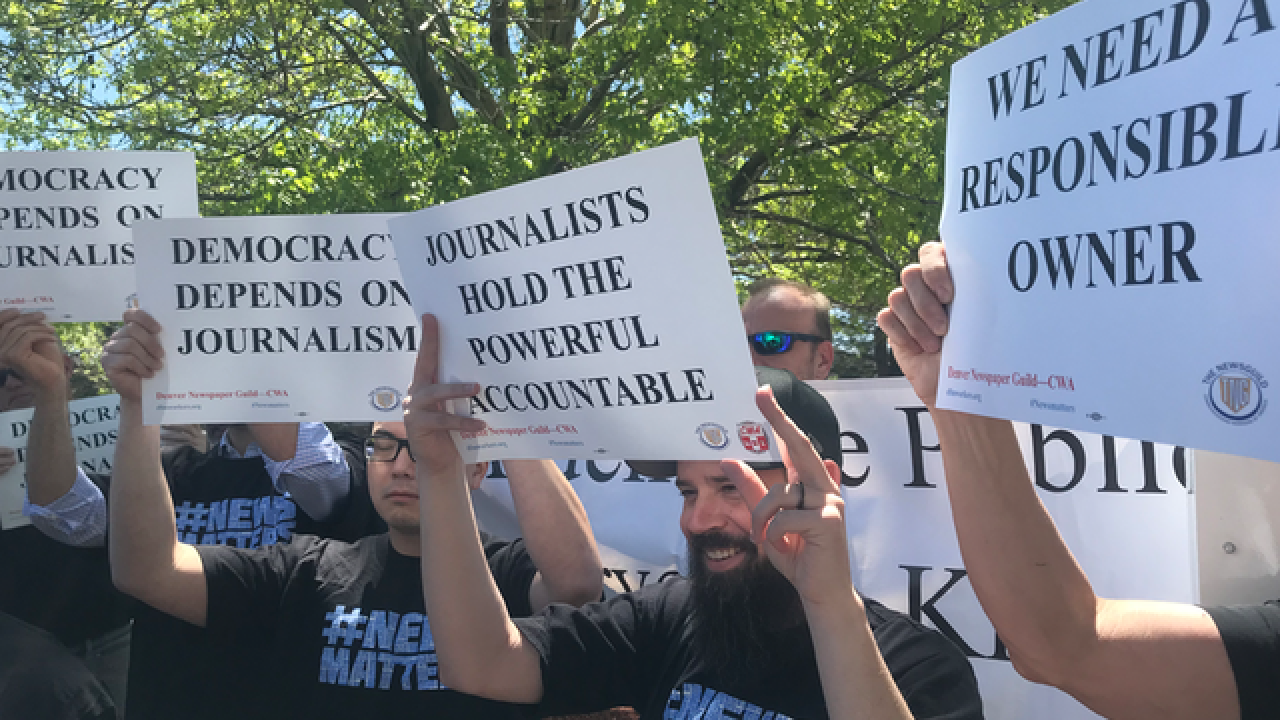 DENVER — Journalists and staff members from the Denver Post participated in protests to demonstrate their frustration with the newspaper’s corporate owner.

They say cost-cutting and editorial influence by New York-based Alden Capital is impacting their coverage and credibility.

"I've never done this before, but I feel like if there's one thing a journalist can fight for it's for journalism. That's our blood," said business and technology reporter Tamara Chuang.

"This is a really big deal to see journalists protesting against their owners because it brings to the center the issue of how business interests and public interests are sometimes in conflict with each other," said Lynn Schofield Clark, a journalism professor at the University of Denver.

The protests occurred at the Denver Post production facility in Denver and Alden Capital's headquarters in New York City.

Employees want the owners to either devote more resources to the publication or sell it to someone who will.

"Local journalism is way too important to be neglected as it has been over the past few years," said former editorial page editor Chuck Plunkett, who left the Denver Post recently. He departed after he says an editorial was blocked by the corporation. "Without local journalism, Thomas Jefferson said, the people that are  in power will turn into wolves and prey upon the rest of the people, rest of the populace."

"One of the moments that was most telling to me, was when the announcement of our 30 colleagues being laid off was made earlier this year and someone in the statehouse made a joke, 'Well, I guess we can do whatever we want now,'" said editor Dana Coffield.

Denver has seen loss before. The Rocky Mountain News closed up shop in 2009.

"I think we are at risk of being a city that has no daily paper, and I think that's an incredibly huge concern. It's something all of us need to respond to," said Clark.