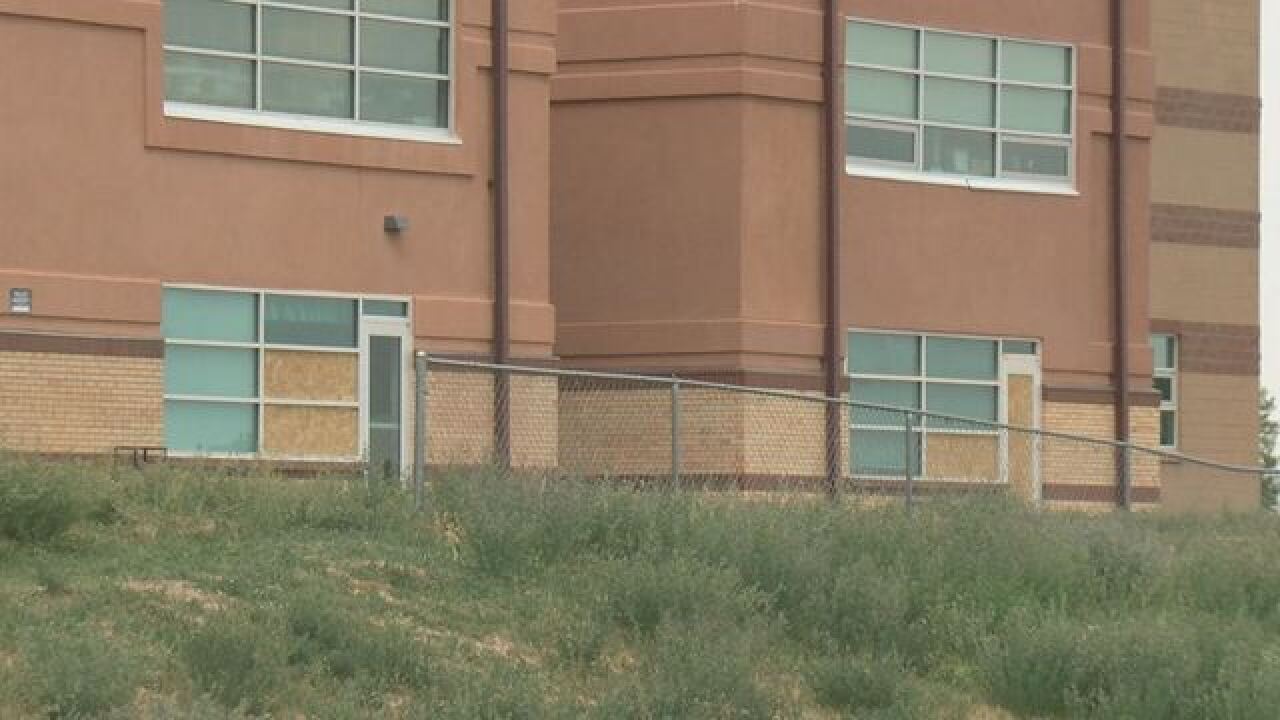 JEFFERSON COUNTY, Colo.-Investigators were looking for two teens who broke windows and shattered glass doors at the Montessori Peaks Academy.

People living near the Jeffco Public Schools charter school called authorities around 6 a.m. Saturday when they heard "heard glass breaking and a consistent banging noise," the Sheriff's Office said in a press release.

They dropped the pipes and ran when they saw the deputy.

Dogs were brought in to track the suspects, but they were not found.

Over 20 classroom windows and several glass doors were shattered resulting in more than $10,000 worth of damage.

School will start as planned on August 22, according to Diana Wilson, a spokesperson for Jeffco Public Schools.

The two suspects appeared to be between 13 to 15 years old.

One was wearing a black t-shirt, black pants, black prescription glasses and had black hair.

The other juvenile had a green t-shirt, blue pants and had blonde hair.