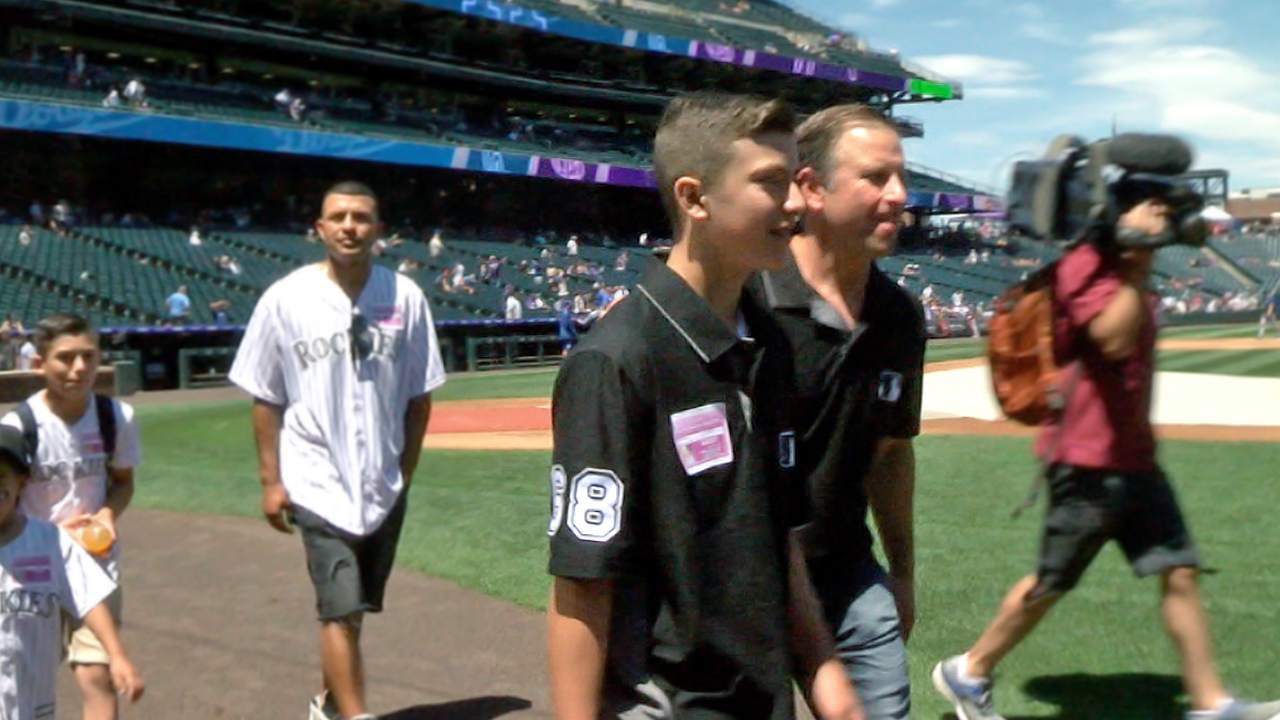 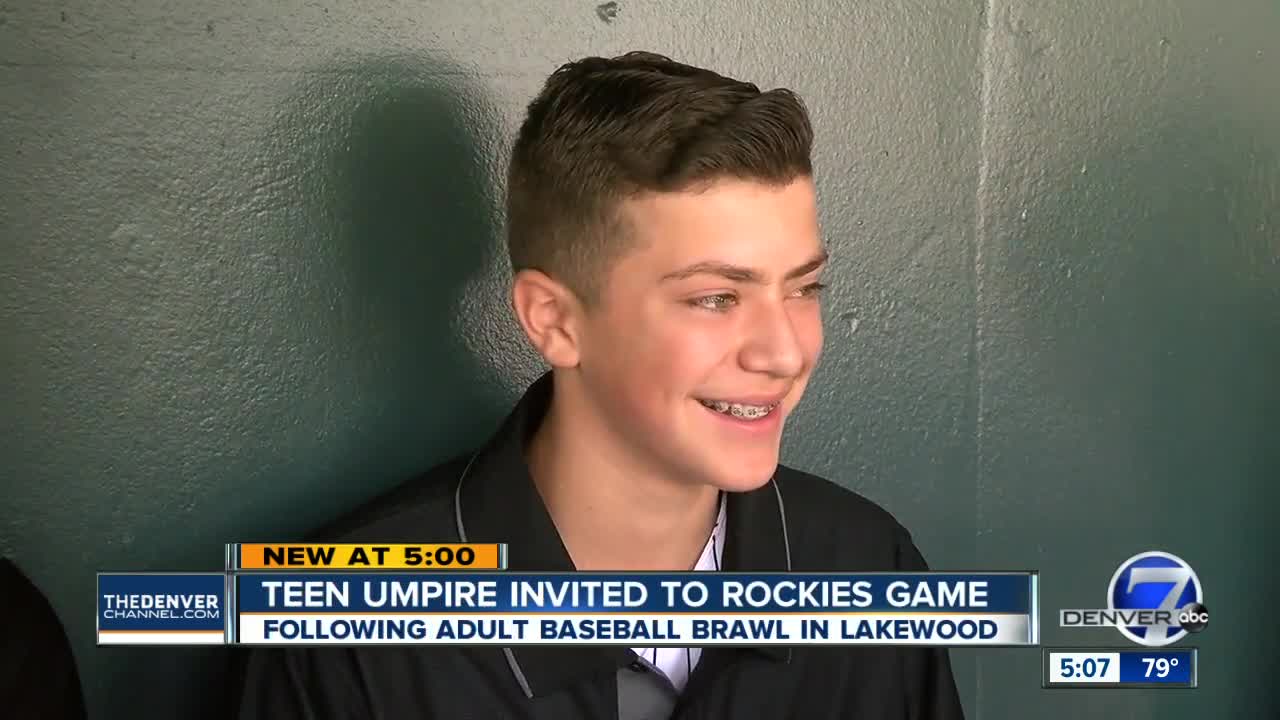 DENVER — The video showing a brawl at a youth baseball game at West Gate Park on June 15 is something 13-year-old umpire Josh Cordova will likely never forget.

"It was scary — not just for me but the 7-year-olds there," Cordova said.

But hopefully, he won't forget Sunday either.

Josh and his family were invited to Coors Field by Chris Guccione, a Major League umpire and Colorado native.

"I thought it was a perfect opportunity to reach out to him and not just to him, but his family and just say, 'hey I'm proud of you! I'm rooting for you, and what you did is the right thing," Guccione said.

The incident brought more attention than anyone could've imagined.

"It was very difficult as a father, a dad, and a coach, watching my son be a part of that," his father, Josh Cordova Sr., said.

It's the way Josh handled himself before and after that is what makes those around him smile.

"I'm so proud of Josh for the way he handled it, super proud of him," his father said.

"I'm very grateful for all the support, Josh said. "A lot of people emailed me during that time, and a few parents did. I'm very appreciative for everyone who did reach out to me."

Turning a scary situation into a positive can be tough, but it's what the Cordova family and Guccione are trying to do through their mutual love of baseball.

As part of his visit, Josh went out for opening lineups, he got a new chest protector and asked Guccione a couple of questions in the morning umpire meeting.

Josh said he plans to keep umpiring games and even get back to the Major League diamond like the new friend who brought him Sunday.

"It means so much," Josh said. "I'm so appreciative of what he's done. It's surreal."