Teen on bicycle hurt in collision with semi in Berthoud 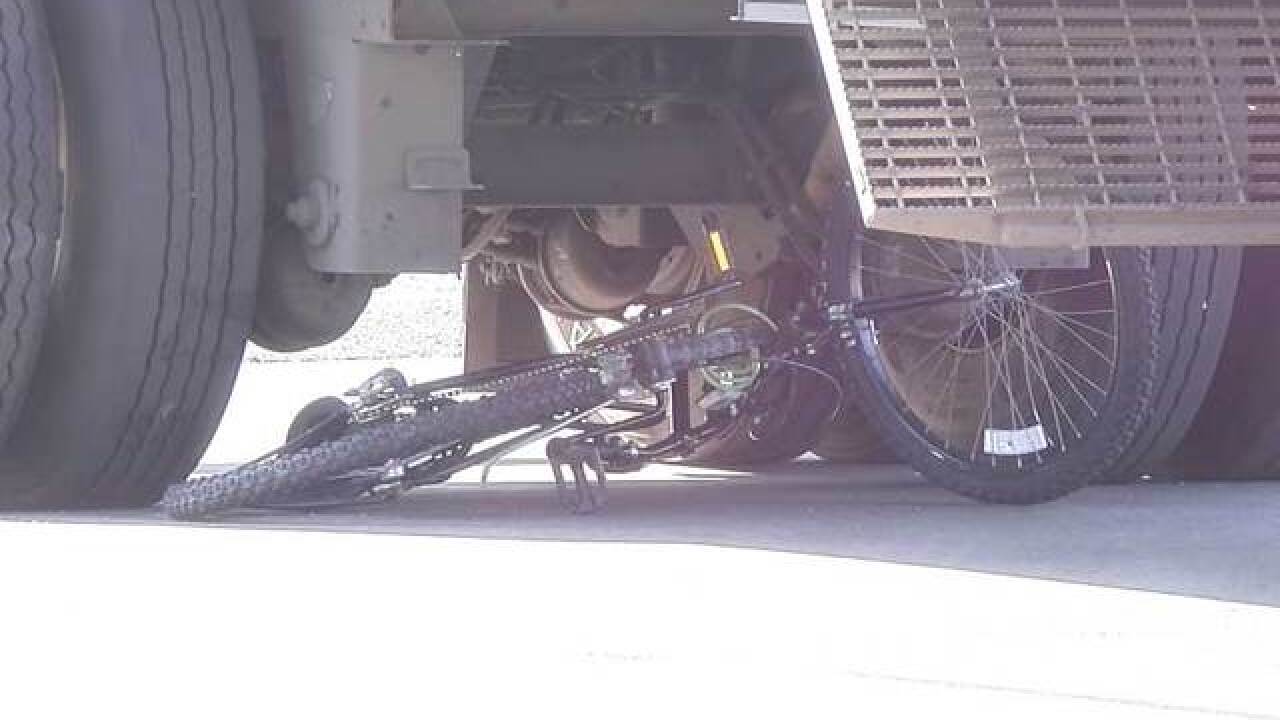 BERTHOUD, Colo. -- A teenager was taken to the hospital with serious injuries after a collision with a semi truck.

The collision happened around 7:13 a.m. Tuesday near the Hays Market in Berthoud. That's on Mountain Avenue, near 10th Street.

Authorities said the truck driver was coming out of the grocery store parking when the truck and the bicycle collided.

The teen may have been in the wrong lane, investigators said.

A photographer on the scene said the teenager's bicycle was caught beneath the wheels of the truck.