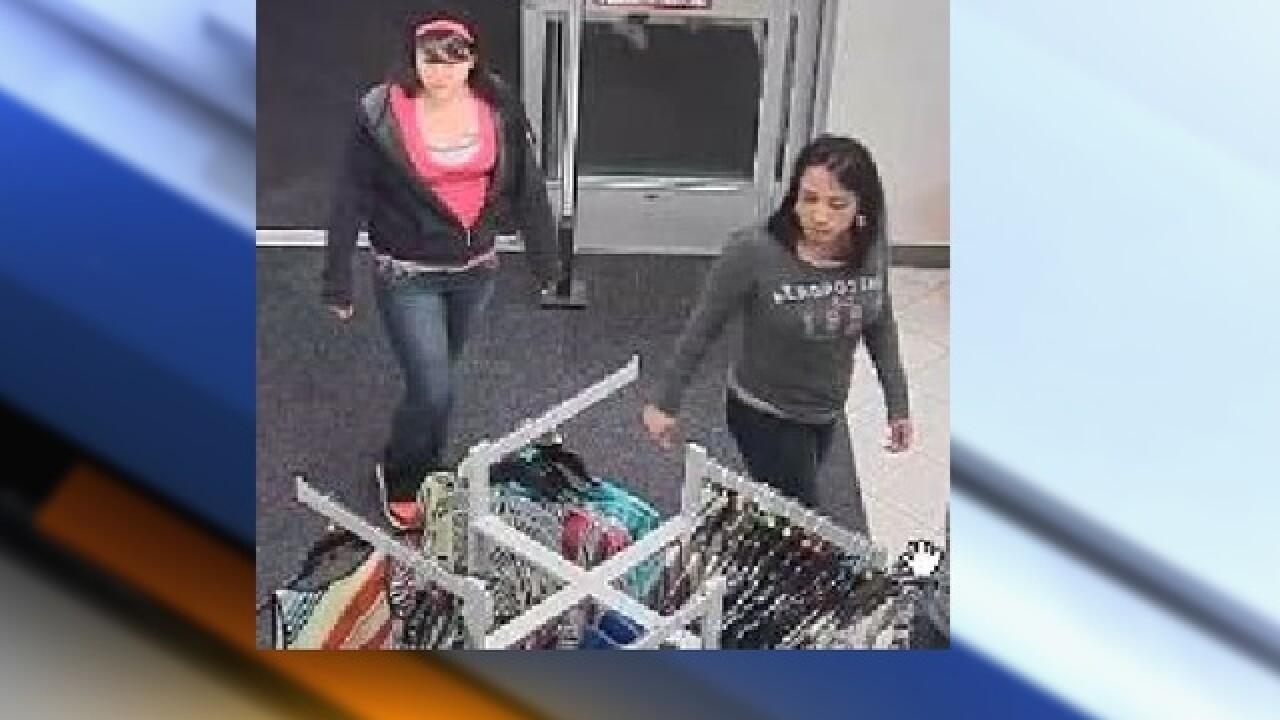 The Jefferson County Sheriff's Office was looking for two women who fled a Burlington Coat Factory with armloads of clothing.

A loss prevention officer was able to grab some of the clothes as the woman ran to a black minivan.

At the same time, a family pulled into the parking lot and saw what was happening.

"The mother told her 19-year-old daughter, Byanka, to 'Get them!'" according to a release from the sheriff's office.

The teen managed to jump into the suspect's van after the women.

"The van took off with the side door still wide open, and without the suspects realizing they had company," said the sheriff's office.

The suspects hit a parked car and a cashier as they sped away from the store.

The cashier had run out to help the loss prevention officer. She was knocked to the ground and suffered minor injuries.

"About 100 yards from the store entrance, Byanka yelled at the suspects, who were startled. They stopped the van and yelled at her to get out which she did. She suffered no injuries,"  said the sheriff's office.

The stolen minivan was found ditched a few miles away.

If you recognize the suspects or have information regarding this case, call the JCSO tip line at 303-271-5612.