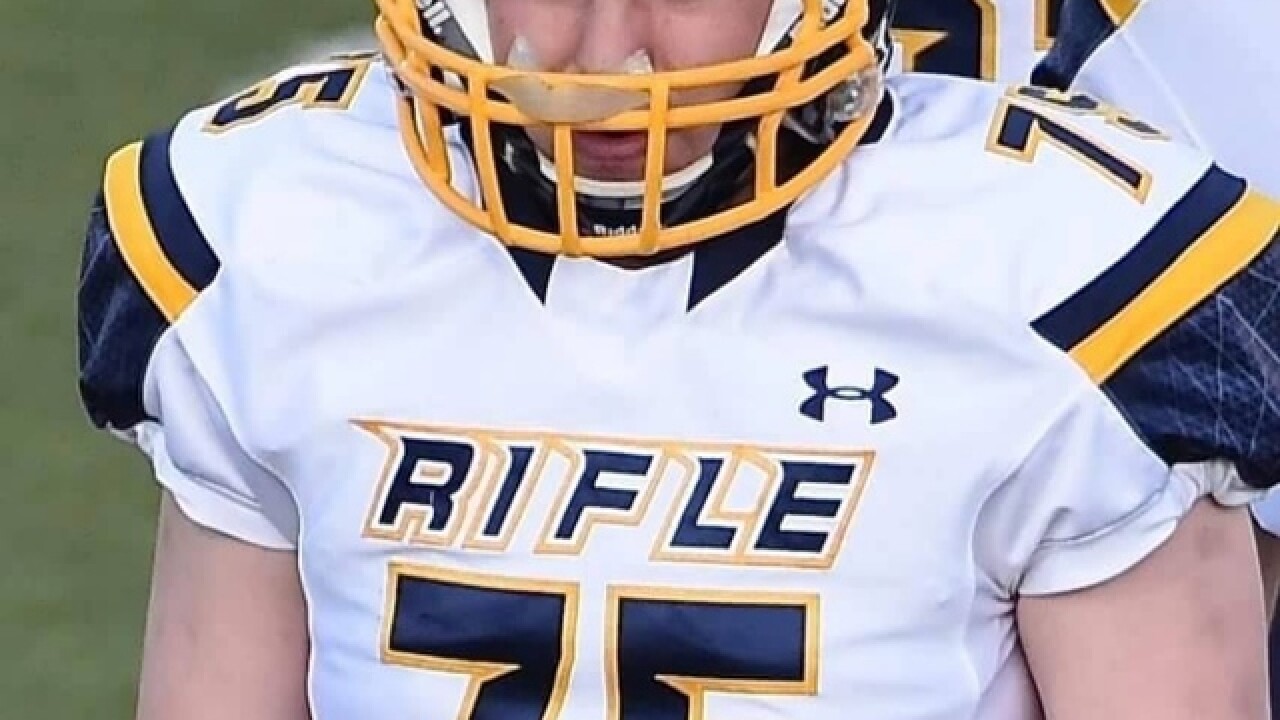 A Colorado teen died after "car surfing" in a Walmart parking lot in Rifle.

Kyle R. Scholla, 18, had been riding on the hood of a moving vehicle, police said.

Scholla was airlifted to St. Mary's hospital in Grand Junction after the accident but died from his injuries April 9, according to the Garfield County coroner.

At the time of the accident, the driver - who is a juvenile - was cited for careless driving resulting in injury. District Attorney Sherry Caloia told the Aspen Times the ticket was dismissed because the charge was no longer valid and that her office was still considering what, if any, charges would be filed.

"[The] Rifle Police Department will be working with all of the parties involved, as well as the District Attorney’s office, to determine what the proper role of Law Enforcement should be in this incident," officials said.

Investigators said there was no evidence of drug or alcohol use.

Police have not released the name of the driver because the case is still under investigation and he is a juvenile.

"We the Scholla family would like to thank everybody for the heart felt support and love for Kyle Scholla. Although his body passed away, his big smile and spirit lives on forever. As a parent it's wonderful to watch your child grow and become a good person. So, go hug and tell your children\family\friends you love them everyday. For you never know how long the journey of life will be."