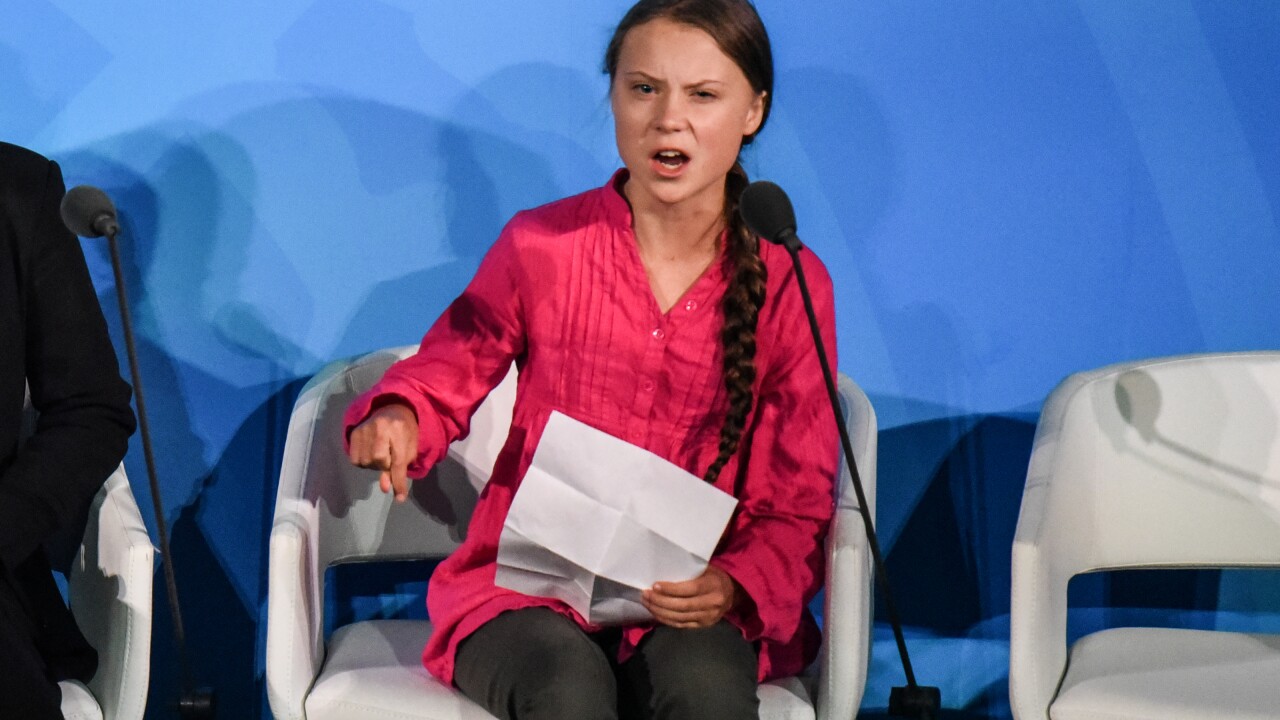 Stephanie Keith/Getty Images
NEW YORK, NY - SEPTEMBER 23: Youth activist Greta Thunberg speaks at the Climate Action Summit at the United Nations on September 23, 2019 in New York City. While the United States will not be participating, China and about 70 other countries are expected to make announcements concerning climate change. The summit at the U.N. comes after a worldwide Youth Climate Strike on Friday, which saw millions of young people around the world demanding action to address the climate crisis. (Photo by Stephanie Keith/Getty Images)

DENVER — A 16-year-old environmental activist from Sweden will be in Denver Friday.

The rally will be begin Friday at noon at Civic Center Park’s Greek Amphitheater.

Thunberg traveled to the United States in August on a sailboat to promote her climate change campaign. She garnered international attention when she scolded world leaders at the United Nations.

"How dare you?" she kept saying to some of the world's most powerful people, accusing them of ignoring the science behind climate change. "You are failing us."