Tarantulas are out and about in southeastern Colorado for yearly 'migration' 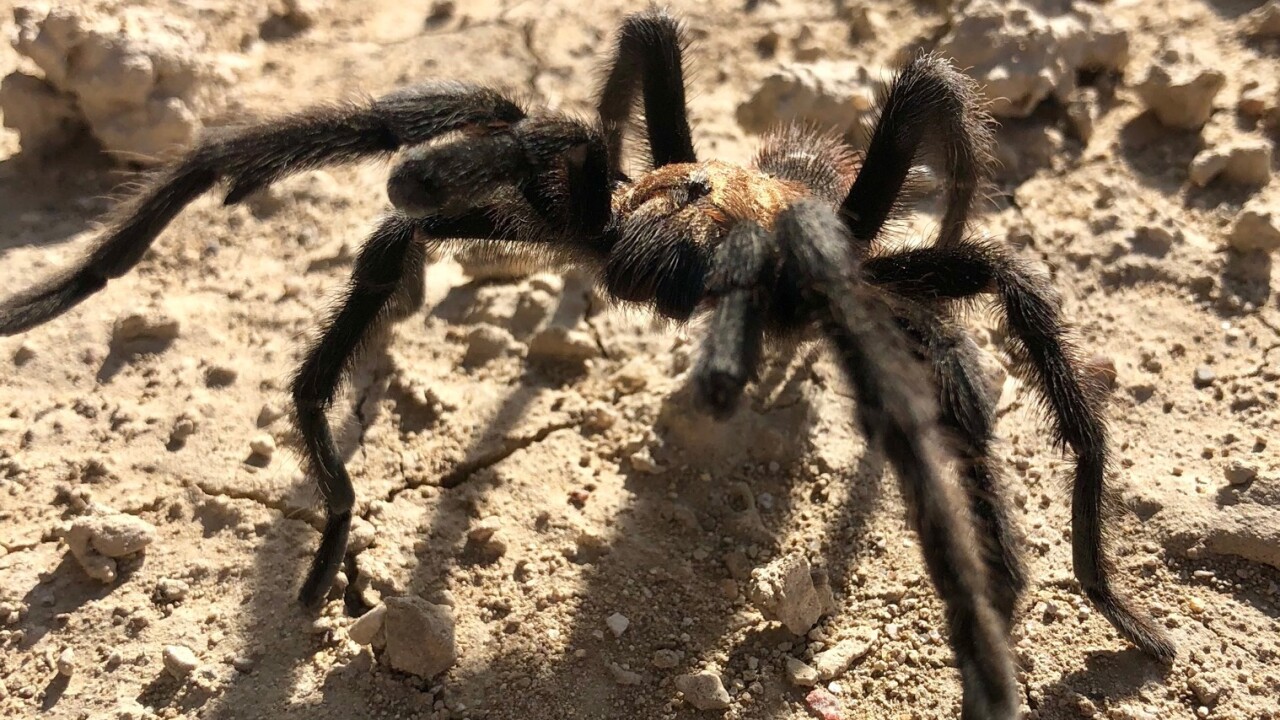 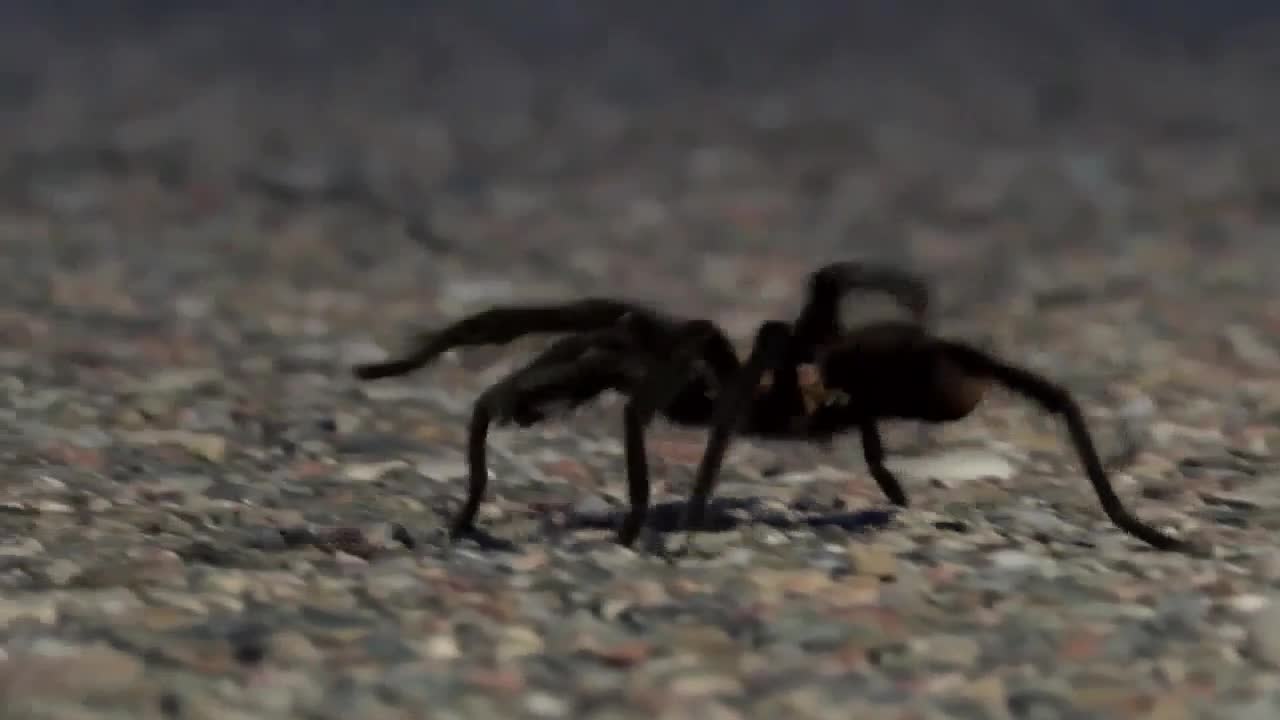 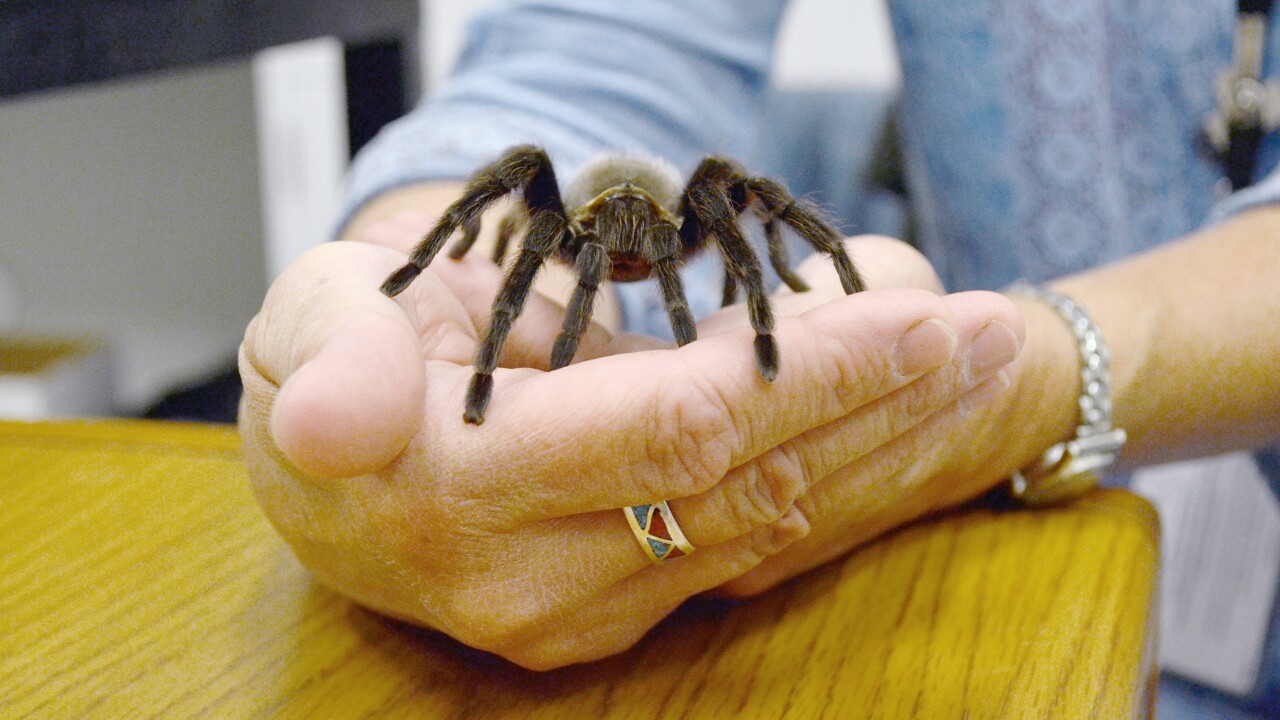 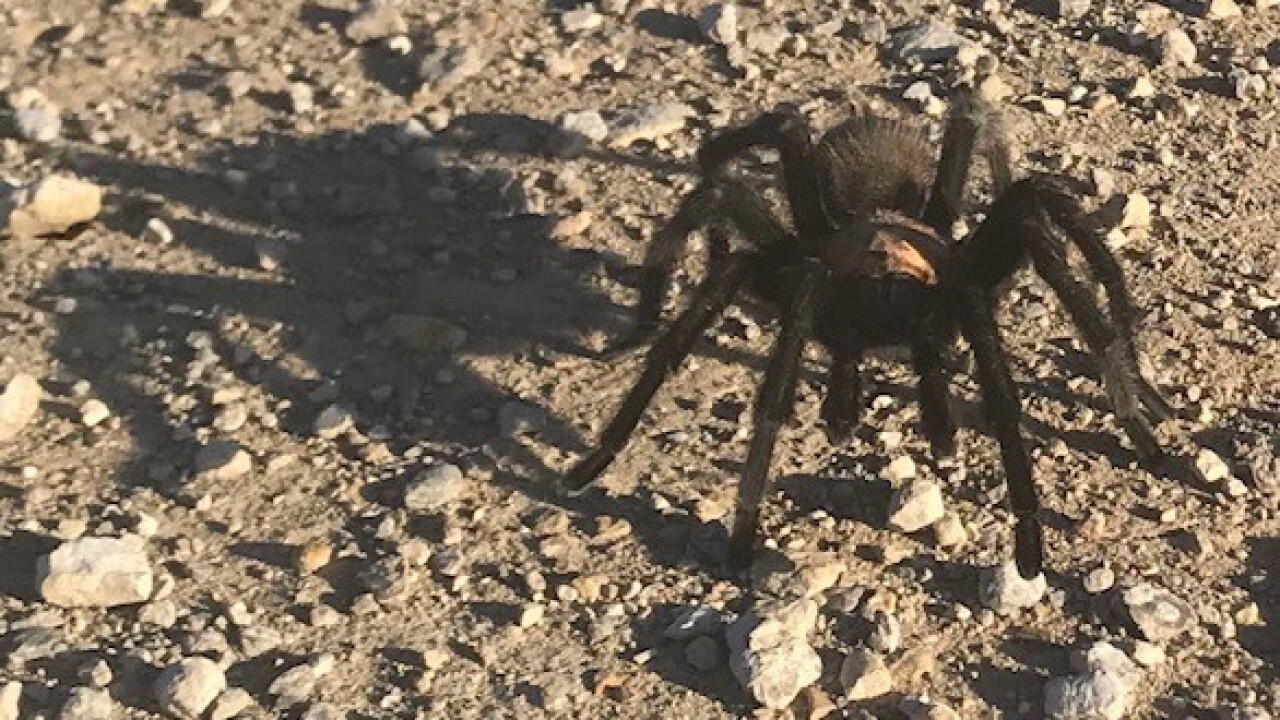 Love is in the air for Colorado's tarantulas and the critters are on the move in southeastern Colorado in what is known as the state's tarantula "migration."

Male tarantulas in the southeastern part of the state are starting to regularly leave the safety of their burrows to search for females, who stay hidden in their own holes.

It's often mistaken as a migration because the nocturnal animals are more visible than normal and appear to be walking with a destination in mind, said Mario Padilla, a lead entomologist at the Butterfly Pavilion in Westminster. Denver7 talked with him in 2019, where he explained this yearly event.

“People see them out walking around, so they’re like, ‘Where are they going? They must be migrating,’” Padilla said. “They’re not truly migrating. And it’s only the males that walk around. You don’t see the females at all.”

The mating season typically starts once temperatures begin to cool down at night. The tarantulas are already being spotted in places like La Junta. These frequent spottings will likely continue through early October or whenever hard freezes begin, he said.

Colleen Oquist, an information assistant with Comanche National Grassland, said September's early snow didn't seem to effect the tarantulas at all. The cold didn't freeze the ground too deep and the critters kept warm in their burrows.

She said she went out on Saturday evening and counted 42.

This "migration" has happened for countless years across the southeast part of the state, but when Denver7 published a story in 2018 on it, many readers said they had never heard of it before. Padilla said this isn’t surprising — it’s a relatively little-known event.

But it's gaining attention.

Tarantulas out by the thousands in southeast Colorado for mating season

Want to see the 'migration' for yourself?

More people are starting to explore the southeast to see the event for themselves. If you're interested, there's a few things you should know.

First — where to go? One of the best places to see the tarantulas is the Comanche National Grassland near La Junta and Springfield. The scrubby grassland, which is at a lower altitude compared to the Front Range, contains more than 400,000 acres for recreating, according to Michelle Stevens, recreation program manager for the grassland. She spoke with Denver in 2019.

She recommends driving on Highway 350 between La Junta and Trinidad, or Highway 109 between La Junta and the town of Kim to see them. But you can also stop in a local restaurant and ask residents where they’ve seen them, she said. It's best to go out around sunset and stay late into the evening.

She warned visitors to keep an eye on where public lands become private since land ownership is fragmented in these areas.

And what happens when you spot one?

Well, know that they are much more terrified of you than you are of them, Padilla said. Despite common misconceptions, they’re not aggressive animals and won’t jump or attack a person. In fact, their first option in the face of danger is to flee.

Like any wild animal, that doesn't mean it's OK to try to touch or catch one.

It takes a lot of stress for a spider to bite a person, but it will happen under certain circumstances, Padilla said. If you find yourself in this unfortunate position, you can find a little piece of mind knowing that tarantula venom is not potent.

“They’re an amazing part of our state and such a valuable, interesting part of the ecosystems where we live,” he said. “We should leave them alone. Not because we want to discourage people from being interested in them, but we want to encourage people to give them their space and respect their lives, just like anything else.”

If you can’t make it to the southeast region to check it out in person, you can see these native tarantulas — and other spider species from around the world — at the Butterfly Pavilion in Westminster.

If you go out searching for the "migration," be sure to share your photos in the Our Colorado | Through Your Photos Facebook group.

All of the tarantulas that call Colorado home fall under the genus Aphonopelma, Padilla said.

They’re usually a “drab brown color” that helps them camouflage into their environment, he said. Their bodies, excluding their legs, are typically two to three inches long.

Male tarantulas are sexually mature once they reach about 7 years old, and can live for about a decade. Females can live well beyond that — up to 30 years. The oldest tarantula on record was studied by scientists in Australia for 43 years, Cushing said.

Because this is not a true migration, the tarantulas stay in that region of the state year-round. They’re nocturnal, so they’re rarely seen in the daylight. When they hunt under a night sky, they typically stay in or near the burrows and eat their catches in the safety of their underground home.

While they have a few defenses — including urticating, barbed hairs they can flick off their abdomen into the face of a predator — they are far from the top of the food chain in southeast Colorado.

Because of these threats, males don’t typically live long after they have mated. Death by predator, car or starvation — or rather, lack of interest in eating anything — typically follow. And in some cases, if the female is cranky, she may eat him, Cushing said.

She said she hopes the “migration” motivates more people to visit that part of Colorado.