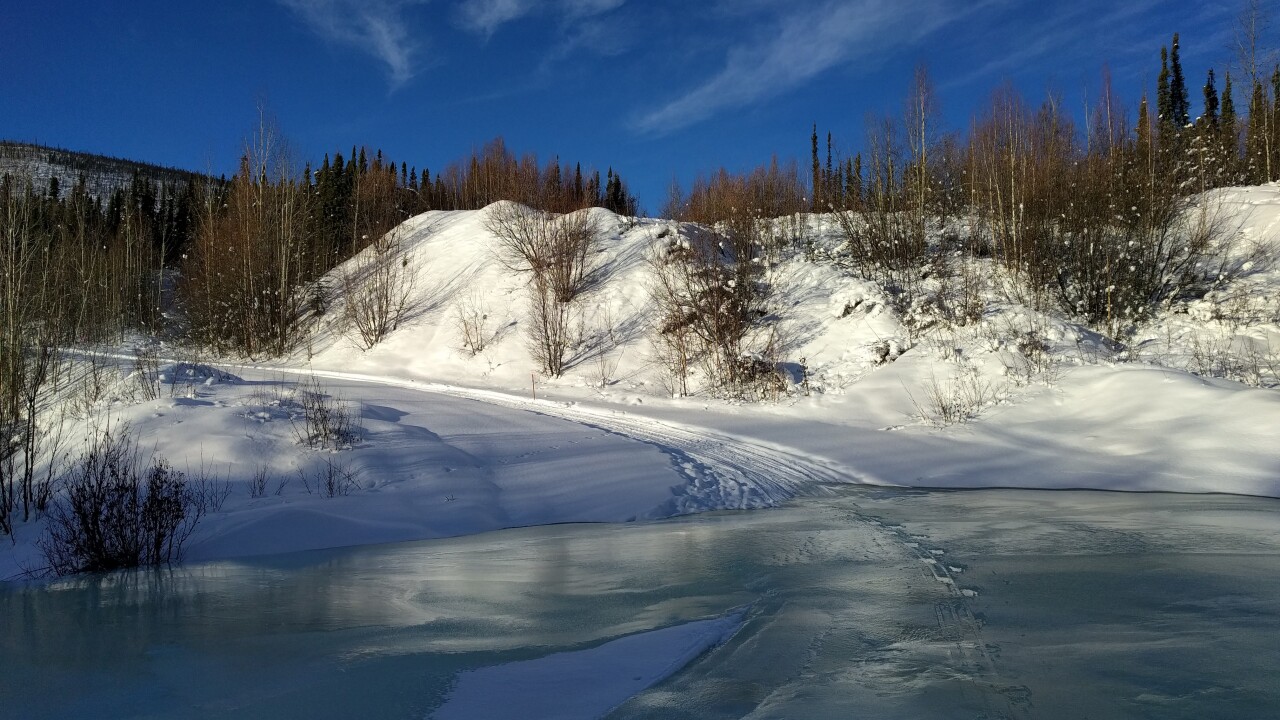 Daniel Benhammou
Daniel Benhammou participated in the 2017 Montane Yukon Arctic Ultra and is returning again this year for another go at the 430-mile race. 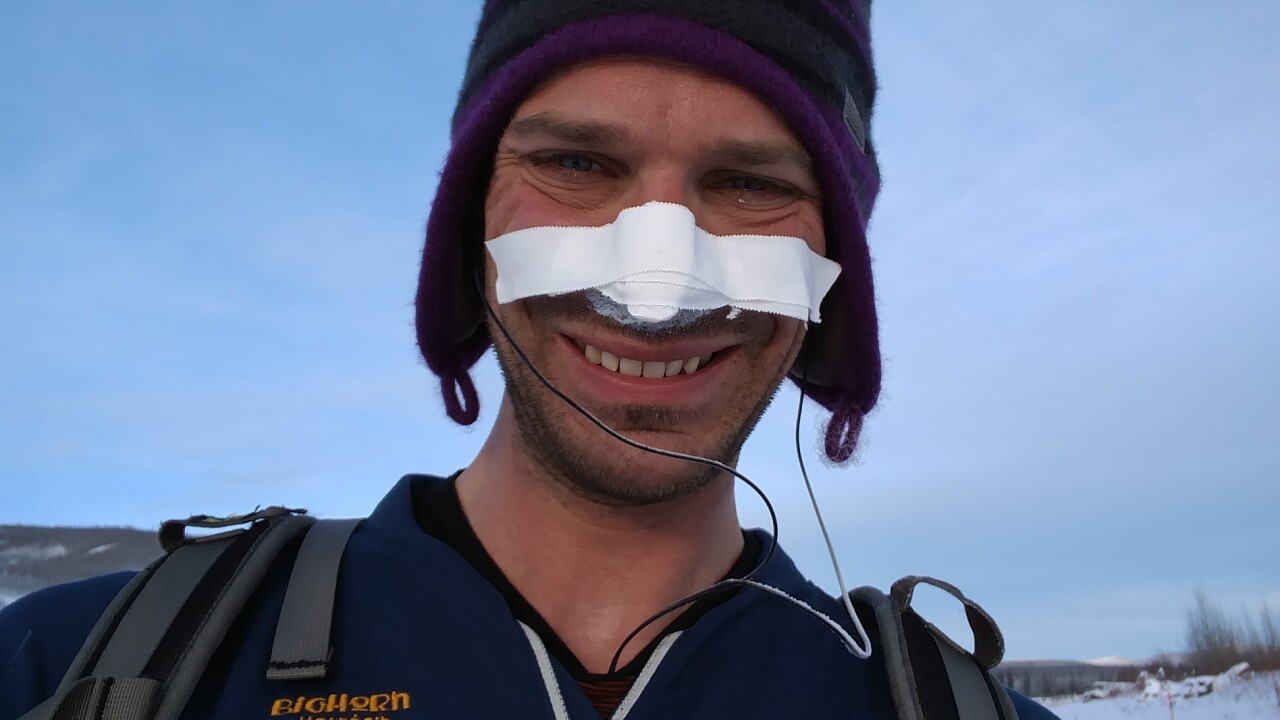 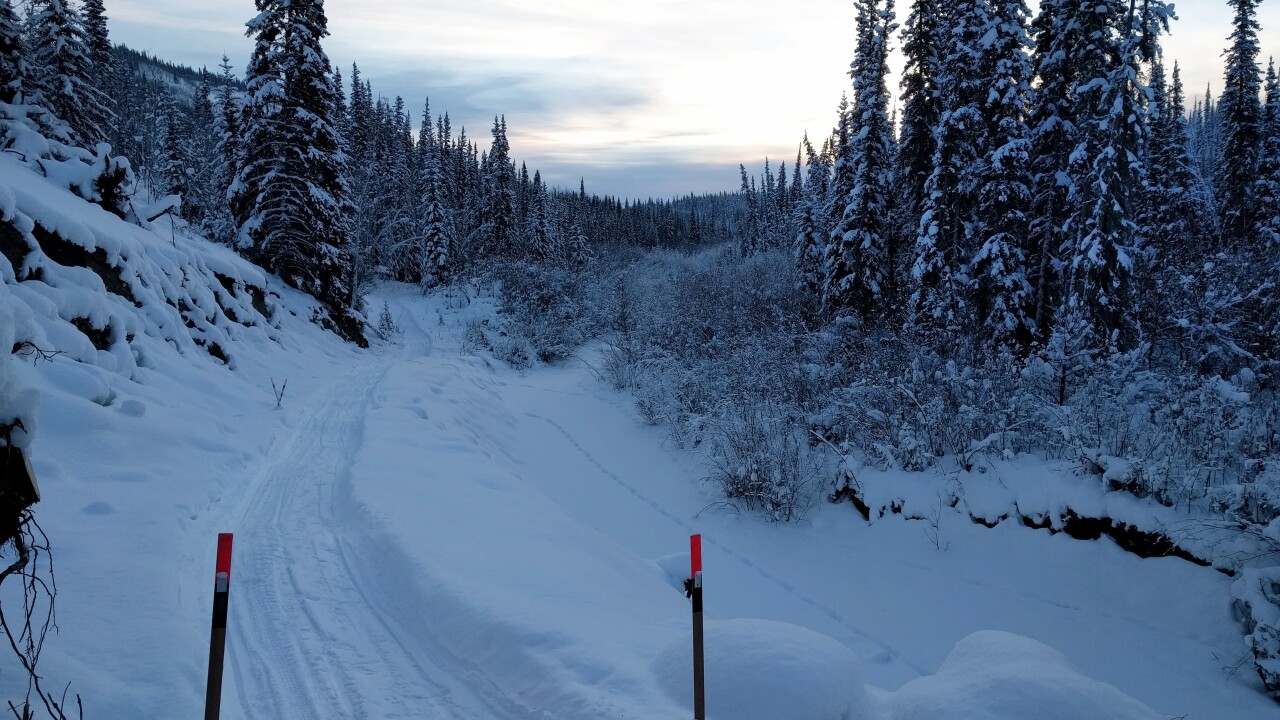 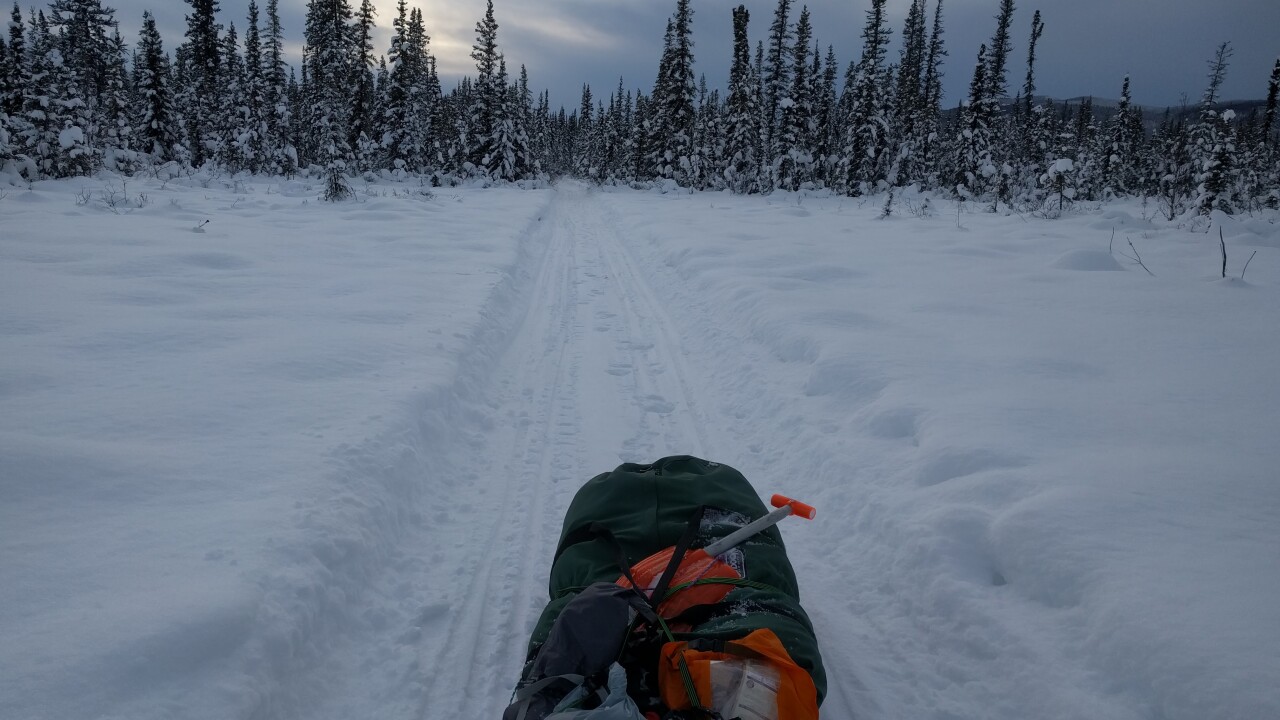 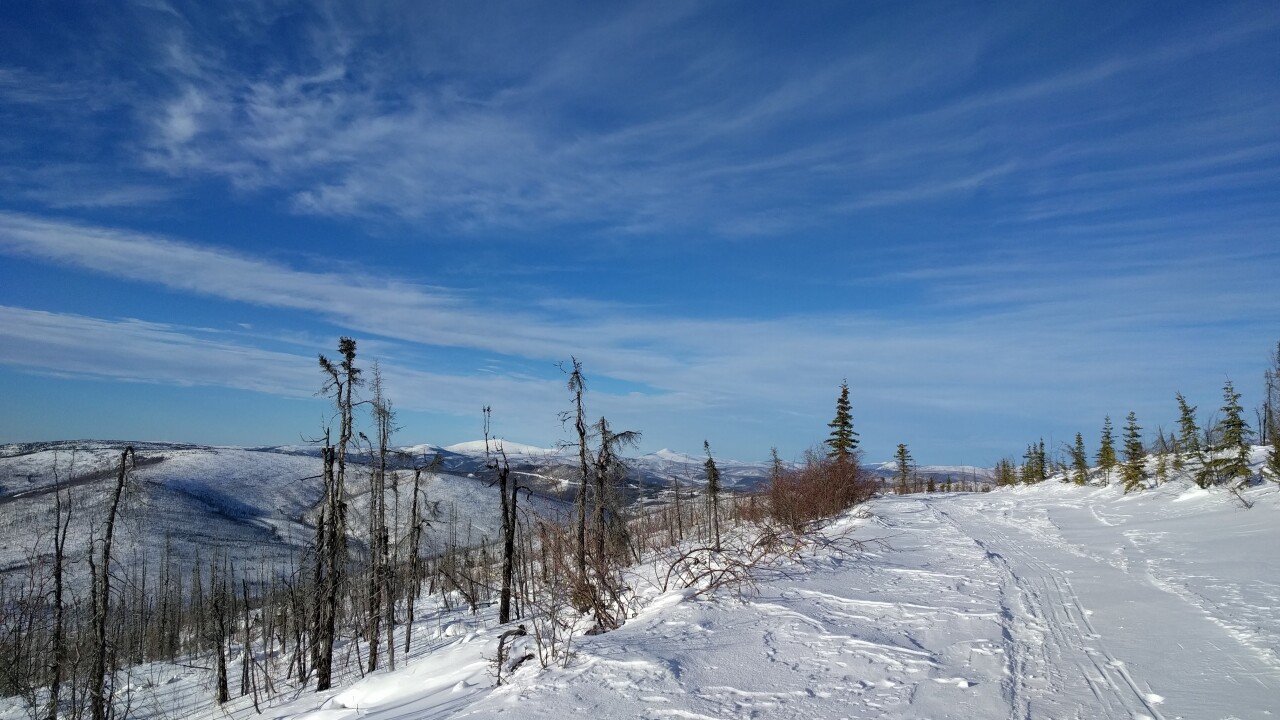 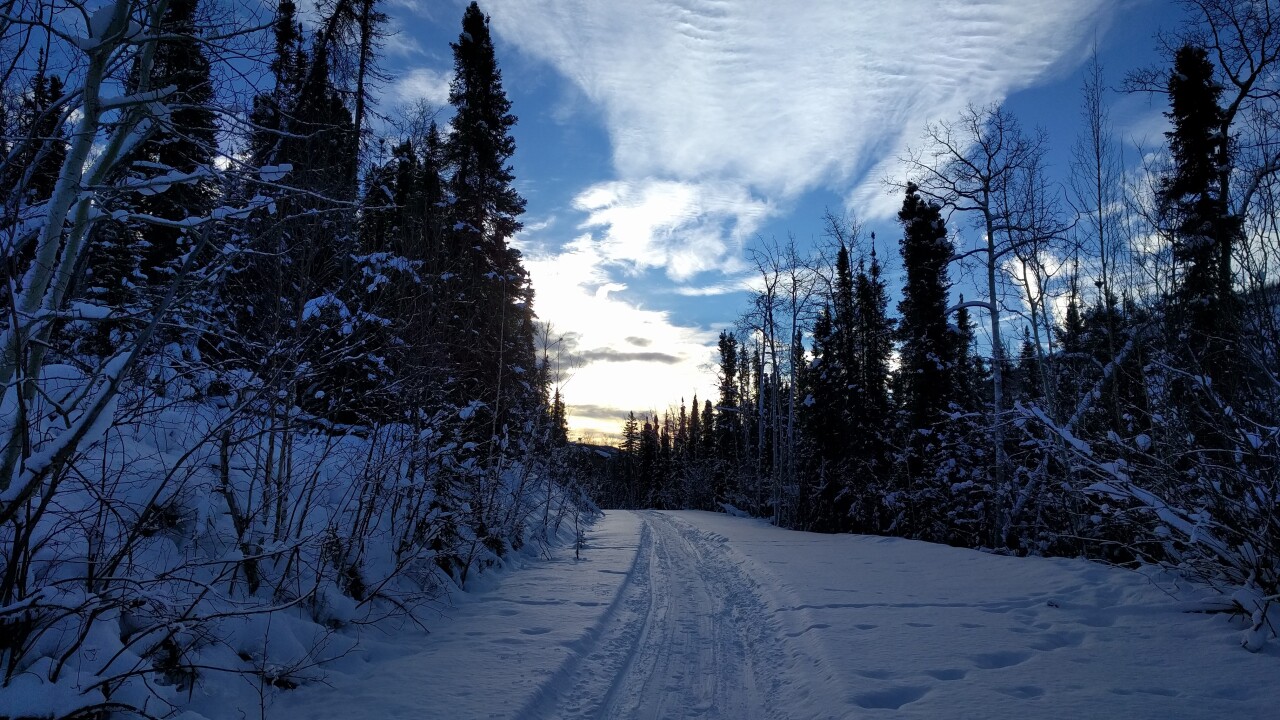 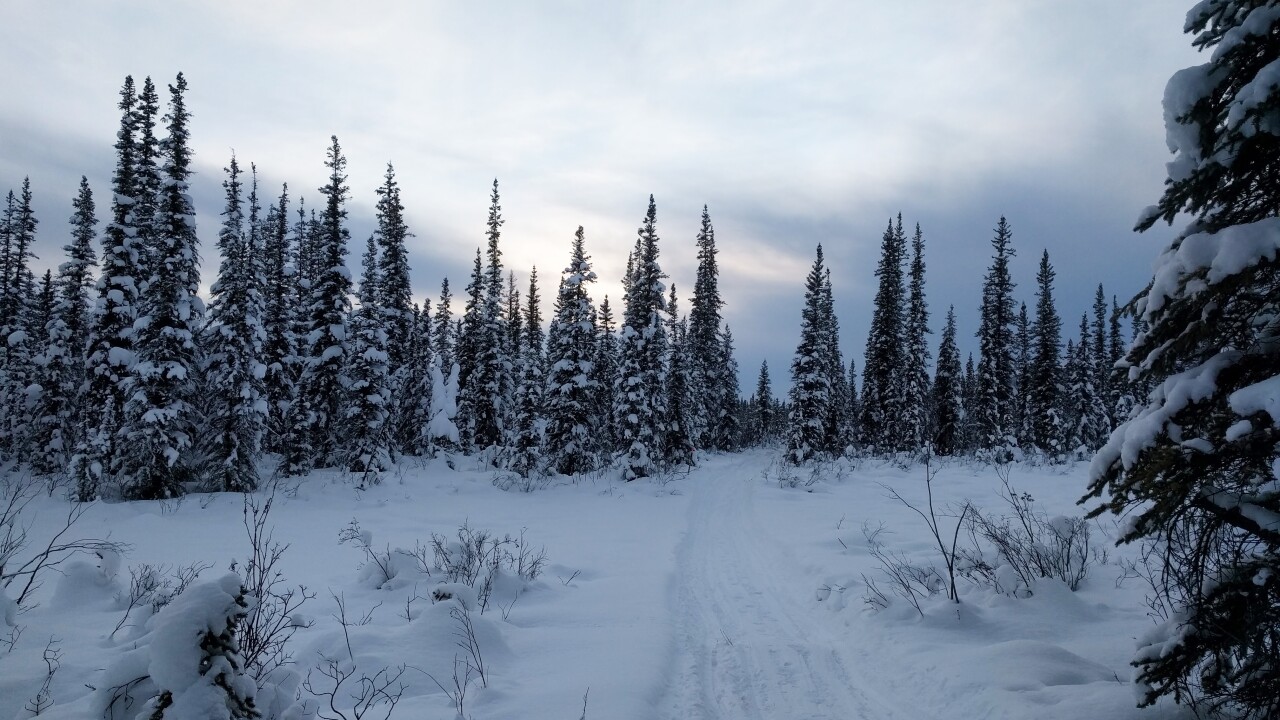 DENVER — After ten and a half days of trekking through sub-zero temperatures, strong winds and almost total isolation, Daniel Benhammou arrived in Dawson City, a small town in the Canadian territory of Yukon.

He had braved the wilderness willingly. In fact, he actually paid to do it.

It was 2017 and his first go at the Montane Yukon Arctic Ultra. With a handful of other adventurers, he had trudged on foot through potentially deadly conditions from the city of Whitehorse northwest to Dawson City — 430 miles in total — with a heavy sled in tow.

Back home in Denver, Benhammou soaked in the privileges of his normal life. Little things suddenly meant a lot more — a hug from one of his children, a hot shower, a comfortable bed, walking barefoot. They were small treasures.

“It’s an amazing feeling to get to the end (of the race) and know that you did it,” he said. “I definitely wasn’t set that I’d do it again. But, I had a really good time.”

And, apparently, that’s enough because he’s headed back to the start line for another biting, bone-chilling go at one of the world’s toughest ultramarathons.

Zero to 100. That is, quite literally, how 38-year-old Benhammou started running.

He was working on his Ph.D in mechanical engineering at the University of Colorado at Boulder when he learned about the Hardrock 100 in the San Juan mountains. The race throws more than 33,000 feet of elevation gain at runners over the span of 100.5 miles. Benhammou was intrigued. He said he wasn’t a runner — he had never ran a half marathon or even a 5K before, but something about 100 miles called his name.

After some research, he found a roadblock. He needed to qualify in another race to participate at Hardrock.

Still, something nudged him along. In 2005, he signed up for another popular Colorado ultramarathon, the Leadville 100 — which is nicknamed the “Race Across the Sky” because of its multiple climbs at high elevation — to qualify for the Hardrock 100.

As you may expect, Leadville was a tough introduction to running for Benhammou.

“I tried it and I failed miserably,” he said. “I made it like 40 miles. But I had so much fun. I was hooked… It’s like a giant team sport where everybody is on the same team. That was really, really cool.”

That introductory race sparked something in him and he started pursuing other ultramarathons.

To date, he’s completed more than three dozen 100-mile races. This past summer he finished the Hardrock 100 — the run that started it all — for the 10th time. A few years ago, he challenged himself even more with a 200-mile race in the Alps.

After that he decided he was ready for a new challenge. Something even bigger, longer, colder. So, he looked north.

About the Arctic ultra

The Montane Yukon Arctic Ultra is self-dubbed the coldest and toughest ultramarathon in the world. With temperatures that can fall beyond -50 degrees Fahrenheit, endless miles of snow and ice, river crossings and whatever else Mother Nature can throw, it has earned that reputation.

The 430-mile race begins in Whitehorse, which is the capital of the Yukon territory, and follows the Yukon Quest dog-sled race track up to Dawson City. Participants can opt to cover that distance, or the other options, which include a 300-miler, 100-miler and marathon, via bike, foot or skis.

For the most part, every 30-40 miles, they’ll come across a checkpoint. Only about half of these stations offer a place to go inside to warm up and dry off.

The course brings athletes through various terrains ranging from vast expanses on frozen lakes to thick pine forests with snowy, weighed-down branches. The course rolls up and down with a few mountains toward the finish line.

Anybody is welcome to sign up for the race, no qualifications needed.

“I think a lot of times people underestimate what they’re capable of and so I think this is an exciting opportunity to have a chance to push yourself and see where your limits are. I really like that they make it so accessible that anybody can sign up,” Benhammou said and then laughed. “Not everybody should, but anybody can.”

He registered for the 300-mile version in 2015 and encountered temperatures that fell to 60 below zero. His nylon dry bags fell apart in the cold. The wires in his headphones cracked.

“But, I found that I was OK,” he said. “I had a great time. With ultras in general, the first one is always the hardest because it’s really a question of, ‘Can you do it?’ Then, once you can do it, it’s a question of, ‘OK, can I do it better?’”

So, of course, he came back in 2017 for the 430-mile race. Over the course of about 250 hours, he slowly made his way through the terrain to the finish line, pulling his 70-pound sled and moving for about 20 hours each day. He usually slept only two hours each night, he said.

“There are definitely times that are really challenging, but I don’t think I’d do it if I were miserable the whole time,” he said. “It’s not worth it — getting to the end. It’s one thing if you’re running a marathon and you’re like, ‘OK, the next four or five hours are going to suck, but then I’ll be done.’ But to spend 10 days having a miserable time just to get to the end — I think I’d have a hard time with that… But I have a great time during the race.”

He loves the cold of the north.

While daylight is a “rare treat” in the Yukon winters, the nights are beautiful too, Benhammou said.

“You get up there and the nights are super clear, especially when it’s really cold,” he said. “If you’re lucky, you can see the Northern Lights. The stars are amazing. When there’s a full moon you don’t even need a headlamp. The snow is so bright. It’s really incredible.”

That said, he’s well-aware of the dangers the breathtaking, but below-freezing, environment can pose for a person.

That means in addition to working on his physical endurance, he had to train his body to handle those conditions. He focused on mastering tasks like building a fire quickly, melting snow in freezing temperatures, climbing into a sleeping bag as fast as possible and more. On some training runs, he’d run to a certain point, build a fire as fast as he could, put it out and run back, he said.

“Being able to figure out some of those things ended up being really, really helpful for staying warm,” he said.

Learning how to stay dry throughout the journey was another challenge.

“You want to move fast enough to keep warm, but you want to make sure you’re not sweating much because you don’t have a place to dry out,” he said. “You might have 150 miles between checkpoints where you can go inside and try to dry things out so it’s really important that you keep your insulation and your down pillow dry.”

On weekends, he would head out to Leadville with a friend from Boulder to practice running in the colder weather.

Throughout the week, Benhammou sticks closer to home. He wakes to run around 4 a.m. before everybody else in the house wakes up, he said.

He has a wife, a 5-year-old and 3-year-old twins at home. His wife is very supportive of these sorts of adventures and his children, while too young to understand the details, understand that dad races often, he said.

“The truth is, while these events are called self-supported, few of us live in a vacuum,” he said. “I am incredibly fortunate to have an amazing wife who understands my desire to push limits and supports me every single day. She is the one who makes this race possible for me by single-handedly caring for our three small children while I trek through the frozen tundra.”

Benhammou flew to Canada Friday and is preparing for another go at this rugged race. He said he hopes to finish in 220 hours, which is about a full day faster than his 2017 time.

On Friday morning, race organizers said the temperature at the start line was about -10 degrees Fahrenheit, and temperatures weren’t expected to change that much on Sunday, when the race starts.

“Now that I am only 48 hours away from the start of the race, the excitement has really started to kick in,” Benhammou said. “I am really determined to run the best race I can and promised my 5-year-old that I would run as fast as I can to get back home as quick as possible. Getting home really is tremendous motivation.”

He may have 430 miles ahead of time, but — do you notice a pattern? — he’s already looking ahead to future adventures that are even bigger than crossing the Yukon.

He smiled as soon as he started talking about the Iditarod Trail Invitational, a 1,000-mile trek through the Alaskan wilderness.

“I have my eyes set on that in the future, but I’m going to wait until my kids get a little bit older,” he said.

He said he wouldn’t want to burden his wife with caring for their kids for that long. But once they’re older, he hopes to revisit the idea.

It would be another race to add to his resume. Another well-earned finish line celebration.

“At the end, with ultras in general… You race for yourself,” he said. “That’s a really neat thing. Having these types of events is very special.”

To keep up with Benhammou as he makes his way across the Yukon, visit the race's tracking website here.

Spirit of Our Colorado: This online series highlights the extraordinary things your not-so-normal neighbors are doing in the outdoors. Do you know somebody pursuing something wild, inspiring or just downright daring? If so, please send information to Stephanie Butzer at stephanie.butzer@thedenverchannel.com. And join the Our Colorado | Through your photos Facebook group if you love sharing pictures of our state.