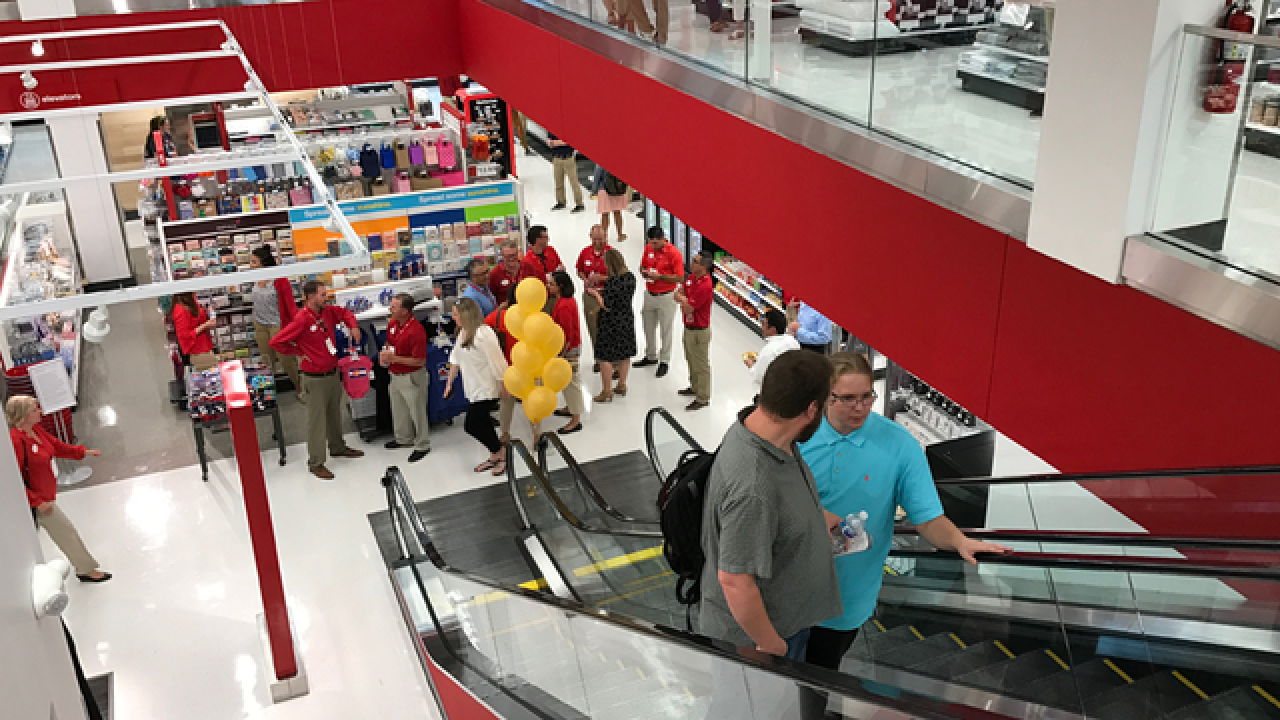 DENVER — Target’s new store on the 16th Street Mall in downtown Denver won’t open until this Sunday, but we took a sneak peek at what shoppers should expect from the retailer’s new small format store.

The 28,000 square-foot store occupies the second and third floors of the building on the southeast corner of 16th and California.

The store’s layout and product offering differ slightly from a traditional Target, but the store feels very much like a Target with the familiar red paint and most – if not all – departments represented.

See a slideshow of the new store by tapping on the image below or clicking here.

The retailer is attempting to cater to the urban shopper with its smaller stores and is accelerating the pace of opening new small-format stores in dense urban and suburban areas and on college campuses.

By the end of 2019, the mass-merchant plans to operate more than 130 small-format locations nationwide. The 16th Street location is Target's first one of this type in the state.

The city of Denver approved a $4 million incentive package for the retailer last year.