Taiwanese president to dine in Denver during US visit 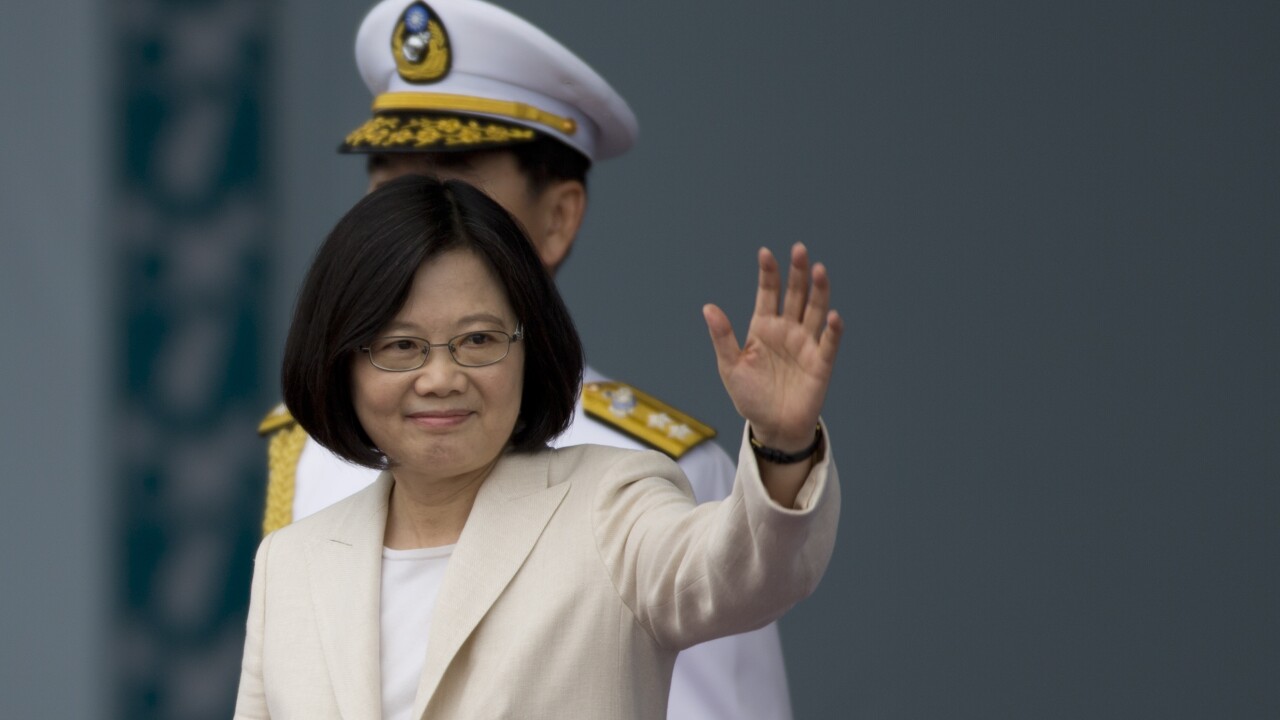 Ashley Pon/Getty Images
TAIPEI, TAIWAN - MAY 20: Taiwan President Tsai Ing-wen waves to the supporters at the celebration of the 14th presidential inauguration on May 20, 2016 in Taipei, Taiwan. Taiwan's new president Tsai Ing-wen took oath of office on May 20 after a landslide election victory on January 16, 2016. (Photo by Ashley Pon/Getty Images)

DENVER (AP) — Taiwan's president will dine in Denver Friday during a visit to the U.S.

President Tsai Ing-wen plans to stop in Colorado for two days on her way back home after visiting Caribbean countries where Taiwan has diplomatic relations.

She will dine Friday at a Denver hotel with officials, some of whom will come from Wyoming, which recently opened a trade office in Taiwan.

Tsai considered visiting Cheyenne during the trip but decided not to because of logistical difficulties.

The potential visit led to a verbal skirmish between Gov. Mark Gordon and Cheyenne Mayor Marian Orr over planning.

Orr plans to attend the Denver dinner. Gordon says he has a scheduling conflict.