Suspects in multi-state crime spree, including deadly shooting in Denver, arrested in Oregon 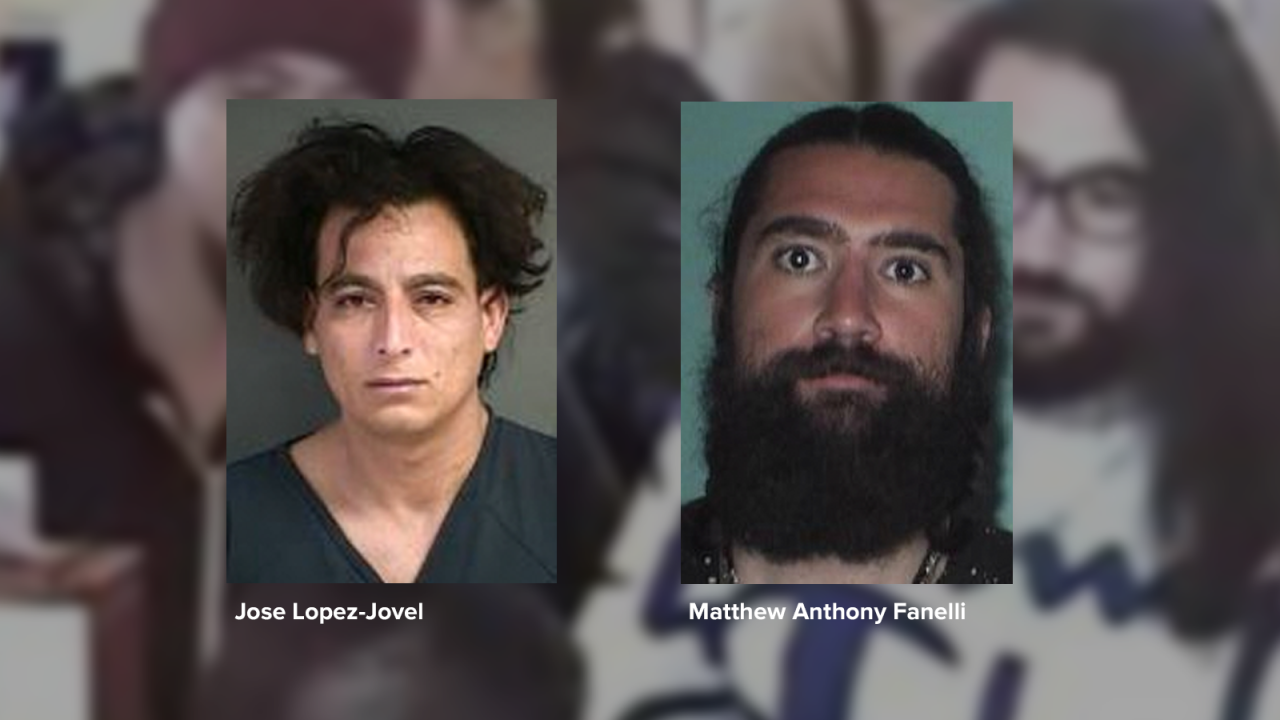 ROSEBURG, Ore. — Two men authorities say are associated with a multi-state crime spree, including a deadly carjacking in Denver, have been arrested in Oregon.

Jose Lopez-Jovel, 31, from El Salvador and Matthew Anthony Fanelli, 30, of New Mexico were arrested in Roseburg, Oregon Saturday evening following a shootout and high-speed chase with police, according to a release from the Oregon State Police.

Denver police suspect Fanelli is linked to a deadly carjacking in west Denver early Friday morning. Police said a man, whose identity has not been released, was shot and killed and his Cadillac STS stolen during a carjacking near the intersection of Perry Street and West Colfax Avenue around 2 a.m. on Feb. 22.

Fanelli is also a suspect in a shooting just hours earlier outside Déjà vu Showgirls, a Colorado Springs strip club. Investigators said Fanelli began shooting toward the club’s manager and a bouncer after getting thrown out. Nobody was injured. An El Paso County Sheriff’s Office release states Fanelli was accompanied by a Hispanic male and a female employee who ran out naked.

After the Denver shooting, the suspect in the stolen Cadillac eluded authorities after a brief chase on Interstate 25, police said. Hours later, the stolen vehicle was linked to a Cheyenne convenience store robbery and a bank robbery in Park City, Utah.

Saturday evening, Oregon police were called to a Red Robin Restaurant in Roseburg on a report of an attempted carjacking. When police arrived, Fanelli took off in his original vehicle, leaving Lopez-Jovel behind at the scene where police were able to take him into custody, according to the release.

Fanelli was later spotted by officers eluding southbound on Interstate 5 in Oregon. During the pursuit, police said Fanelli shot toward pursuing officers. One of the bullets struck an occupied car seat in one of three vehicles the suspect hit, according to the release. An Oregon State Police patrol car was also disabled during the shooting. No injuries were reported.

Oregon State Police said the Fanelli was able to lose police and at some point attempted to carjack a man and woman driving home. Faneli allegedly shot and critically wounded the man and assaulted the woman but did not leave with their vehicle, the release read.

Authorities later disabled Fanelli’s vehicle and took him into custody. Both men were booked into jail on multiple charges.