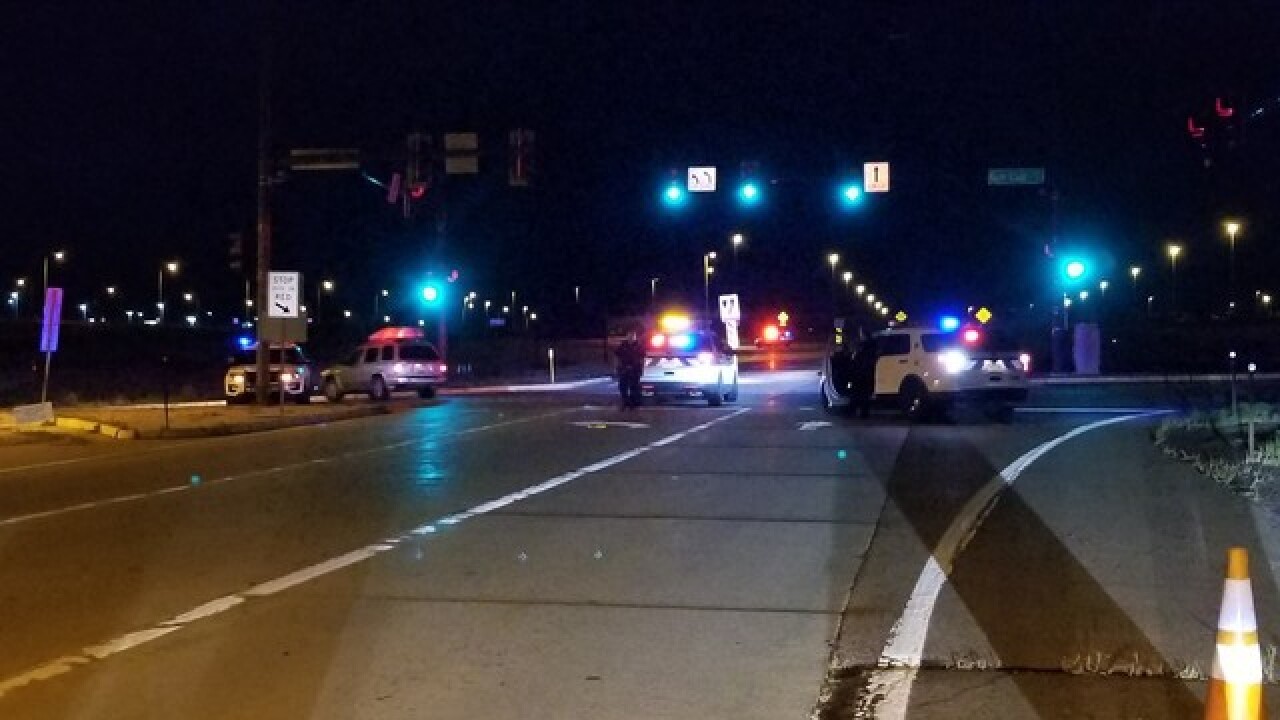 DENVER — Police are looking for suspects who fired shots at officers and stole a car from the Pikes Peak parking lot at Denver International Airport.

Around 1:15 a.m., officers attempted to contact auto theft suspects in the 24700 block of E. 75th Avenue, which is near several car rental businesses. Denver police spokesperson Doug Schepman said two cars were stolen from the Hertz Rent-a-Car and were abandoned nearby with flat tires. When officers responded, they found two suspects. One or both suspects opened fire on the police, but no one was struck, Schepman said.

Police believe the suspects fled to the nearby Pikes Peak parking lot where they carjacked a silver BMW with a woman inside and left the area.

The woman inside the car got away around Havana Street, north of I-70. She talked to Denver7 later in the day, but wanted to remain anonymous.

“I just arrived at Pikes Peak around 1 o’clock in the morning and got in my car and paid at the gate, and as soon as I pulled away from the gate a man popped up from the dark and came right to my car. I kind of tried to avoid him and drive around and he came up and put a gun to my head," she said.

With a gun pointed to her head, The victim said the man made her drive away at dangerous speeds, coming close to hitting an approaching police vehicle as they made their way down Pena Boulevard.

At one point, the suspect took over and started driving. She said she jumped out of her car while it was going about 40 mph on Havana.

"I though that injury would be much better than being shot," she said.

The victims was treated for a head laceration.

#breaking .@DenverPolice investigating a carjacking with shots fired at officers, 24588 E 75th at DIA. Vehicle has been recovered, driver (victim) treated for minor injuries. No officers injured. More details at 430am @DenverChannel pic.twitter.com/SodOIxQAsB

The BMW was found unoccupied shortly after 3 a.m. in the 1600 block of N. Ulster Street.

Police are reviewing surveillance video in an attempt to identify the suspects, who were still at-large.