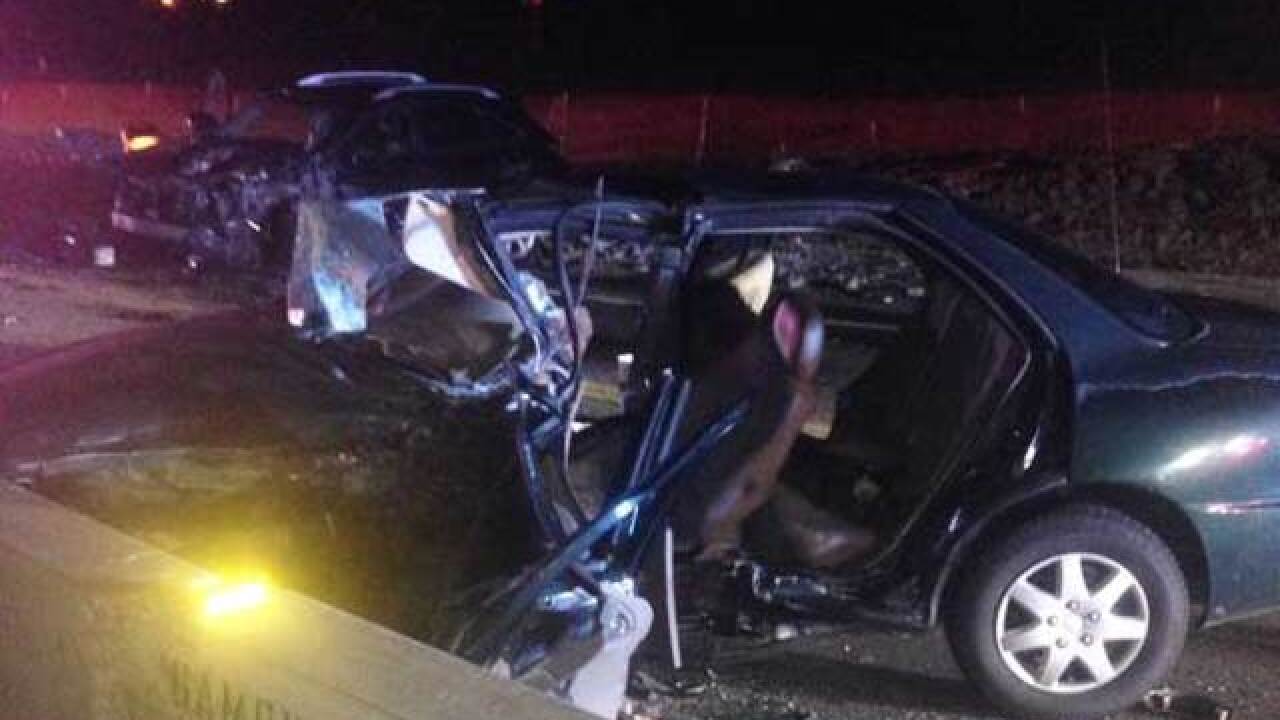 The crash happened on Arapahoe Road around 1:30 a.m., between Liverpool and Euclid.

The Arapahoe County Sheriff's Office told Denver7 the suspected drunk driver was seriously injured, the other driver has minor injuries.

On Twitter, the Sheriff's Office said amazingly no one was killed.