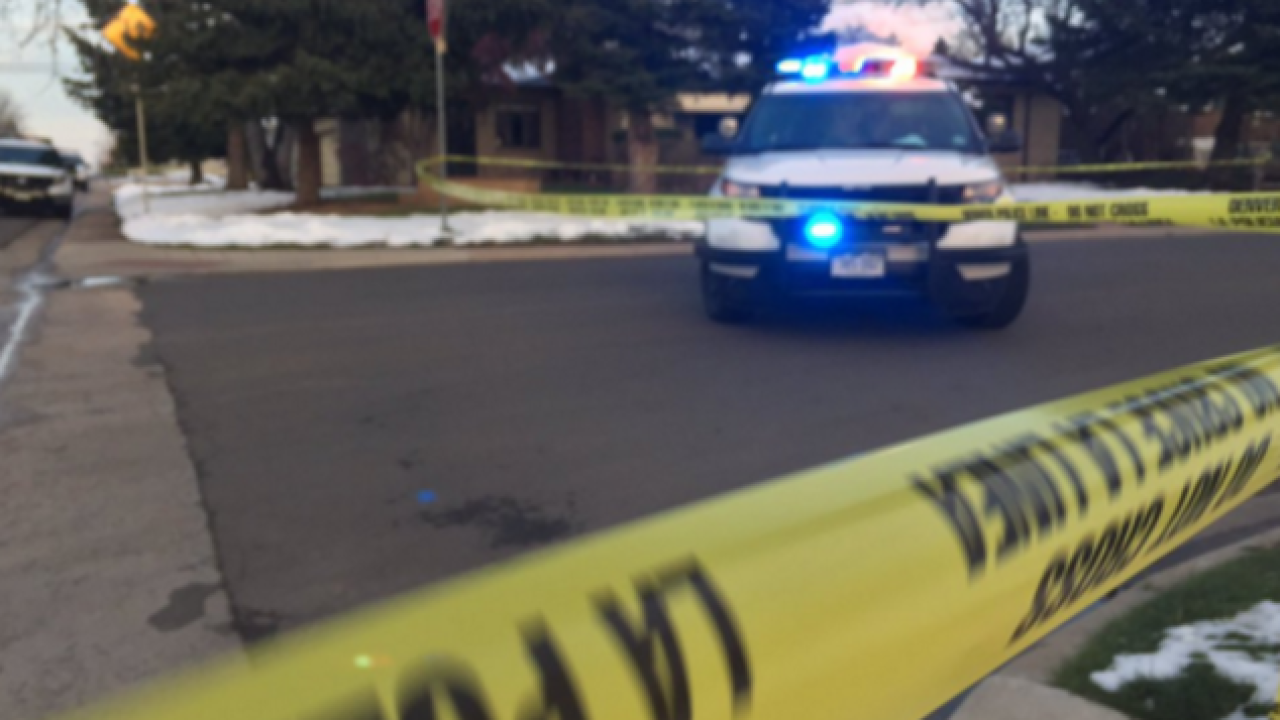 Officials with the Denver Police Department say someone has been shot following a home invasion.
When officers arrived at S. Vallejo St. and W. Ohio Ave, they took the suspect -- who family and neighbors had detained -- into custody.
The victim was found a few minutes later in the 500 block of Bryant St., where he was transported to hospital with non-life threatening injuries

Further details were not immediately available.