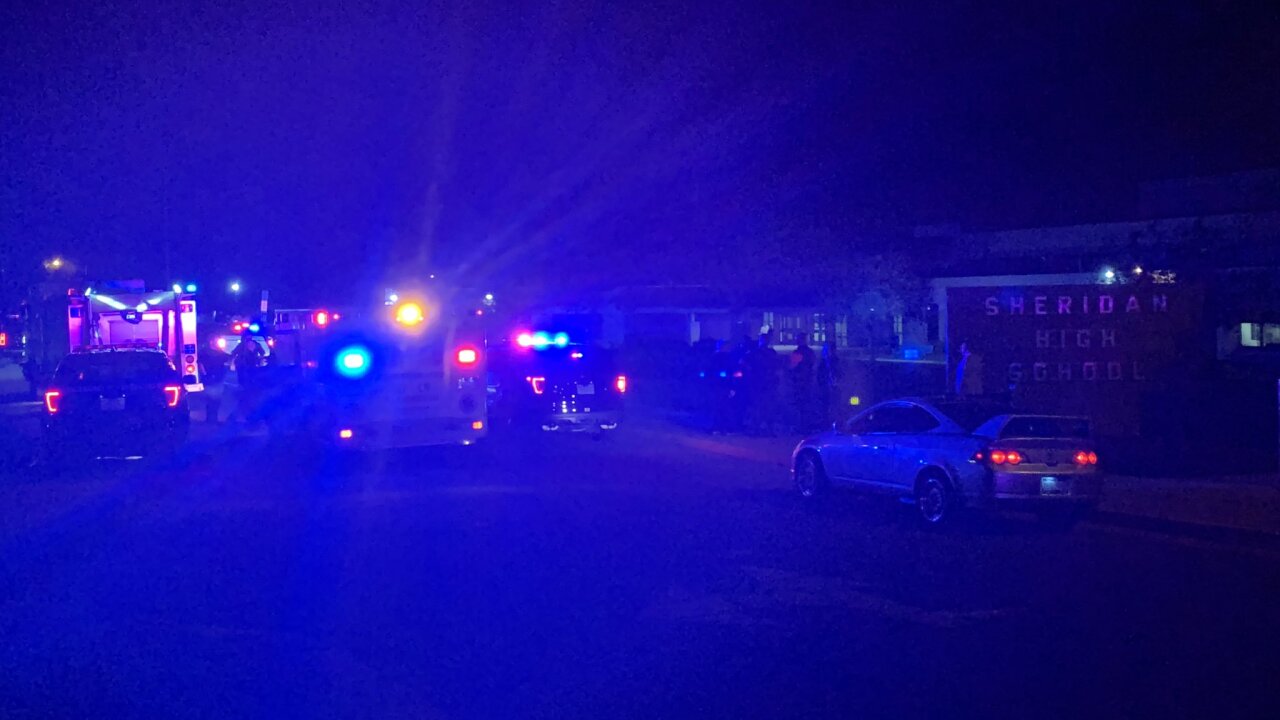 SHERIDAN, Colo. — The suspect in a shooting in the parking lot of Sheridan High School has turned himself in, police announced Thursday.

Police have not publicly identified the suspect or release any further details about the shooting, which took place Tuesday night and left one Denver Public Schools student injured.

Police said the suspect and victim, who were familiar with each other, were involved in a verbal fight when the suspect pulled out a gun and shot the victim around 7:44 p.m. Tuesday.

As of Wednesday, the victim was recovering from surgery at an area hospital.

School officials had canceled classes district-wide Wednesday as they searched for the suspect. School was back in session Thursday.