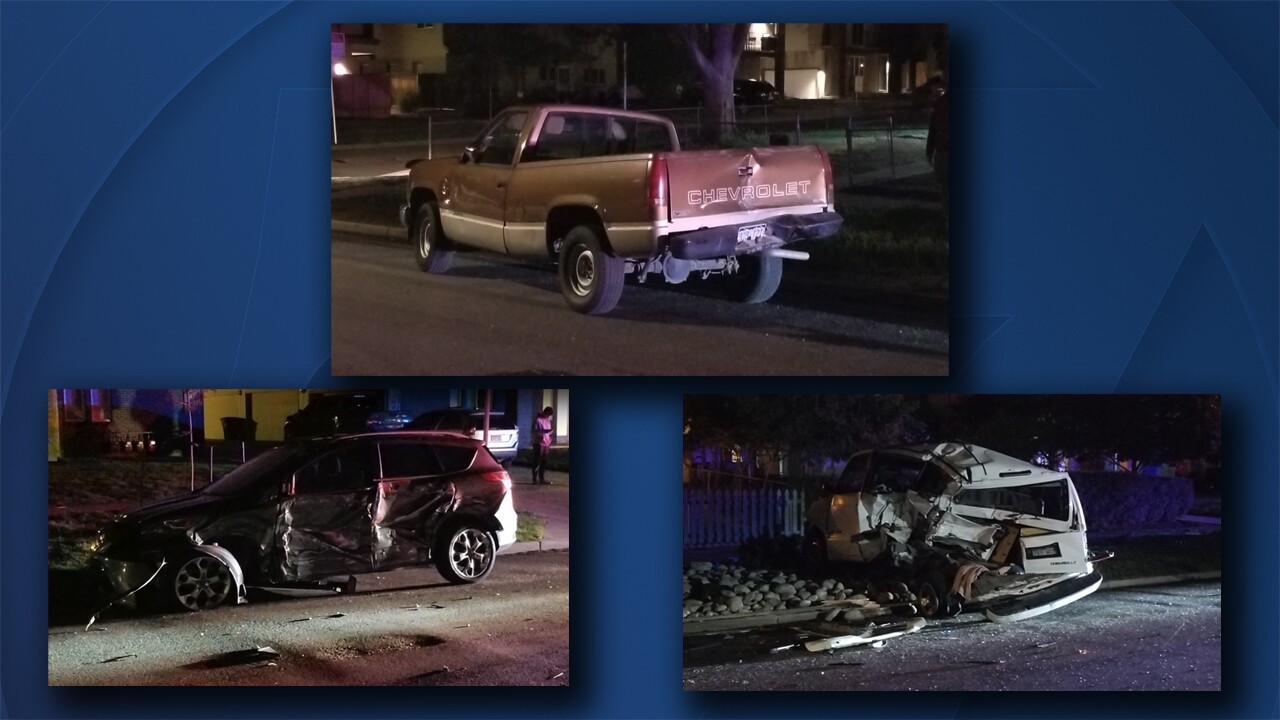 DENVER — Denver police are searching for the driver of a GMC Yukon who struck five unoccupied cars along a residential street before fleeing on foot.

The Denver Police Department said the driver struck the five cars, which were all parked along the 3400 block of W. 16th Avenue — between King Street and Julian Street — early Tuesday morning.

The cause of the crash and identity of the driver remain under investigation, police said.

No injuries were reported.

Anybody with information on the suspect is asked to call Crime Stoppers at 720-913-7867.