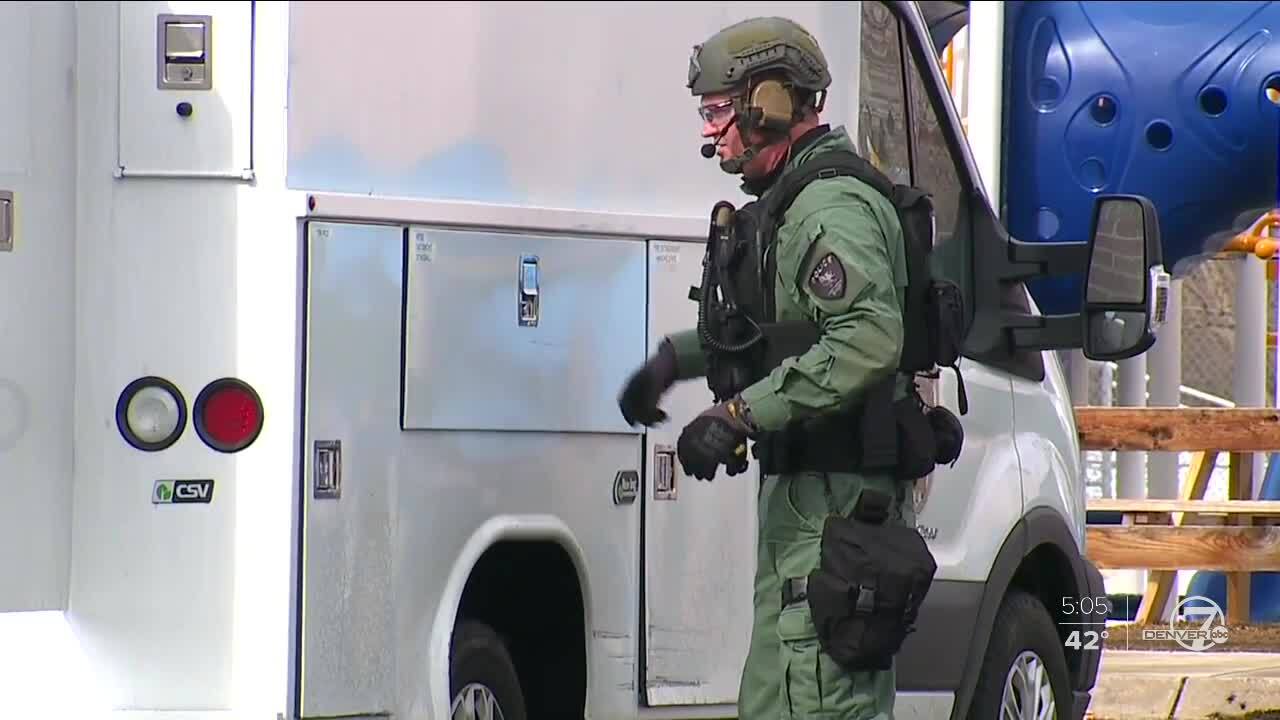 WHEAT RIDGE, Colo. — A 63-year-old man who had barricaded himself inside a Wheat Ridge home for several hours Sunday was taken into custody after a self-inflicted gunshot wound to the head, according to Wheat Ridge police.

Wheat Ridge police were asking residents to shelter in place Sunday morning after shots were fired at a home in the 3900 block of Quay Street.

A man was shot in the hand and taken to a hospital about 9:20 a.m., police said. Officers were still negotiating with a barricaded suspect about 10:30 a.m.

Additional attempts to get the suspect into custody were unsuccessful, and additional gunshots were heard from inside the home, police said.

A robot determined the scene was safe, and SWAT entered the residence taking Jay Rossow into custody with a self-inflicted gunshot wound to the head. West Metro Fire transported Rossow to an area hospital, according to a Wheat Ridge police news release.