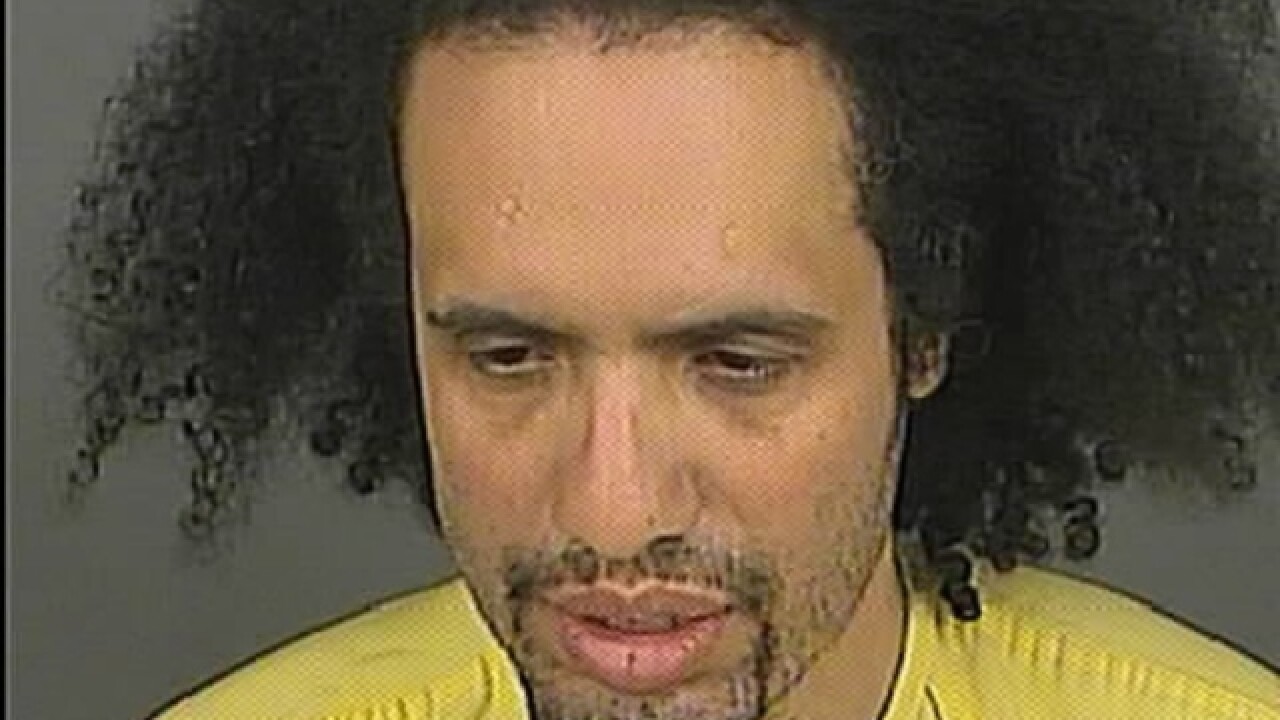 A man suspected of using a machete to attack another man who was walking down the sidewalk has been arrested by Denver Police.

Police say the got a report of a man waving a large knife and behaving erratically near Colfax Avenue and Broadway Street Tuesday morning.

Officers chased him on foot and were able to catch up with Moretta.

During the chase, Moretta dropped a backpack which contained a large, black machete that had blood on it, police said.

Officers searched the area and found the victim sitting in the area, with a large laceration to his head.

Investigators said the victim was walking towards Lincoln from Broadway Street when Moretta approached him and started striking the victim with the machete. Police said the attack was unprovoked.

Moretta was arrested for aggravated assault.